WeWork Seeks More Than $4 Billion from Banks, Why Is WeWork India Seeking Another $200 Million? 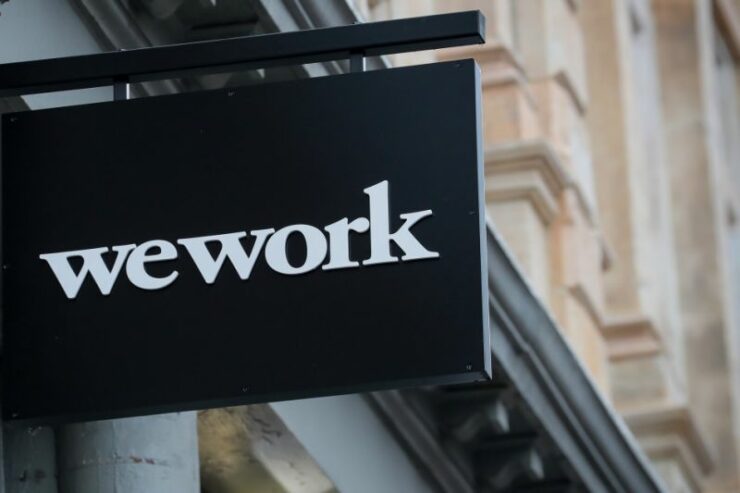 The We Company is seeking as much as $4.5 billion in new capital while WeWork India is seeking $200 million in fresh money after a local lender in India pulled out from its promise of $100 million in funding.

Before the collapse of the firm's IPO, parent company The We Company made headlines for all the wrong reasons:

August 20th: We were one of the first sites to report that WeWork might have been intentionally misleading investors with a needlessly complicated S-1 filing

Sept 5th: WeWork was forced to slash its IPO valuation target by over half from $47 billion to somewhere in the low 20s.

Sept 30th: WeWork canceled its ill-fated IPO indefinitely after its CEO was forced out by Softbank.

Speaking of SoftBank, make sure to read an excellent op-ed by our Finance editor Adrian Ip. Softbank was the principle and largest investor in WeWork to the tune of billions of dollars and has been at the heart of several less-than-stellar technology IPOs in recent times. Softbank has been said to have absorbed more than $5 billion in losses thanks to Uber (NYSE:UBER), Lyft (NASDAQ:LYFT) , and WeWork.

WeWork India a separate franchise, still feels the sting of the canceled IPO

In a topic of peculiar interest, WeWork India is actually a self-encompassed franchised arm that has its own investors and owners, including the Embassy Group which made its name in Indian real estate. Whatever WeWork does in the U.S., actually doesn't directly affect coffers at WeWork India.

The franchise's largest shareholder Jitu Virwani, the chairman of Embassy Group, said the venture was seeking $200 million in new funding after a local lender pulled out at the last minute. He told Reuters that the failed IPO was having an obvious and direct effect on their ability to raise money, despite it being a separate entity. Virwani said that WeWork India's own investors injecting their own funds as capital into the company wasn't out of the question.

Yes, it [the We Company's IPO failure] has been a bit of a challenge for us, we had a bit of a setback when we were looking to raise $100 million from ICICI [Indian lender]. But we've decided to put our own money into the business [if required].

While WeWork India is independent and feeling the secondary effects of the disastrous non-IPO, back home in original WeWork and owner The We Company is said to be seeking new capital from both its primary provider, Softbank, but from JPMorgan as well.

Top company executives were said to be close to securing a $3 billion debt package from JPMorgan CNBC reports. However, JPMorgan wants to see if SoftBank has the confidence to plug another cool billion dollars into the shared real-estate unicorn. If SoftBank and CEO Masayoshi Son decides to fork over the funds, then JPMorgan may agree to inject another few billion.

WeWork could run out of money by the end of June 2020 if it doesn't raise new capital. The startup has burned over $2.3 billion already this year so something must be done.

Of course, with around $10 billion (!) invested in The We Company, SoftBank has much more to lose than most large investors. The We Company was once valued at $47 billion, and some analysts had gutted their valuation down to just $10 billion before the IPO was canceled. SoftBank will most likely move to invest another $1-1.5 billion into The We Company as a last resort in order to pull other investors back onboard. This is all in an attempt to buy itself time to oversee a restructuring of the company under a new CEO.