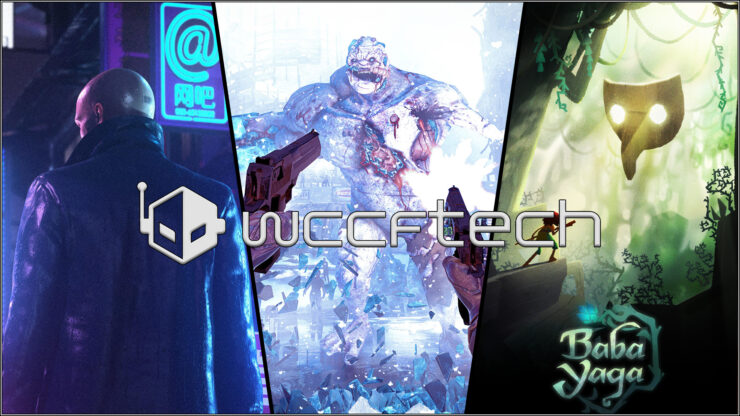 2020 was, undeniably, the year for VR. I mean this in many ways. A global pandemic that has kept people inside has allowed VR to show the myriad of possibilities it offers for work, education and entertainment. Also, as I covered in my best games of 2020 list, VR has finally had its first true hit app and the showing of support from major publishers.

While 2021 likely won't feature a title of the stature and magnitude of Half-Life: Alyx, there's always a good chance that we'll see excellent VR releases like The Walking Dead: Saints & Sinners, as well as VR versions, or support, for huge titles like Microsoft Flight Simulator and Star Wars: Squadrons. Games from big publishers have been announced, such as Assassin's Creed VR and Splinter Cell VR, though it's unlikely to expect them this year. One can hope they are better than titles like Medal of Honor: Above and Beyond.

So, which VR titles should you be looking forward to? Let's have a look. 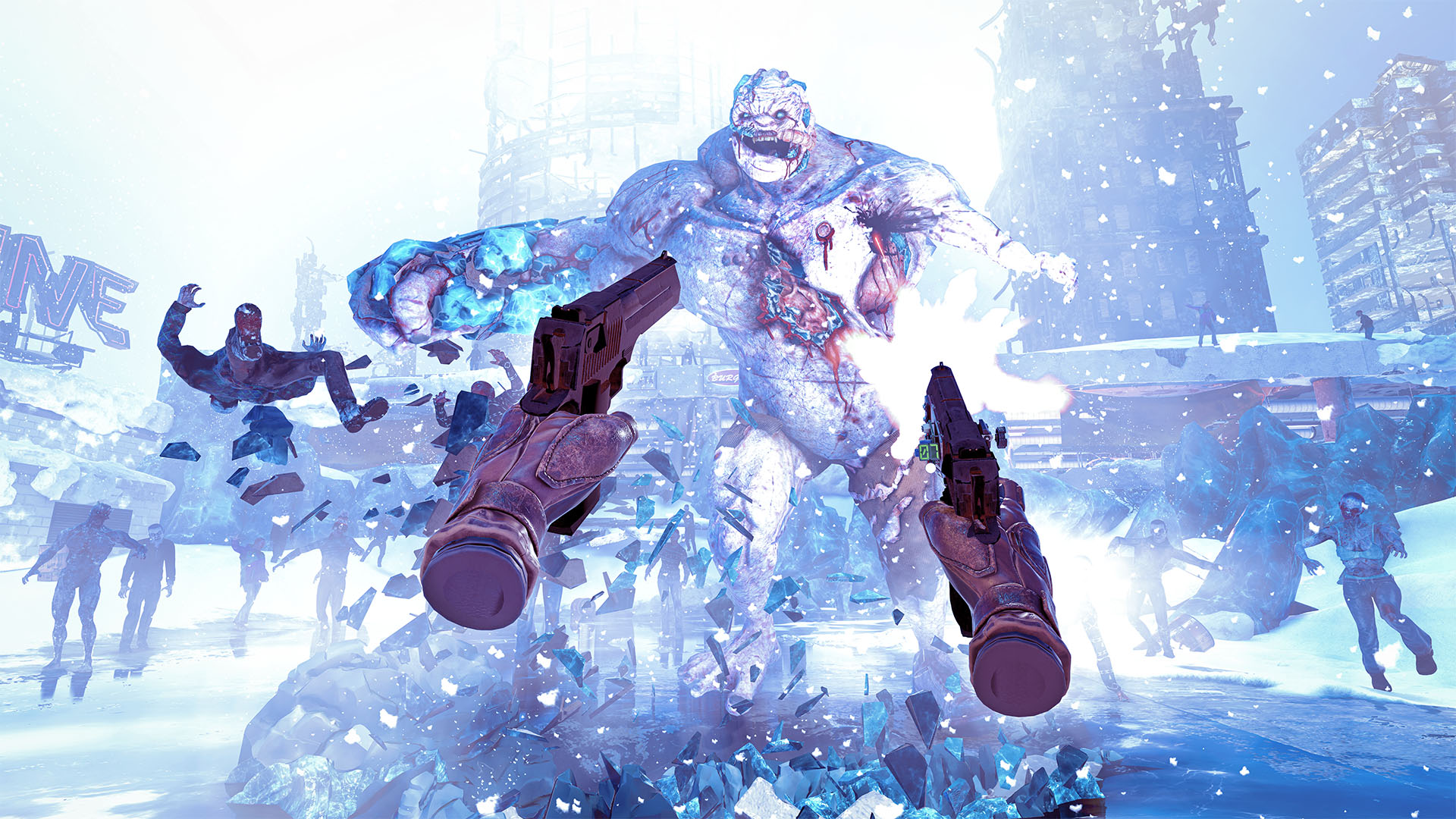 After the Fall has been coming out for what feels like ages now following its initial announcement for the virtual boy and more delays than Duke Nukem Forever, we're going to see the next release from Vertigo Games (Arizona Sunshine), and it's one I'm looking forward to. Set in a post-apocalyptic Los Angeles that looks to be a combination of The Day After Tomorrow and Left 4 Dead, you're going to be facing off against hordes of snowbreed, and other giant monsters, while partnering with three other people in what is described as a "living, breathing, VR world".

There's little doubt that Vertigo Games have the calibre to pull off such a title. Arizona Sunshine is, arguably, the first "AAA" VR titles to have ever been made and is still a genuinely good game. While After the Fall is already close to the finish line, there has likely been extra support available following Vertigo Games' acquisition by Embracer Group (THQ Nordic, Deep Silver), helping to push the game even further than originally expected. 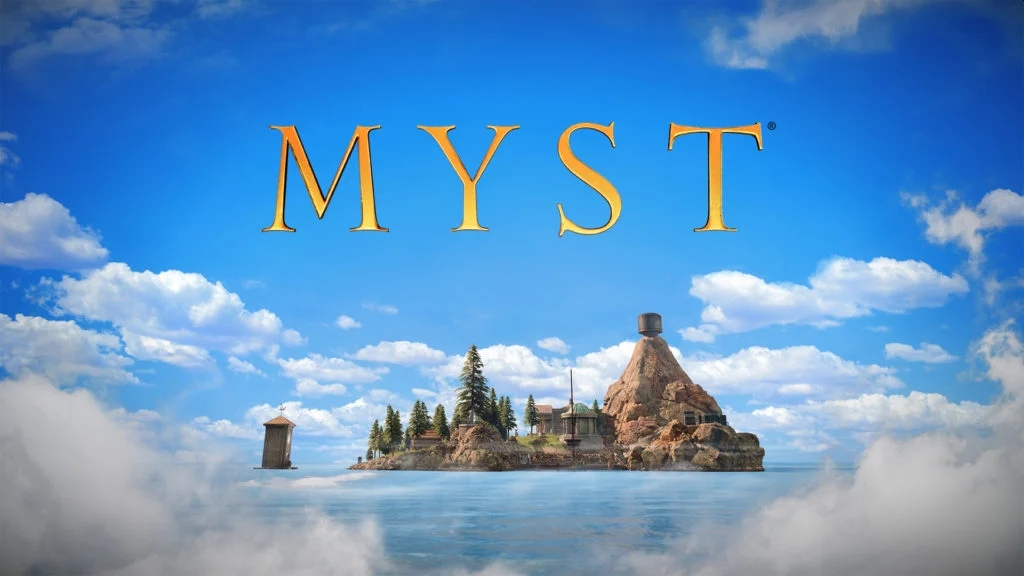 It's honestly hard for me to think of a game that more suits the idea of VR than Myst. If there ever was a game that is emblematic of a genre, it is Myst for adventure games. As the genre has advanced, particularly the walking simulator and adventure-puzzle style games, it has already proven itself a perfect game and genre to transfer to VR.

Myst already looks like it's full of fantastic environments, and Cyan has proven themselves, with Myst and Riven, at adventure games. This is also not their first foray into VR. Obduction, a spiritual successor to Myst and Riven, was also ported to VR. This being a game designed from the ground-up to utilise VR, it's something to look forward to. 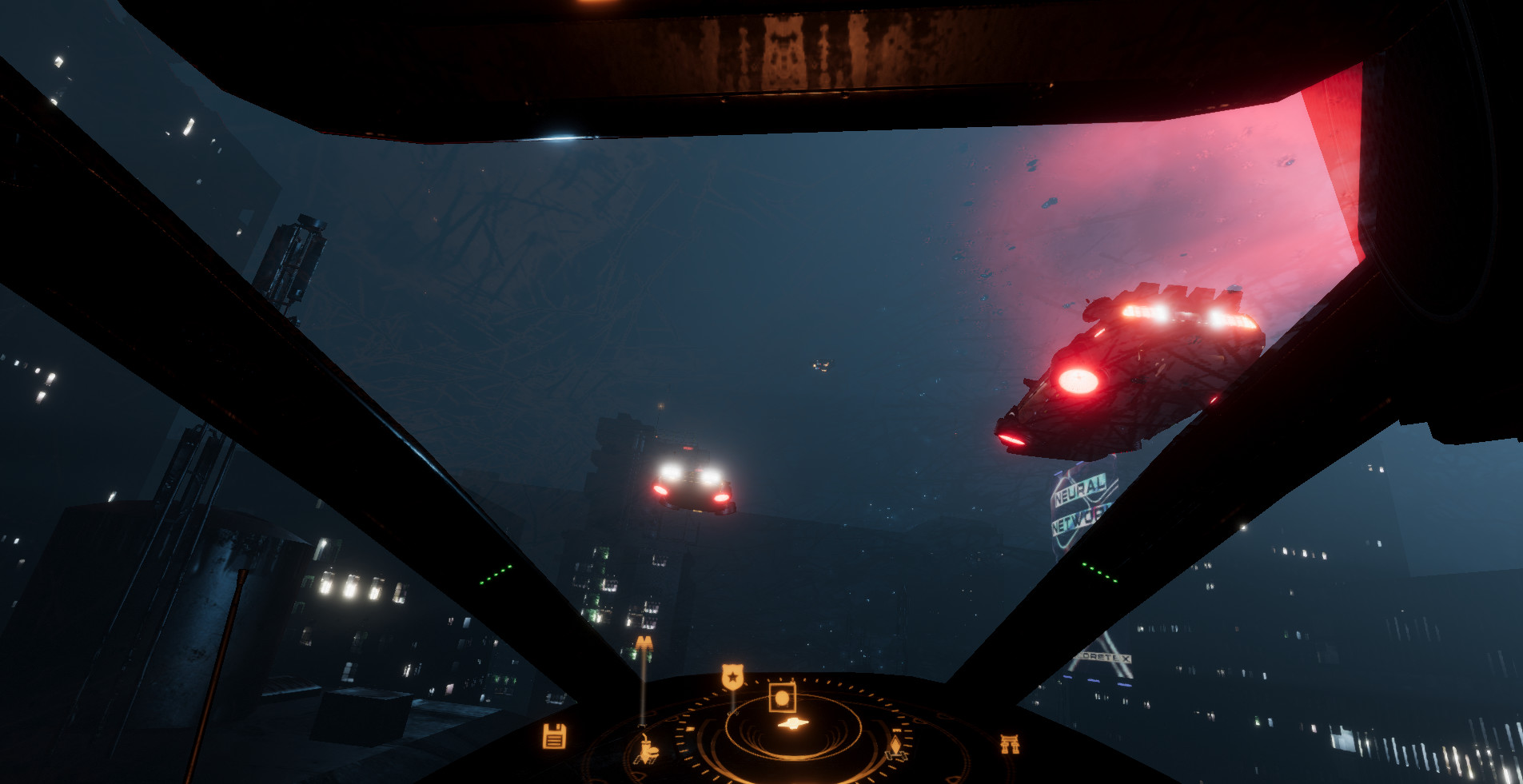 I don't know a massive amount about this other than I WANT IT NOW. Okay, so I know enough. I know it's a cyberpunk-themed game where you are essentially a traffic cop, as good or as bad as you want to be. This is a non-linear world where you can do your job, hand out tickets, solve crimes and other mysteries, or take out the bad guys. Or you can spend your time in the arcades, casinos, or doing other things to spend your credits.

This was scheduled to release last year, but with 2021 now looking likely, this could be the Cyberpunk game that people are looking for. Explained as something akin to a holodeck experience, not a traditional VR experience, this is looking like one of the most expansive VR games around. 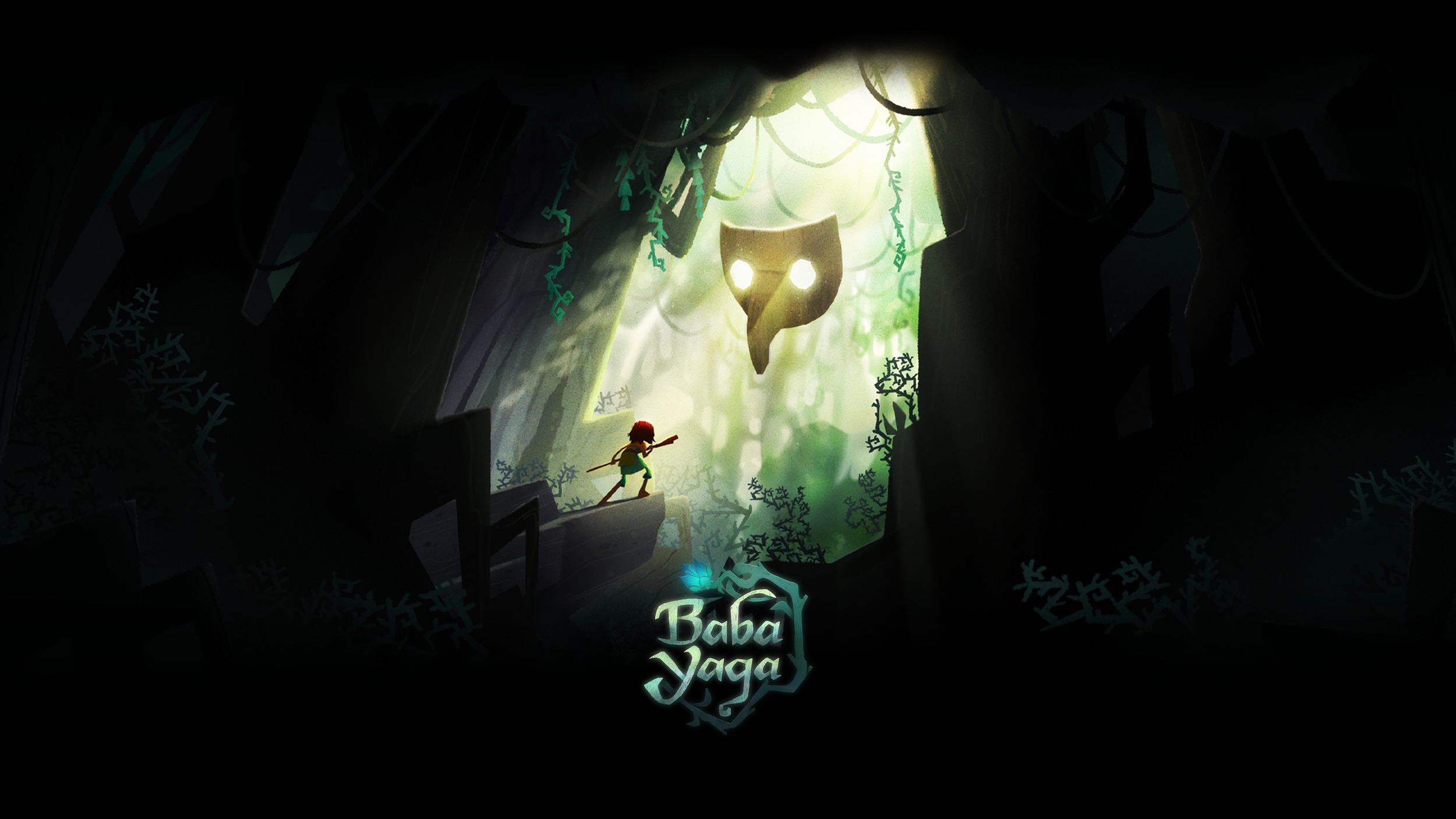 I've written in the past about programs that enable you to enter a virtual museum, and possibilities in the future of entering virtual cinemas, going to virtual concerts and other similar things. VR also offers VR movies, virtual tours and virtual experiences (not quite a game, but not exactly not a game). So, while this is meant to be a list of VR games, I would be remiss if I didn't talk about the other things that VR can offer.

Another VR movie by Baobab Studios, Baba Yaga features a massive cast of Kate Winslett, Jennifer Hudson, Glenn Close and Daisy Ridley. This is closer to a virtual experience than a film, with the viewer reportedly making decisions that guide the film. Having featured at 2020's Venice Film Festival alongside the next project on this list, this is something I'm looking forward to. While it doesn't look to push the potential VR, it's looking to show the broad appeal VR can reach.

Technically speaking, this will have released by the time this post goes live (Baba Yaga launches on the 14th of January), so when you read this, it's the perfect time to search it out.

Designed to reflect today's insane nature where people are obsessed with celebrities, large or small, to an unhealthy degree. This obsession and particularly the hatred that can come from this is reflected, and exaggerated for the plot. This murder-mystery looks to bring together gameplay elements found in the older interactive movie titles, bringing it to the next level with full VR support that allows you to immerse yourself and fully explore the scene. 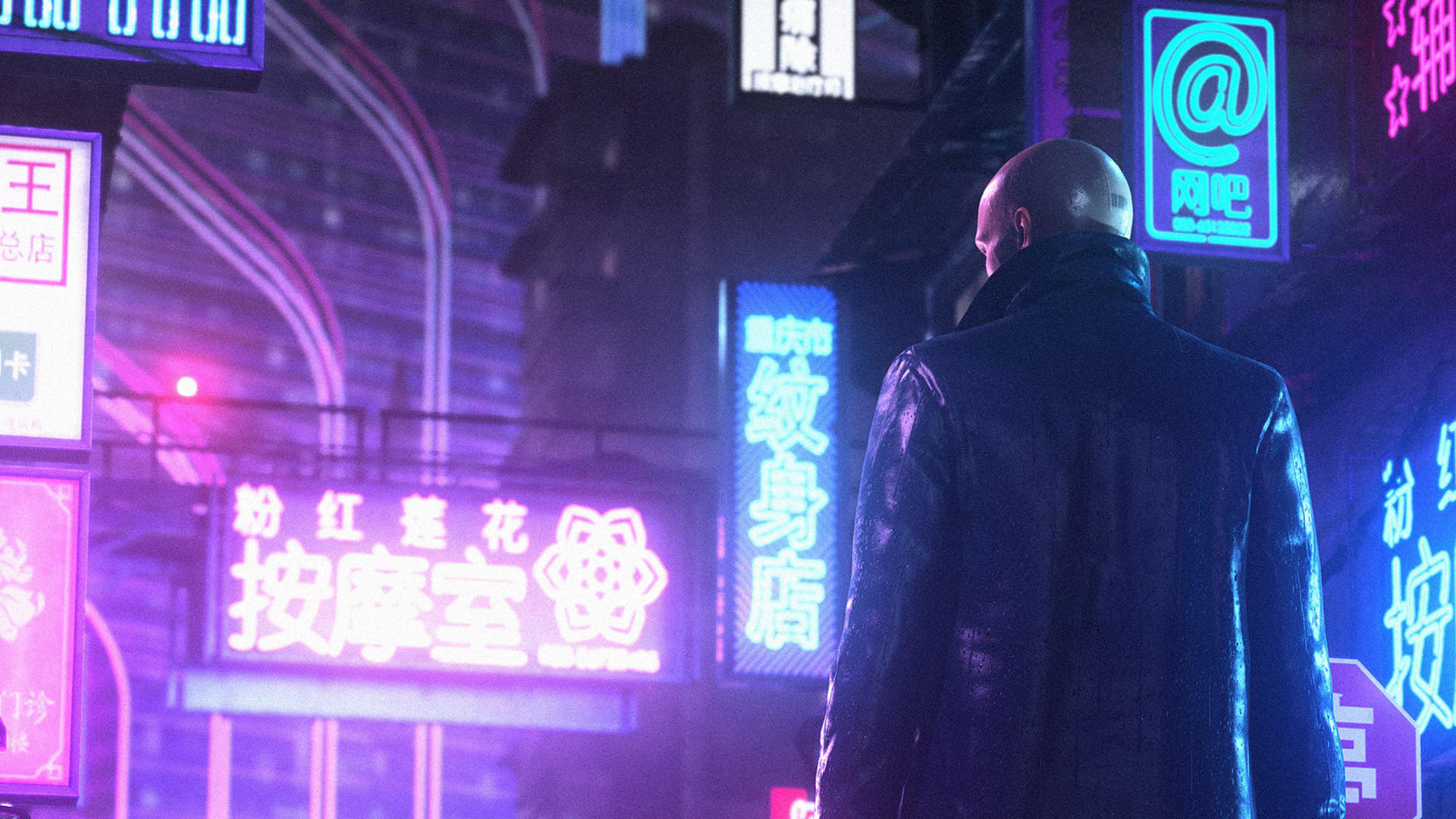 Hitman 3 is coming out this month. In terms of VR, Hitman 3 is only coming out on PSVR. Following the twelve-month exclusivity deal on the Epic Games Store, we are likely to see the VR version of Hitman 3 coming alongside the Steam release unless Epic starts to support VR before that.

Following on from the two successful Hitman reimaginings, Hitman 3 is going on an around-the-world assassination trip. It will support the levels from Hitman and Hitman 2, should you own them all will offer PSVR support. This is IO Interactive looking to send Hitman off with a bang.

Okay, so "major release" may be stretching it, but there's no doubt that Phasmophobia has taken the world by storm. It's already got VR support, but the game is in early access and deserves mention here. A four-player co-op psychological horror, you and a team of three others will go ghost hunting, using all of the equipment seen in every horror film ever to investigate spooky goings-on.

Already popular and well-received, Phasmophobia is a game that is looking to advance even further by adding new investigations, ghosts, and new ways to scare the life out of you in and out of VR.

When I started looking, last year, at games for this list and games to look forward to, I thought I would be stumped for choice. Indeed, if my research has taught me anything, it's time I started looking at and playing more VR. This is particularly true when my active ignorance and avoidance of upcoming VR titles has led me to miss out on upcoming games like Low-Fi.

Hell, there are far more games to look forward to in VR than the Sports and Racing genres and, let's be honest, VR is still a fledgeling platform that doesn't have the broad base of two sizable genres. On that note, let's have a look at a host of honourable mentions.

There are undeniably more games than this to look forward to as well. From pure made-for-VR titles and possible VR modes of upcoming large titles, I expect some of you know about more of them than I do. If you do, pop in a comment below, berating me for my lack of VR knowledge and telling me something I should be reviewing this year.