2021 is the year this new generation of gaming really gets up to speed and action fans ought to have plenty to keep themselves busy in the months ahead. While there aren’t a ton of truly hardcore action games are on the way, a number of blockbuster action-adventure games such as Horizon Zero Dawn, Gotham Knights, and God of War Ragnarok should push production values to new heights this year. And hey, if you’re willing to take a chance on indies or something a little more quirky, there are games like  Kena: Bright of Spirits, Ghostwire: Tokyo, and No More Heroes III to look forward to. Here are a few of our most anticipated action games you’re going to be battling through in 2021…

The Hitman trilogy that kicked back in 2016 wraps up this year, as franchise developer IO Interactive looks to refocus on new IPs and their promising James Bond project. Thankfully, Agent 47 will be going out with a bang. Hitman 3 largely sticks to the solid blueprint laid down by its predecessors, but with a darker tone, more focused level design, and a variety of quality-of-life improvements that should make pulling off assassinations as smooth as ever. Add the ability to import all levels from Hitman and Hitman 2 and PSVR support, and you’ve got yourself a killer package.

We’ll probably never get a sequel to Shadow of the Colossus, but Praey for the Gods may be the next best thing. Explore and survive in a sprawling, mountainous world, defeat giant bosses by scaling their bodies, and solve the mystery of the endless winter that has befallen the land. While we don’t know for sure how most of the titles on this list will turn out, I can pretty confidently say Praey for the Gods will deliver, as the game has been in Early Access for some time and the response from fans has been very positive. Thankfully, the gods should bestow the full version of the game upon us within the next few months. 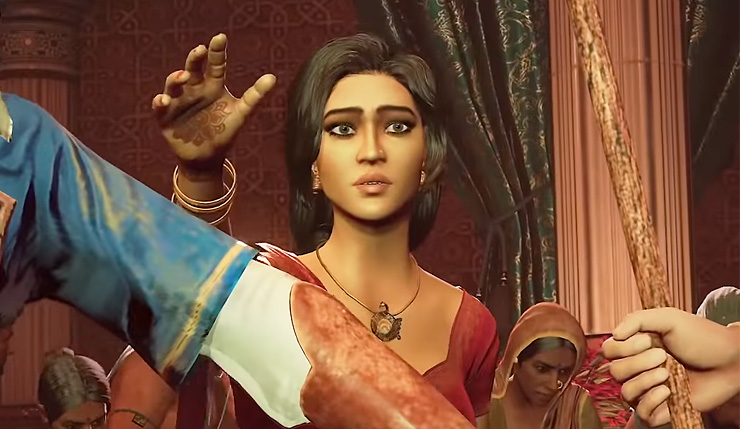 One of the best and most influential 3D action-adventure games of all time returns in 2021. Prince of Persia: Sands of Time Remake promises to deliver all the wall-running, time manipulation, and rhythmic action you remember from the original game with a total visual upgrade. Granted, the reaction to the remake’s debut trailer was somewhat mixed, but Ubisoft has promised to further polish the game’s visuals before launch. Hopefully, Ubisoft’s decision to delay the title from January to March will help them achieve that. And hey, as long as Sands of Time’s gameplay remains intact, it will still be one of the best action games of the year, regardless of graphics.

Nintendo has yet to confirm whether Link will be returning for a new adventure in 2021, but maybe we don’t need one, as Kena: Bridge of Spirits looks like it may be able to fill that Zelda gap quite nicely. The game casts players as the titular Kena, a spirit guide on a quest to help lost souls and bring her world back to life. Kena be aided in this mission by her magical bow and packs of cute little critters known as the Rot, which she can command in different ways. Ultimately though, what really sets Kena: Bridge of Spirits apart is that it looks really, really good. I usually don’t put graphics on that high a pedestal, but when your game looks like a playable Pixar film, I take notice.

Back in 2019 Daedalic Entertainment announced The Lord of the Rings: Gollum, a new action-adventure game set in J.R.R. Tolkien’s legendary fantasy universe, and since then they’ve been rather…careful, about revealing new information about the project. That said, the game promises to expand the Tolkein’s universe in interesting ways (it takes place between the events of The Hobbit and LOTR) and features some promising player-choice mechanics, as your “Gollum” and “Smeagol” sides battle against each other. And hey, as a bonus, the game’s version of Gollum is actually kind of cute in a weird way.

Yeah, yeah, I know, I had this one last year’s list, but hopefully its current 2021 release window sticks. No More Heroes III’s “E.T. gone wrong” premise, which sees a young boy save a cuddly alien, only for said alien to return as a swaggering world-conquering supervillain, is fantastic, and I’m pretty confident this is going to be Suda’s craziest, most-ambitious story to date. Gameplay should be just as satisfying, as Suda has promised a return of the semi-open worlds of past games, more side activities, and all-new stuff, like the ability to jump into a suit of powered-up battle armor. Start pumping up your beam katanas now. 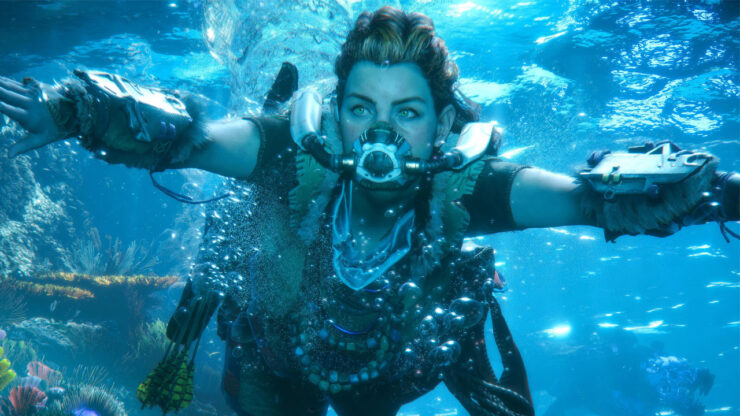 Horizon Zero Dawn was arguably Sony’s best new IP of the past generation, and now developer Guerrilla Games is preparing their first follow up. As the title implies, Horizon Forbidden West sends Aloy to the Left Coast to explore a post-apocalyptic California, Utah, and Nevada, which should serve up new ecosystems to explore including snowy mountains, tropical beaches, underwater areas, and ruined cities. There’s been some controversy about Horizon Forbidden West being a cross-gen game, but it’s sure to be a fantastic adventure regardless of whether you’re playing on PS4 or PS5. 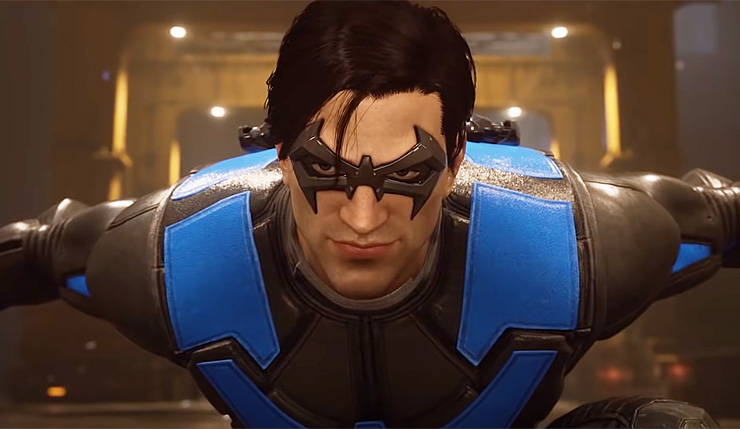 Five years after the release of Batman: Arkham Knight, we finally have a new AAA game set in Gotham City! It’s just missing one thing – Batman. Yes, in the world of Gotham Knights, Batman is dead, with players instead being able to take on the roles of Robin, Batgirl, Nightwing, and Red Hood. Unlike the Arkham games, Gotham Knights is more of an Assassin’s-Creed-style light action-RPG, although developer WB Games Montreal is promising they’re not taking a “games as a service” approach. While some questions remain about Gotham Knights, early footage looked promising, and being able to play co-op with friends is nothing to sniff at. Fingers crossed DC can one-up last year’s big Marvel game (really, it shouldn’t be too hard).

When Ghostwire: Tokyo was first announced, most assumed it was a survival horror game, as it’s being developed by Shinji Mikami’s Tango Gameworks and, y’know, it has the word Ghost in its title. Ah, but according to the Ghostwire: Tokyo’s director, it’s really more of a traditional action game, as players do battle with ghosts using magic karate. Okay, maybe “traditional” isn’t the right word. We still haven’t seen a ton of actual gameplay footage of Ghostwire, but what we have seen looks unique, weird, and intense. Hopefully the game will still leave an impression even if it's not particularly scary.

And here we have the most mysterious entry on the list. God of War Ragnarok hasn’t been shown yet, and we don’t know what platforms (aside from PS5) it’s coming to or when exactly it will arrive (although Sony has promised a 2021 release). Heck, we don’t even know if God of War Ragnarok is the game’s real title. It’s probably not! That said, I’m still pretty confident about putting the game on this list. 2018’s God of War was a fantastic, generation-defining game, and there’s no reason to believe its follow-up won’t also be fantastic. With luck, we'll actually get to see the game soon.

There were a number of games that didn’t make this particular list due to the fact that they bleed into other genres. Persona 5 Strikers and Hogwarts Legacy look promising, but they lean more to the RPG side of the action-RPG genre, and Returnal, Deathloop, and Shadow Warrior 3 are better suited to our Anticipated Shooters list.

Of course, there’s a long list of games that might arrive in 2021, but don’t yet have solid release dates. That includes games like Dying Light 2, Biomutant, Elden Ring, and large chunks of both Nintendo and Microsoft’s first-party lineup, including games like The Legend of Zelda: Breath of the Wild 2, Bayonetta 3, Senua’s Saga: Hellblade 2, and more. And then there are the games we still don’t even know about! As usual, 2021 could end up being a good or downright great year for the action depending on how many of the above games actually make it out before December 31.

Those are the games you’re going to be grappling with in 2021! Any promising action games I missed? Round up your own list and share it in the comments!