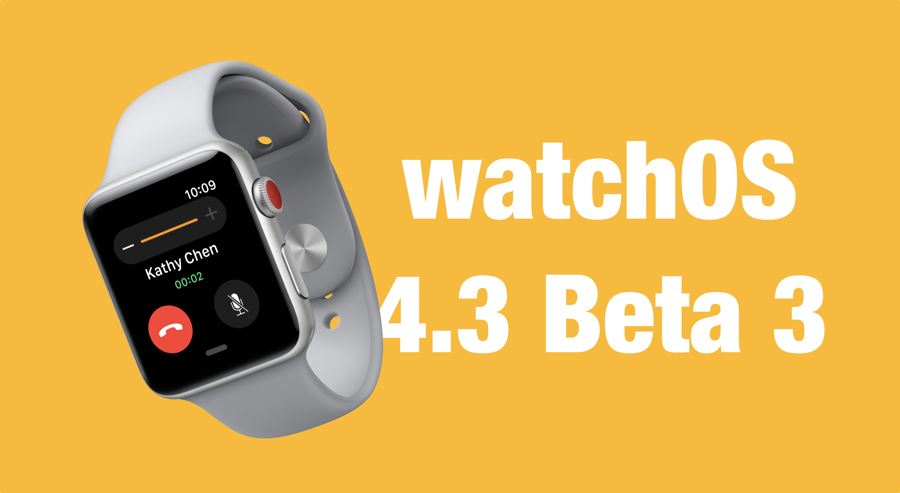 Apple has just released watchOS 4.3 Beta 3 for registered developers. Here's how you can download it now.

Having released beta 3 of iOS 11.3, macOS 10.3.4 and tvOS 11.3 already, Apple has now went ahead and released watchOS 4.3 Beta 3 for developers. The beta update is available over the air for everyone with a previous version already installed and here's how you can install it right away.

First and foremost, you should have at least 50% battery or more on your Apple Watch and connected to its magnetic charger. Now connect your iPhone to WiFi, then navigate to Watch > General > Software Update. Once here, the new update will show up in a matter of seconds. Just tap on Download and Install and everything will be underway.

If you are a non-developer, I would highly recommend staying away from this release for a lot of reasons. I'll give you just one here: you cannot downgrade back to the public watchOS firmware release once you've updated your Apple Watch to any beta build. So it's best to stick with the current firmware version until the final version of watchOS 4.3 becomes available for everyone in a few weeks.