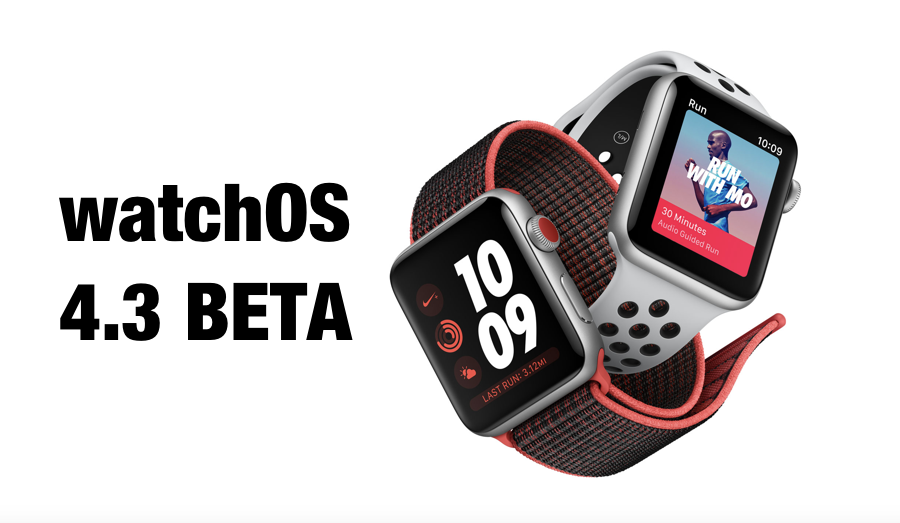 Apple has seen fit to release beta 4 of its forthcoming watchOS 4.3 firmware update for the Apple Watch. The beta 4 has been seeded to developers for testing purposes. The fourth beta arrives a little over two weeks after the company seeded watchOS 4.2.3, which was a minor upgrade in terms of the forward facing additions part of the update. However, watchOS 4.3 will be different as it would incorporate several new additions which Apple Watch users do not currently possess. So let's dive in to see some more details on the matter.

If you're interested in giving the watchOS 4.3 beta 4 a swing, be sure to note that a proper profile is required. You can install it through the Apple Developer Center. The new beta 4 version of watchOS 4.3 can be installed through the dedicated Apple Watch app on your iPhone. All you have to do is navigate to the Apple Watch app and then tap on General then tap on Sofware Update. The new watchOS beta will be installed.

The upcoming watchOS 4,3 will add support for the Nightstand mode in portrait orientation. This was only available previously when users placed their Apple Watch in landscape orientation. Apart from this, a new charging animation and app loading animation will be added as well. Activity data will also be displayed on the Siri watch face and the complication corresponding to the battery will now be more accurate.

One other feature which was previously highly demanded by users was the ability to control music playback on the iPhone with the Apple Watch. So this would definitely b a welcome addition. Previously, only the music playing on the watch itself would be controlled via the Music app. Similarly, you would also have the option available to control music playing on the Apple TV with your Apple Watch as well. It's a pretty nifty feature to have on a watch.

Apple will possibly release the watchOS 4.3 in the springtime. There will be more to the story, so be sure to stay tuned in for more. This is all for now, folks. What are your thoughts on the upcoming new features in the watchOS 4.3? Share your views with us in the comments.