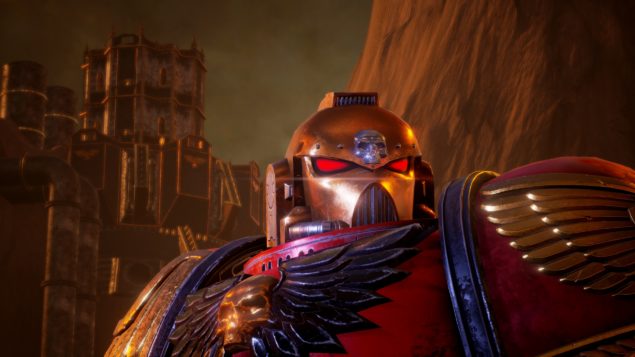 Behaviour Interactive sent out another newsletter about Warhammer 40K Eternal Crusade yesterday, which contained pretty important information about the game.

We've embedded snapshots of the email below. 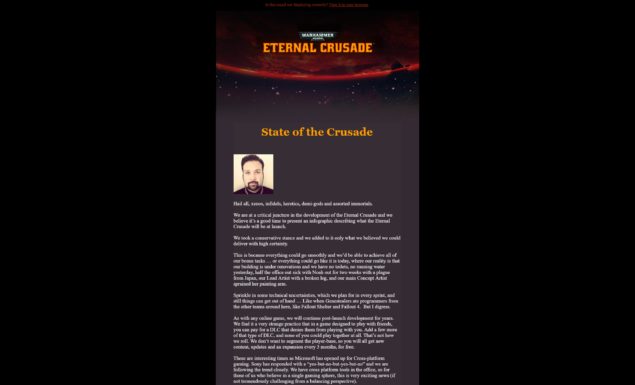 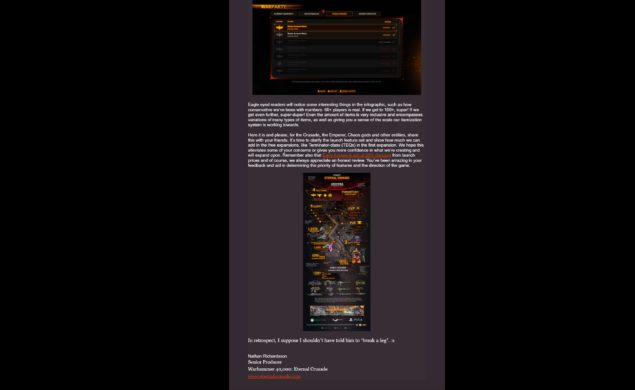 According to Senior Producer Nathan Richardsson (who previously worked at CCP, Trion Worlds and Ubisoft), the recent news about Microsoft opening up cross-platform has them excited and they will be closely evaluating whether it will be possible to add this feature to Warhammer 40K Eternal Crusade.

These are interesting times as Microsoft has opened up for Cross-platform gaming. Sony has responded with a “yes-but-no-but-yes-but-no” and we are following the trend closely. We have cross platform tools in the office, so for those of us who believe in a single gaming sphere, this is very exciting news (if not tremendously challenging from a balancing perspective).

Richardsson also provided an infographic detailing all the features that will be available when Warhammer 40K Eternal Crusade launches this Summer. The infographic is said to be conservative, so with some luck you may see even more stuff available at release.

We took a conservative stance and we added to it only what we believed we could deliver with high certainty.

Eagle eyed readers will notice some interesting things in the infographic, such as how conservative we’ve been with numbers. 60+ players is real. If we get to 100+, super! If we get even further, super-duper! Even the amount of items is very inclusive and encompasses variations of many types of items, as well as giving you a sense of the scale our itemization system is working towards.

These are the launch features currently planned for Warhammer 40K Eternal Crusade:

As with any online game, we will continue post-launch development for years. We find it a very strange practice that in a game designed to play with friends, you can pay for a DLC that denies them from playing with you. Add a few more of that type of DLC, and none of you could play together at all. That’s not how we roll. We don’t want to segment the player-base, so you will all get new content, updates and an expansion every 3 months, for free.