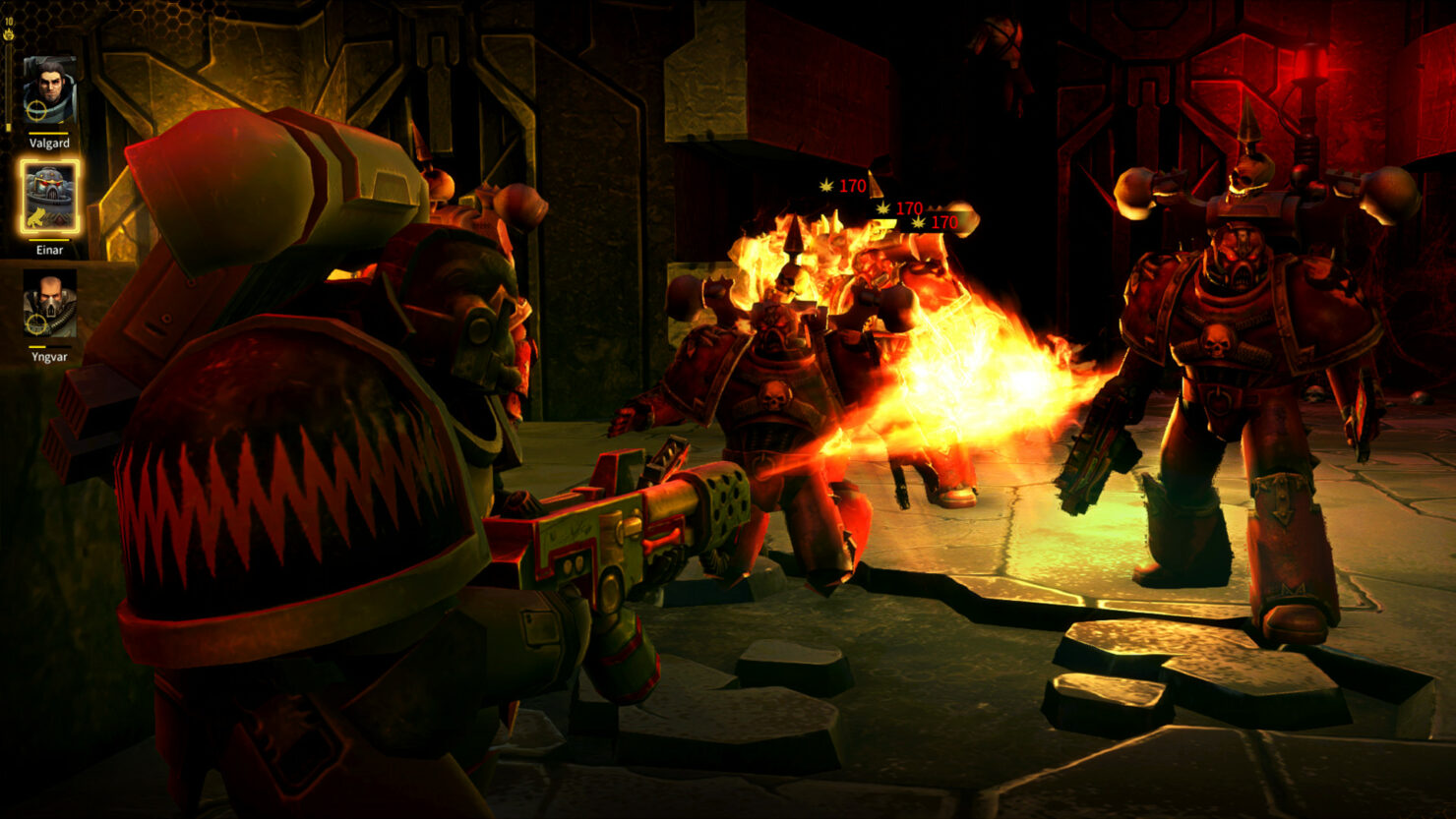 Prepare to step into the armor of Valgard Twice Slain, leader of the Space Wolves, a bad ass group of Space Marines who need to fight their way off a volcano planet after being ambushed by the legions of Chaos.

Space Wolf was released back in 2014 on iOS and Android where it had over 3.5 million downloads. The PC version is bringing enhanced graphics and most importantly, a brand new UI. Space Wolf also lets you customize your squad with an arsenal of weapons that should make short work of Chaos Marines and whatever else a volcano planet can throw at you.

The Steam version of Warhammer 40,000: Space Wolf is essentially a remastered version of the mobile release with the following upgrades:

Dmitry Maksuyra,  Head of the Development Team, talked a bit about their expectations for Early Access on the PC release:

We have made a great PC game which offers both Steam community and Warhammer 40k fans a relevant experience they are looking for with enhanced graphics and classic PC features. The game will be distributed as a full paid one, without any in-app purchases, as many have thought. From the very beginning of its Early Access period, we will release the version with the original gameplay and in-game balance to see the reaction and gather feedback. This will allow us to plan our development route based on an actual understanding of what players would like to see in our game.

Warhammer 40,000: Space Wolf is now on Steam Early Access. The full release is expected by the end of the year.