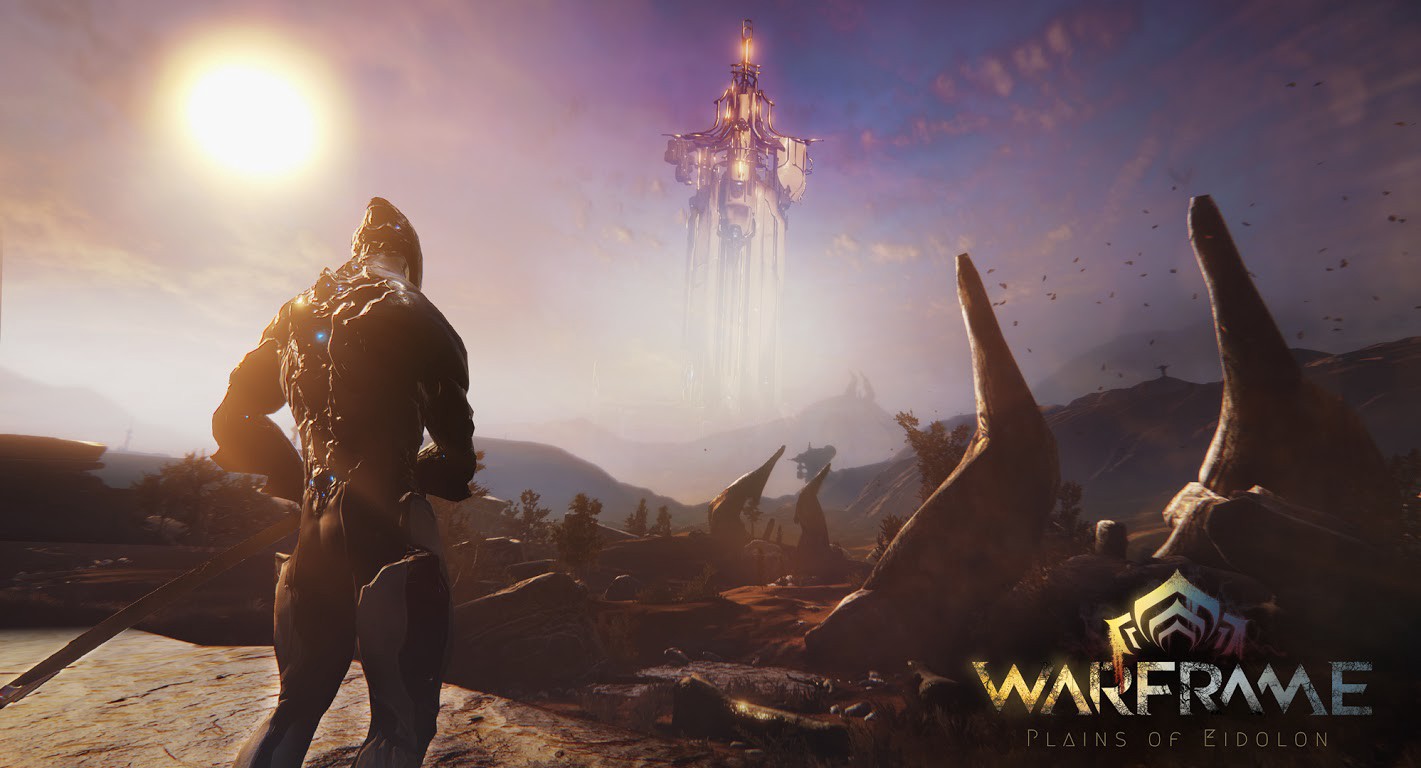 Digital Extremes showcased lots of new gameplay for the upcoming Warframe expansion 'Plains of Eidolon', due for release later this year on all platforms.

This will be the first open world zone added to the free-to-play game. As you might recall, we've posted an exclusive interview with Senior Community Coordinator Megan Everett a while back; check it out here if you missed it. Digital Extremes also shared an updated fact sheet, which you can find below.

Digital Extremes has created its largest expansion for Warframe yet with The Plains of Eidolon, the first-ever Open Zone update. In this totally new direction for Warframe, you will explore the vast coastal landscapes of Eidolon’s plains in your own time, in your own way, and discover a bustling town full of NPCs with their own stories to tell, motives, quirks, and quests to offer. The town of Cetus is a makeshift basecamp for scavengers known as Ostrons who’ve made The Bleeding Tower their home, and it’s filled with activity and surprise. In this immense and gorgeous new landscape, you’ll be challenged to attain a new Warframe and new weapons, engage in new story elements, and to soar through the sky using the Archwing. But beware -- when night falls, even the invading Grineer flee as whatever perished in the Old War still lurks at night.

You also will see: