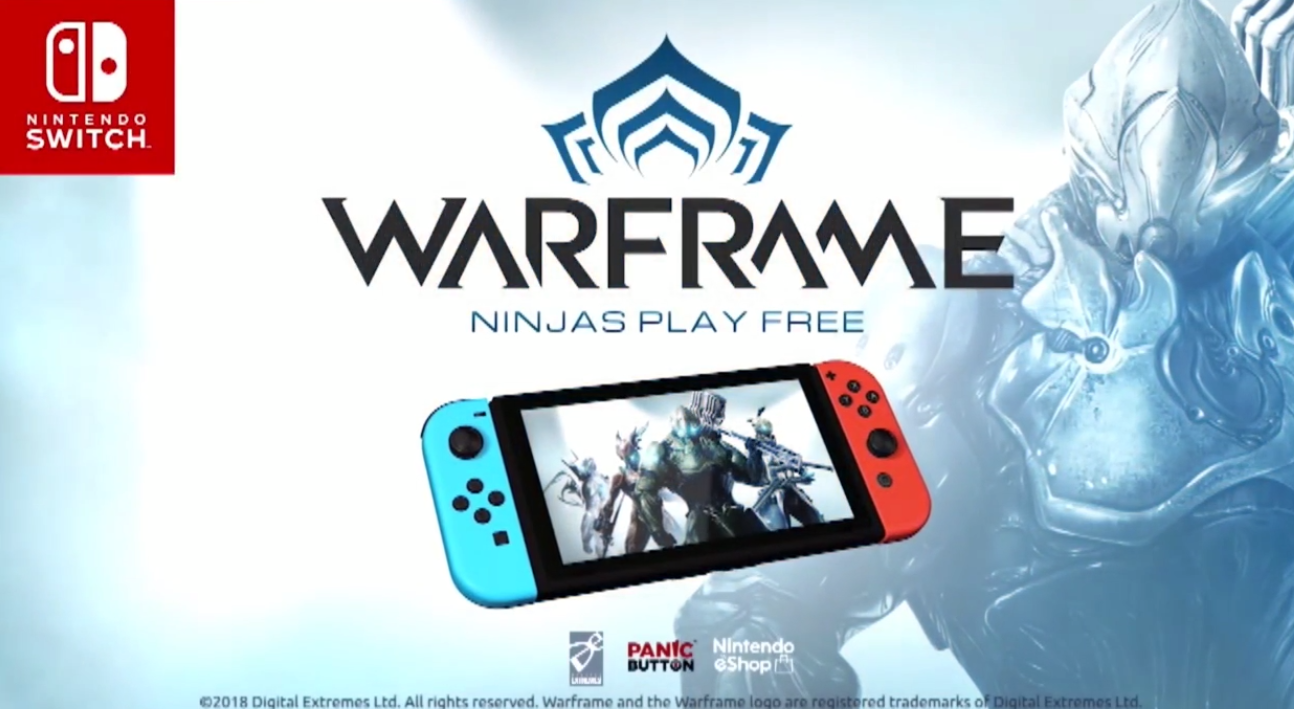 Digital Extremes confirmed this week that Warframe will be available on November 20th for Nintendo Switch. The port was originally announced during the latest TennoCon event.

The game on Nintendo Switch will include motion control and built-in voice chat. As with any other platforms, it's going to be free-to-play. Check out some new gameplay footage below.

With more than 38 million registered players worldwide, the cooperative, free-to-play hit Warframe is a third-person online action game set in an evolving sci-fi world. The game gives players the chance to master the Warframe armor as the enigmatic Tenno, a race of ancient warriors wielding blade and gun, who are awakened from centuries of cryo-sleep by the mysterious guide, Lotus, to restore order throughout the Solar System.

FREE: Warframe is free-to-play on Nintendo Switch and digitally downloadable.

Launch Content: Warframe launched on PC in March 2013. When Warframe arrives on Nintendo Switch November 20, it will deliver more than five years' of game content including 23 major updates, three cinematic quests, one open-world update and 36 Warframes.

All of the content up to the Mask of the Revenant update -- updates, weapons, Warframes, items, gear -- are included at Nintendo Switch launch. The current Prime Access program will provide players with access to Nova Prime, Mag Prime, and Chroma Prime, and will be in-line with currently running Prime programs on all other systems at launch.

Cross-Play: Digital Extremes loves the idea of cross-play, but currently the game does not support it.

Migrating Accounts - Just like with the PS4 and Xbox One accounts, Digital Extremes will permit players to migrate their PC account to their Nintendo Switch account. This will happen during a limited time frame from day one at launch to a future date (TBD). You can find more information on this page.

Storage - As a games-as-a-service title with five years' worth of content, players can download Warframe straight to their system. We recommend a 32 or 64 GB SD card, as we plan to bring more content in the future.

Always Online: Warframe is an always-online game - meaning it requires an online connection to play.