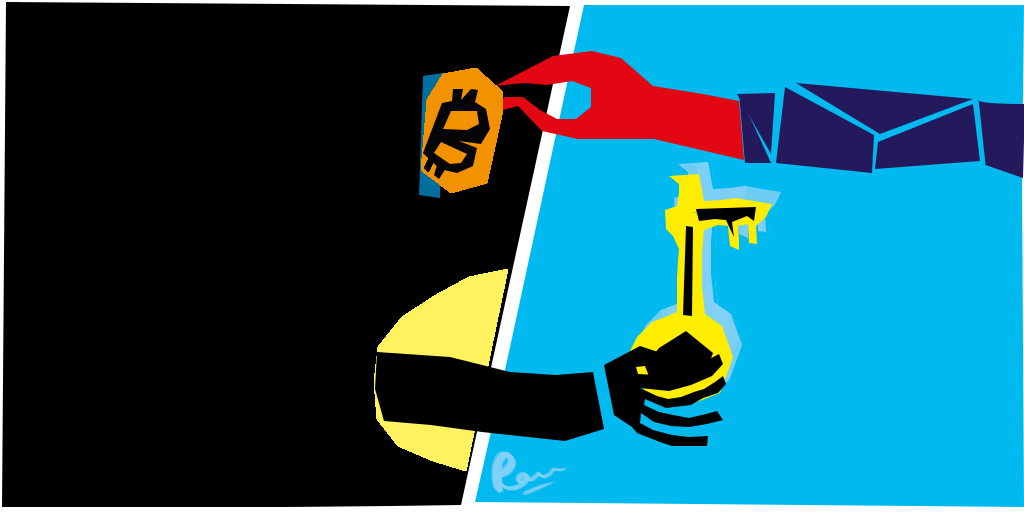 The industry is still recovering from this year's multiple ransomware attacks, most of which were powered by the exploits hidden by the National Security Agency. The British businesses were probably hit the most as WannaCry and subsequent attacks took down several companies and hospitals offline. Now, in a move that will potentially attract even more such attacks, these companies are reportedly hoarding bitcoin and other digital coins to quickly meet ransom demands and keep the hacks under wraps.

Several security experts have long advised companies and users against paying ransom, as there is never a guarantee that the systems or the data will actually be decrypted.

"Companies are definitely stockpiling Bitcoin in order to be prepared to pay ransoms," Paul Taylor, former Ministry of Defence cyber chief told The Sunday Telegraph. According to the British publication the companies are opening up digital wallets and monitoring cryptocurrency prices in an attempt to buy digital coins, not only to pay ransom but also "to keep a hack under wraps."

Apart from Taylor, McAfee’s chief scientist Raj Samani also confirmed this to the publication. "It’s not something that organizations have publicly confirmed," he said.

"Because it says ‘we are willing to pay criminals in the event we are hit by ransomware’. However, it is certainly a practice we are aware is being done."

Ransomware attacks have recently become so prevalent that security experts suggest they now occur every 40 seconds. Out of every 10 malware instances, six now carry the capabilities to lock systems and encrypt drives to demand ransom.

But stockpiling bitcoin will only add in to the troubles

However, hoarding bitcoin isn't the perfect way out. Companies that pay ransom without involving law enforcement often face legal and public scrutiny - Uber's ongoing case is only one example.

That isn't the only problem these companies will face, though. Once criminals know that a few companies are stockpiling bitcoin, they could actually become a target of even more criminal attacks. As seen in multiple reports in the past few weeks alone, most of the criminal activity is moving to the digital currency. From cryptojacking to wallet stealing to physical assaults - the soaring value of several coins has made cryptocurrency offer the best ROI to criminals.

In such a scenario, British companies may be setting themselves up for even more attacks: the obvious ransomware attacks that they are so clearly worried about, and the potential cryptocurrency attacks that could target their wallets to easily steal the rumored stockpiles of bitcoin.

Chris Mayers of Citrix agreed to this point, saying that this practice "could raise the risk to businesses, given the continued growth in ransomware attacks, and a possible future rise in Bitcoin prices."

“Equally, those that do have large stockpiles may be at risk of being raided specifically for Bitcoin piles.”

The Telegraph also reported that some British companies, "including an anonymous utility company - believe that it is cheaper and easier to pay than confess."

While potentially facing more risks of attacks, it appears these companies will rather lose money than lose customer trust and face regulatory actions. However, Uber's case should be a reminder that these attacks and subsequent attempts to hush criminals by paying them off eventually come to the front, anyway. Why not disclose these attacks and the data exposure - if any - publicly then open yourself up to even more attacks and potential future loss of reputation?

- Popular: Scared of Ransomware? Here Are the Top Expert Tips to Better Protect Yourself