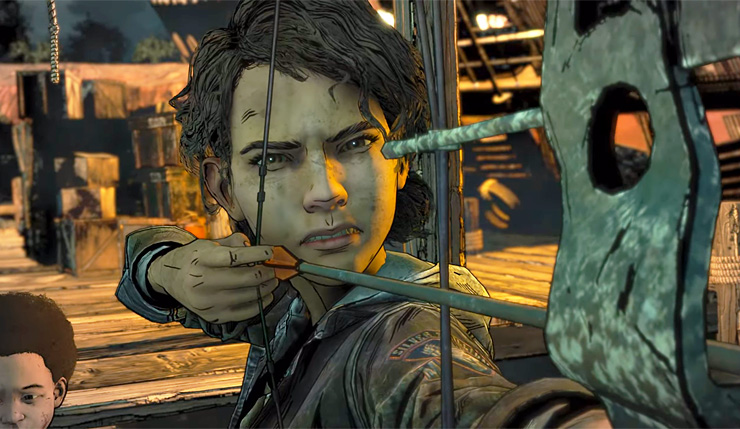 The Walking Dead: The Final Season recently released its last episode, bringing Telltale’s acclaimed series to a close. Missed out on the games, or want to experience them all again on a single platform? Well, Skybound Games has announced The Walking Dead: The Telltale Definitive Series, which bundles all four main seasons, plus the Michonne miniseries, in one collection. This package also includes a documentary short, 10 hours of developer commentary, and various graphical and gameplay improvements. You can check out a trailer for this collection, featuring Kinda Funny’s Greg Miller, below.

Telltale Games went out of business last year, cancelling all future projects, including the final two episodes of The Walking Dead: The Final Season. Thankfully, Skybound Games, a new developer founded by Walking Dead creator Robert Kirkman, assembled a team of ex-Telltale employees to finish The Final Season. Now it seems they’re making sure the series as a whole is remembered properly. For the record, The Final Season was a great closing chapter to Telltale’s saga – check out my reviews for Episode 1, Episode 2, Episode 3, and Episode 4.

Skybound is also releasing three Telltale Definitive Series Collector’s Packs, which will include: 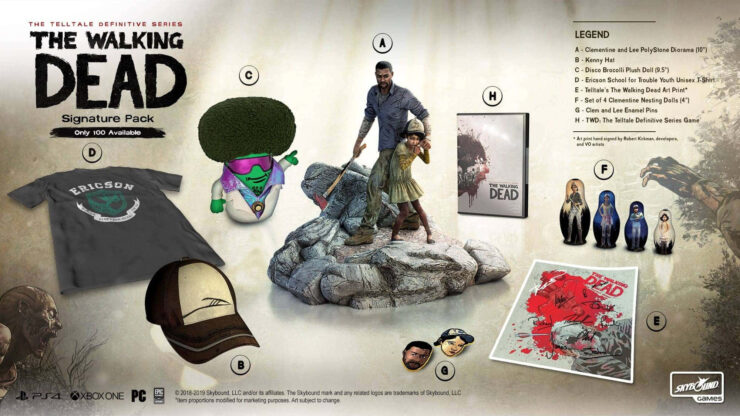 The Walking Dead: The Telltale Definitive Series comes to PC, Xbox One, and PS4 sometime this September. Pre-orders for the Collector’s Packs open tomorrow (April 19) and supplies are limited, so move fast if you want one. You’ll need to be a Skybound Insider to pre-order – you can sign up for free here.