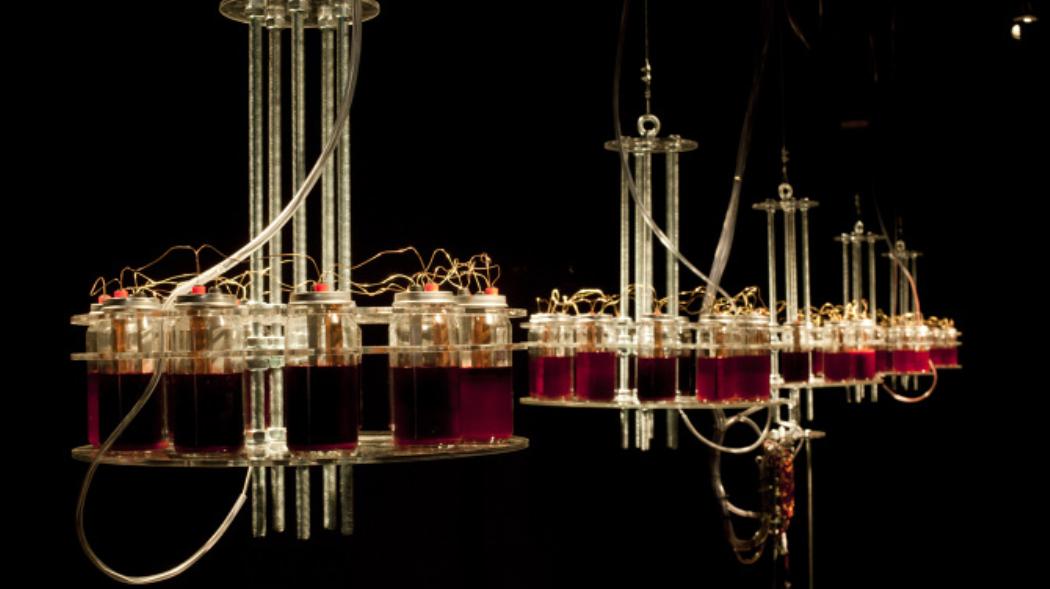 Vtol is a Russian artist famous for his sound installations which utilize very odd and surreal methods of source energy. His latest one yet, is by far the most bizarre one can come across: an electronic sound installation powered by himself, that is, his own live blood!

This installation of his is called ‘Until I Die’. This installation uses his vital fluid as an electrolyte, which when combined with metals like copper or aluminum, will result in direct current batteries. Before you get any ideas, the blood isn’t exactly enough to run your own cellphone. However, it is enough to power a synth sound module and speaker for up to 8 hours.

How to Install ADB and Fastboot on Your Computer

He put his blood and sweat into his project – literally! The entire process of blood collection involved as much science into it as art. He collected over 1.2 gallons of his blood over the course of 18 months. That’s heck of a lot of blood to be kept for such a long time. There was obviously a risk of the blood going bad so preservatives were used to maintain the blood quality for this project.

Vtol. That is bloody awesome!

Artists are crazy. Otherwise, they wouldn’t be as brilliant. One may ask what the need for this grotesque piece of art? Why would the artist put himself through all this trouble? Vtol responds by saying this piece is a ‘symbolic act’, where his life-giving fluid powers another object which is another ‘extension of himself’.
There is an ancient Russian philosophy deeply embedded into this installation of his. The blood transfusion was not just a scientific concept of giving your blood to others, but the philosophy dictates it was also a metaphysical act in which you are ‘sharing’ yourself with other.

One can argue about the statement Vtol is giving through this work of his. It may be about humans trying to go to such extents to produce electricity, or it may be about literally charging his own work with himself till it speaks with sound to the audience for him. Whatever the meaning behind the art piece, one thing is definitely clear: our blood is full of energy.

Hideki Kamiya Says Games Are Art, Not Mass-Produced Things, And That’s How They Need To Be Made