Mass Effect 3 is the final showdown between humanity and the reapers but a good game is nothing without a good voice cast, am I right? EA has revealed the many voices we can expect to hear in Mass Effect 3 with some new voices in the mix too who will be contributing their talents for the new characters in the game. Freddie Prinze Jr. And Jessica Chobot of IGN are among the newest entries to the games vast line of characters. 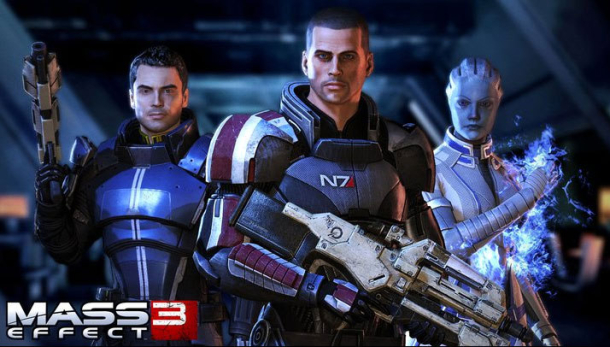 Mass Effect 3 is definitely one of the most wanted games of 2012, considering how this is the one game that Bioware has always delivered upon. The stories of Mass Effect 1 and 2 have brought about the conclusion in this game in which Commander Shepard will start and end the war against the reapers in this one game, but with the help of more crew members such as "James Vega" voices by famous Hollywood actor Freddie Prinze Jr. and IGN's very own Jessica Chobot as "Diana Allers" are among the newest additions to the game. While Seth Green will return as the voice of Joker, Jennifer Hale as the voice of female Shepard, Tricia Helfer as the voice of EDI, Keith Davis as the voice of Admiral Anderson, Martin Sheen as the Illusive Man and Ali Hillis as the voice of Dr. Liara T'Soni.

Considering that we are going to see the return of all our favorite voices we can rest assured that the enjoyment of the game will be as amazing as ever considering how this could be the final game in the Mass Effect series. The voice cast anxiously talk about their respective roles and even the new comers see Mass Effect as a remarkable video game where the choices given to the player are truly reflective of their playing style which is a unique trait in Bioware games. Freddie Prinze Jr is especially impressed with the game and is constantly praising it through out the video, and he should do so because the game deserves every bit of it :D.

Mass Effect 3 is coming to the PC, PS3 and XBOX 360 on March 9th 2012 this is going to be a red letter day for fans of the game as this is the first time (and possibly the last) time the game will be launching on all the major gaming platforms on a simultaneous release date.