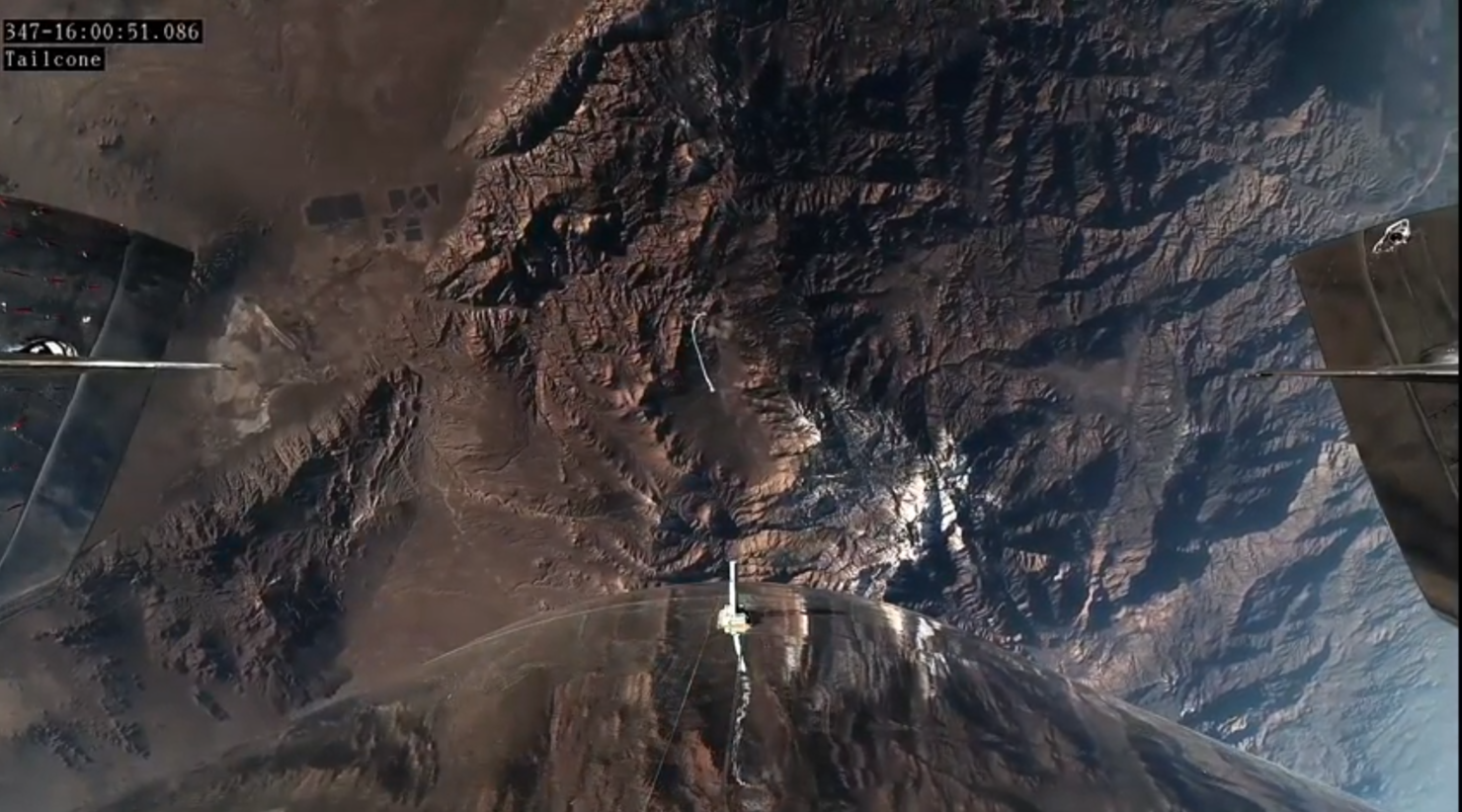 The SpaceShipTwo's rocket motors are turned off post-ascent.

At the start of this month California-based fixed-wing aerospace services provider, Virgin Galactic (NYSE:SPCE) promised to provide more details for its SpaceShipTwo's cabin interior. As opposed to traditional companies in the arena, Virgin intends to provide private individuals and researchers access to low gravity environments that provide near weightlessness via the vehicle.

Keeping up to its word, the company today provided small glimpses into the design of the spaceship's cabin and some of the features that its future customers will be able to enjoy. As had been the case following the event's announcement on the 2nd of this month, when Virgin Galactic's shares stumbled on the open market, the cabin reveal similarly witnessed pessimism from the market.

At its video briefing today, the company did not provide any details about the operational timeline for the SpaceShipTwo as the purpose of the reveal was to show off what passengers on board the craft will experience during their flight. As per Virgin Galactic's chief astronaut instructor Beth Moses, the ride from the Earth's surface to high altitude is relatively smooth with noise from the spaceship's engines not being discomforting during ascent.

The interior supports its passenger to fully view the Earth from the edge of space, and it allows for multiple viewpoints through seventeen windows. These are specially designed to let passengers secure a comfortable position during their excursion into space, revealed Virgin Galactic today as it provided renders and images of the SpaceShipTwo's cabin.

The seats in the cabin are manufactured through high-grade aluminum and carbon fiber techniques and are designed according to each astronaut's specific requirements. They are cantilevered to the cabin's side. They are also programmed to automatically adjust and recline once a passenger leaves them to take in a view of the surroundings, with the seats achieving this via reclining to enable the passenger maximal room for exploration within the cabin.

They also remain inclined during reentry to distribute gravitational forces optimally for providing the passenger with a comfortable experience. Escaping and reentering the Earth's gravity are the most demanding experiences in space flight due to the tremendous shift in forces required for ascent and for reaccustoming to the planet's gravity.

The SpaceShipTwo's cabin is lined with a soft foam featuring a honeycomb structure that enables the vehicle to isolate rocket motor and other sounds outside of the vehicle – contributing to the quiet ascent described by astronaut instructor above.

To enable the passengers a view of the Earth and space once they reach altitude, the SpaceShipTwo has seventeen windows. These are surrounded by soft 'halos' that allow the passengers to grip them from a variety of angles to allow better positioning in a low gravity environment. Virgin also revealed that the cabin is equipped with sixteen cameras that will record the entirety of a passenger's experience.

The cabin's final design will include shades of blue and teal to mirror the environment outside the vehicle, and passengers will also be able to keep up to date with different flight parameters via screens installed at the back of every seat. SpaceShipTwo is also customizable for research missions, with the vehicle's seats being detachable to replace them with cargo racks for researchers.

Today's cabin reveal provides important insights into Virgin Galactic's design process, yet it remains to be seen what final, flight-ready versions of the interior will look like. Executive successful missions will require the company to overhaul its manufacturing and maintenance capabilities, and once a definite date for the first commercial SpaceShipTwo flight emerges, investor optimism in Virgin Galactic should emerge.