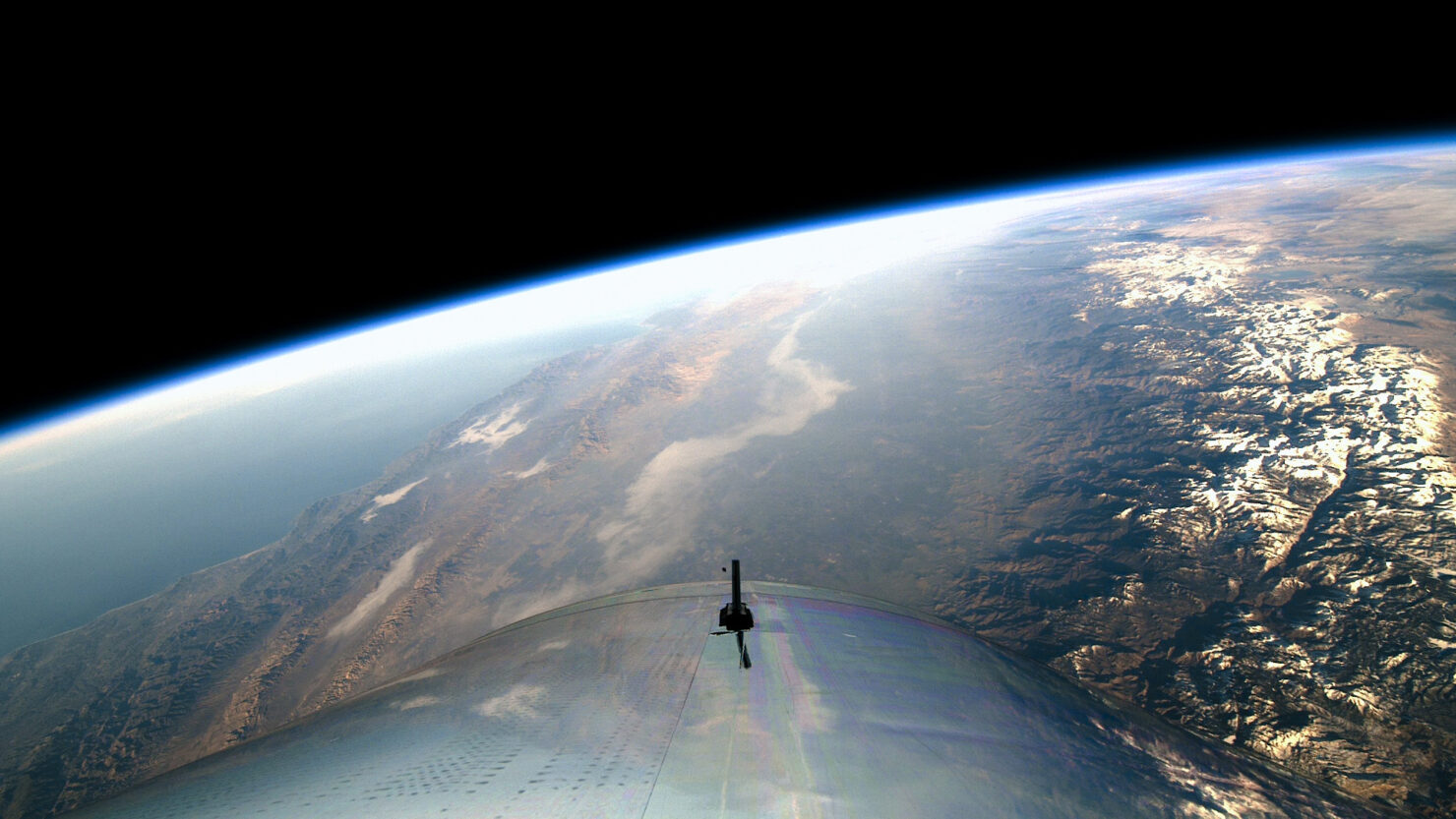 At the end of last month, Virgin Galactic (NYSE:SPCE) completed a high-speed glide test of its VSS Unity (SpaceShipTwo) air-launched sub-orbital passenger spaceplane. The test came days after the company announced a partnership with the National Aeronautics and Space Agency (NASA) for training astronauts for the space agency's plans of expanding the commercialization of the low earth orbit (LEO) economy through increasing access to the Internation Space Station (ISS).

These two events marked crucial wins for a company planning to create a new market for luxury high-altitude travel. Via spaceplanes similar to the VSS Unity, Virgin Galactic intends to take its customers to the edge of space and let them experience the effects of microgravity.

Now, following the plane's successful glide test, the company is stepping things up a notch and providing its customers and others interested with a full view of the SpaceShipTwo's interior design via a live-stream on YouTube. The plans were announced earlier today and taking a look at the stock price since then, it's clear that investors remain unimpressed.

On the day (June 22, 06:45 ET) that Virgin Galactic announced its Space Act Agreement with NASA for providing the agency with services that not only identify private individuals interested in LEO exploration but also for procuring the means of transportation to the orbit and resources for the journey and activities, the company's stock raced to levels that it had achieved before the devastating pandemic-induced stock market crash that took place in mid-March.

Virgin Galactic's share price 'rocketed' to $17.39/share during the day, marking a 16% growth over the previous trading day's close. The levels clearly suggested investor confidence and rightly so, as an agreement with a government agency provided the company with a solid revenue stream for a project that NASA deems crucial for long-term space exploration.

The price came down soon afterward, and the VSS Unity's successful test didn't do it much good either. Now, following today's announcement, the stock is on a downward trajectory after having lost roughly 2,7% during the day's trading at 15:50 ET today. However, the current share price does not mean that there was no positive investor reaction to the company's announcement, as minutes after the press release was made public, NYSE:SPCE raced to the day's high price of $17.24/share; its highest point over the past five days. 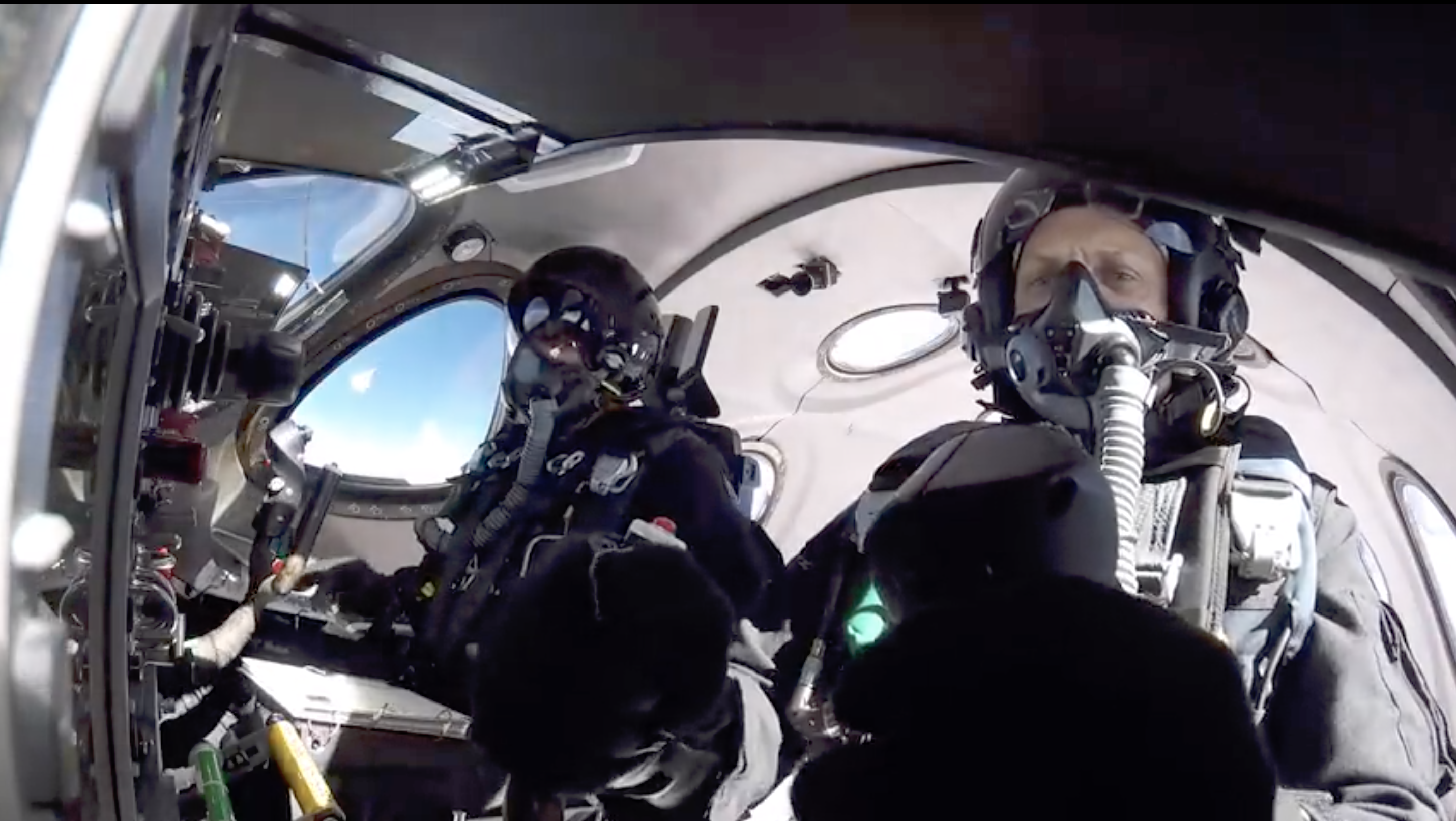 Inside the VSS Unity's cockpit during its test flight in June with pilots Michael Masucci (left) and Mark Stucky. The VSS Unity currently needs to undergo Off Nominal testing and Astronaut Experience Testing prior to commencing full-scale commercial operations. Off Nominal testing is carried out to chart out the crew's response in emergencies, and Astronaut Experience testing covers multiple flights that evaluate the craft's custom-designed seats and audio communications. (Image Credit: Virgin Galactic)

The downward movement in Virgin Galactic's share price isn't strange or surprising, given the highly experimental nature of its business. Investor interest will be rekindled and the shares will experience more attention once the company is able to successfully conduct flights of its SpaceShipTwo spaceplane lineup. Virgin currently operates only one SpaceShipTwo, the VSS Unity, with the first vehicle having crashed tragically.

Following the VSS Unity's sub-orbital flight in February last year, the company started to upgrade the vehicle's interior to make it suitable for commercial operations. The changes covered the craft's cockpit displays and the installation of a new commercial cabin explained chief pilot Dave Mackay in an interview with SpaceNews in April 2019.

Virgin Galactic has been preparing to equip its vehicles with the right interior to meet the needs of commercial space exploration, and to that end, the company's live stream of the SpaceShipTwo's interior scheduled for the 28th of this month will prove critical in evaluating the merit of its products for future flights. To that end, the company promises to deliver in key areas of cabin design, ranging from customer comfort to cabin functionality and safety.