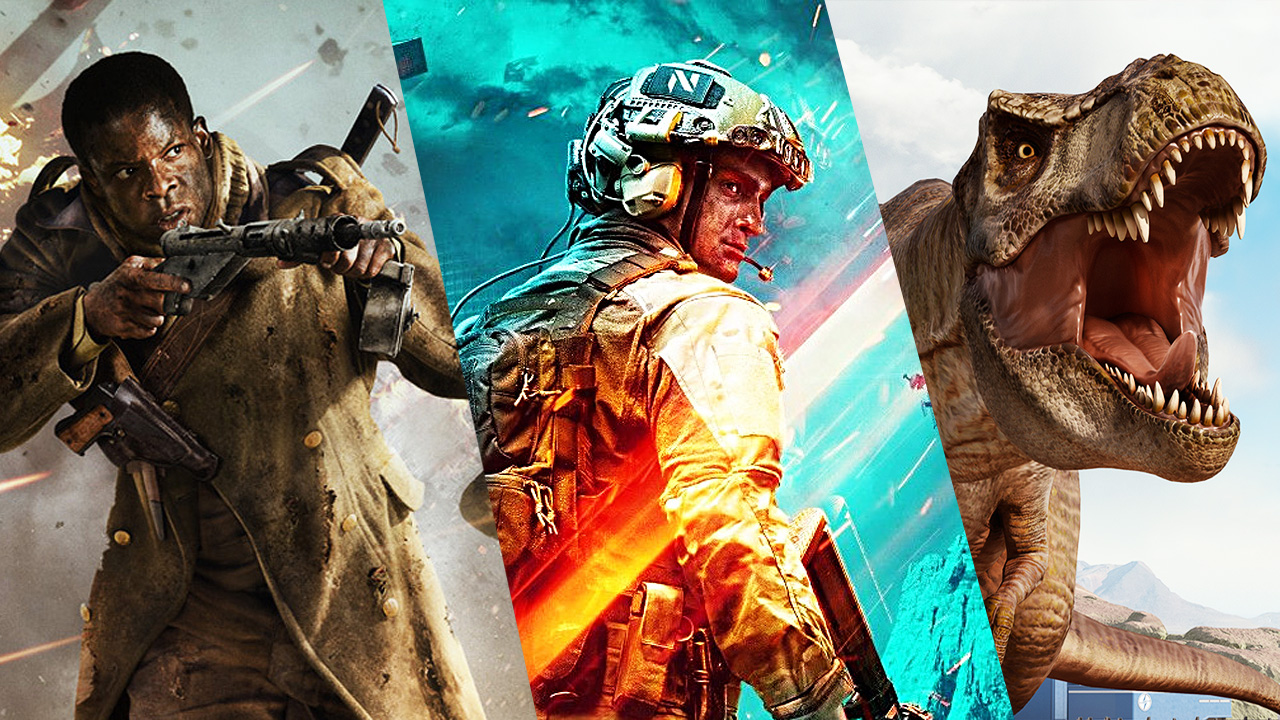 The end of the year is drawing near and the release schedule is slowing down, but of course, there are still some major games yet to be released including Call of Duty: Vanguard, Battlefield 2042, Forza Horizon 5, and GTA: The Trilogy – The Definitive Edition. On the indie front, we have the charming throwback platformer Demon Turf, zombie survival roguelite The Last Stand: Aftermath, and more.

That said, here are the games you should be looking out for in November…

Call of Duty: Vanguard takes us back to the general World War II era, albeit with a new alternate-history twist, as we see a new squad attempt to put down a resurgent post-war Nazi Party. In terms of single-player, it looks like developer Sledgehammer Games are taking some notes from the recent Wolfenstein games with a darker more cinematic approach. Multiplayer looks to more or less tread water, but Activision is promising more maps and content at launch than ever before. Hopefully, quantity makes up for a lack of innovation. Pre-order the game here.

Starting to feel that chill in the air? Not looking forward to the beginning of winter? Well, how would you feel about taking a nice, sunny Mexican vacation with Forza Horizon 5? Featuring the series’ biggest, most varied map yet, Forza Horizon 5 aims to welcome a wider range of players with an array of new, more laid-back modes. You can also expect a more “live” feeling to the game, with seasonal updates promising significant changes. Expect to spend a good long time down Mexico way. Pre-order the game here.

Jurassic World Evolution 2 builds on the fun, but somewhat shallow park-building of the original game with a “Chaos Theory” mode that lets you play through moments from the movies, new management tools and creative options, and, of course, a whole lot more dinos, including marine and flying reptiles. Time to spare no expense all over again! Pre-order the game here.

One of the most beloved and influential trilogies in gaming history gets a facelift this month. Grand Theft Auto: The Trilogy – The Definitive Edition includes the groundbreaking PS2 entries in the series (Grand Theft Auto III, Grand Theft Auto: Vice City, and Grand Theft Auto: San Andreas) with upgraded 4K visuals, and a long list of control and quality-of-time improvements. Take-Two going after modders prior to the announcement of GTA: The Trilogy has cast somewhat of a pall over its release, but for the average player, this ought to be a nice upgrade to games that still deserve to be played. Pre-order the game here.

The Atlus series that started it all and spawned spinoffs like the Persona and Devil Summoner games, gets its first sequel in nearly a decade. Shin Megami Tensei V is easily the most ambitious entry in the core franchise to date, featuring a large fully 3D world, and, of course, more demons to collect and fuse than ever before. Wccftech recently got to go hands on with Shin Megami Tensei V – check out impressions from our trip to hell here. Pre-order the game here.

The world’s most famous detective casts aside the deerstalker hat and pipe in favor of a perfect coif and smouldering gazes in Sherlock Holmes: Chapter One. The game may explore a new period in Holmes’ life, but its in-depth, open-ended investigating mechanics should please mystery fans. The ability to completely skip the game’s action sequences if you want may also be appreciated. Sherlock Holmes: Chapter One devs Frogwares have done right by the character in a number of previous games, so hopefully they haven’t lost the plot. You can check out Wccftech's hands-on impressions here. Pre-order the game here.

After back-to-back historical entries, Battlefield 2042 returns to the near-future setting of well-liked entries like Battlefield 4. We aren’t getting a single-player campaign this time around, but in addition to standard multiplayer there’s the squad-based Hazard Zone mode and Battlefield Portal, a sandbox mode featuring a number of favorite maps, weapons, and vehicles from the past. Reaction to Battlefield 2042’s beta was mixed, but EA and DICE are promising improvements by launch. Perhaps tread slightly carefully, but hopefully the full Battlefield 2042 experience will be worth signing up for. Pre-order the game here.

One of the more underappreciated entries in the core Pokémon series gets its chance to shine again in Pokémon Brilliant Diamond & Shining Pearl. Featuring a simple “chibi” look and gameplay that doesn’t deviate too drastically from the originals, it seems like Brilliant Diamond & Shining Pearl are aiming to be Pokémon comfort food as Game Freak experiments more with next year’s Pokémon Legends: Arceus. Pre-order the game here.

The latest promising title from the burgeoning South American indie scene, Tunche features a charming 2D art style and a unique setting as you and friends battle to restore the Amazon Rainforest. The game doesn’t just look nice – its combat seems to be solid and challenging, and unlikely most roguelike actioners, this one lets you play co-op. Oh, and Hat Kid from A Hat in Time is in the game too, because sure, why not? Here’s the Steam Page for Tunche.

Nostalgic for the very early days of 3D platformers? Well, then Demon Turf is for you, as it combines 3D levels with quirky 2D-looking character models to create a world reminiscent of something you might have played on the original PlayStation. But Demon Turf isn’t a case of style over substance – a trial for the game was well-received, as it seems to nail its basic platforming mechanics. “Vintage” gamers should be in for a hell of a good time. Here’s the Steam page for Demon Turf.

Hungry for some 4X strategy, but a bit tired of all that darn upbeat optimism in games like Civilization and Humankind? Well, then Punk Wars is for you. The game offers the turn-based strategic gameplay 4X fans love, but it’s set in a dark, dismal world where various punk factions (steampunk, dieselpunk, steelpunk, ect.) vie for control over the scraps of humanity. Have fun, punks! Here’s the Steam page for Punk Wars.

The Last Stand franchise returns with by far it most ambitious entry to date. Previous entries in the series were relatively straightforward 2D zombie survival games, but The Last Stand: Aftermath is a full-on 3D isometric adventure with a larger world to explore. Of course, unforgiving survival and roguelite mechanics are still very much on offer, so be prepared to die. Here’s the Steam page for The Last Stand: Aftermath.

And those are the games you should be keeping an eye on this coming month. What games are you planning to pick up in November? Did I miss anything you’re looking forward to?