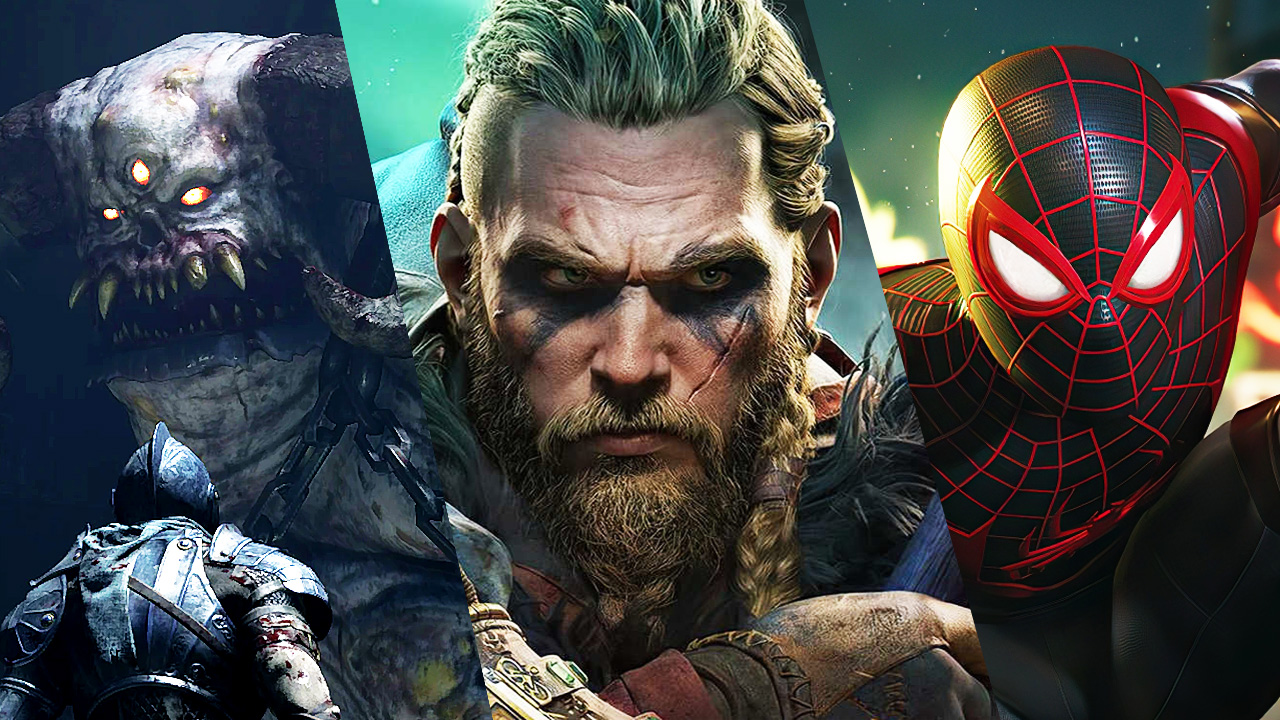 The biggest month of the gaming calendar is upon us! Of course, November will see the release of the Xbox Series X/S and the PS5 and accompanying launch titles, like Spider-Man: Miles Morales and Demon’s Souls, but that’s just the beginning. Other major third-party games like Assassin’s Creed Valhalla and Call of Duty: Black Ops Cold War are on the way as well. Indies take a bit of a backseat this month with the AAA industry sucking all the oxygen out of the room, but there are still a few interesting things on the way, including Bugsnax and Chicken Police. Yes, Chicken Police.

Note 2: Many of the PS5 games listed as coming out on November 12 in this article may not hit shelves until November 19 in Europe, as that’s when the hardware launches there.

That said, here are the games you should be looking out for in November…

Ubisoft hops aboard the Norse bandwagon with Assassin’s Creed Valhalla, which may just be the series’ deepest entry to date. Valhalla includes the RPG elements that have become a staple of the franchise in recent years, but also features the return of classic features like stealth instant-kills and a home base you can build up with the proceeds from your pillaging. Hopefully, the game will be a successful melding of old and new. Pre-order the game here.

Dirt 5 will be the first major racing game on next-gen consoles, but it isn’t just worth your attention because of a lack of competition. Built by the team at Codemasters Cheshire, many of whom previously worked on the fan-favorite MotorStorm franchise, Dirt 5 looks like a rock-solid mud-caked arcade racing experience. It will also be one of the few next-gen launch games to offer 120fps gameplay, for those who really want to give their new hardware a workout. Pre-order the game here.

It’s a weird thing to say about such a unique franchise, but the Yakuza games had arguably fallen into a bit of a rut. Yes, there’s nothing else quite like Yakuza, but the individual games weren’t that different from one another. Well, that changes with Yakuza: Like a Dragon, which introduces a new protagonist and setting, and replaces the brawling of past entries in the series with turn-based RPG battles. Thankfully, one thing that hasn’t changed is the Yakuza series’ quirky charm. In fact, this may be the wackiest entry in the series to date, which is no small accomplishment! Pre-order the game here.

Before there was Dark Souls, Bloodborne, or Sekiro: Shadow Dies Twice, there was Demon’s Souls. From Software’s big breakout game is in many ways still one of the best “Soulslikes” around, featuring a distinctive foreboding atmosphere few follow ups and imitators have been able to match. Bluepoint Games, who did a great job remaking Shadow of the Colossus, is giving Demon’s Souls the deluxe treatment, recreating the game’s crumbling ruins and various monstrosities in gorgeous detail. If you really want to show off your PS5, this is the game to get. Just make sure you don’t throw your fancy new DualSense controller in frustration. Pre-order the game here.

Godfall, the new fantasy “looter-slasher” from Counterplay Games and Gearbox Software, was one of the very first games announced for the PlayStation 5, which, of course, grabbed the title a lot of early attention. Since then, other games have stolen some of Godfall’s spotlight, but it’s still worth keeping an eye on. The game’s beautiful, it’s action looks fast and fluid, and there should be plenty of depth for those who love tinkering with their characters. Pre-order the game here.

Marvel’s Spider-Man was one of the very best games of this past generation, and now we’re getting a second helping. Spider-Man: Miles Morales sits somewhere between a standalone expansion and a full sequel, with a campaign similar in scope to Uncharted: The Lost Legacy. Step into the tights of inexperienced young Spider-Man Miles Morales, as he takes on classic baddies like Rhino and some new threats that may hit closer to home. While Miles Morales will be available on PS4, the PS5 version will feature improved assets, no loading times, and multiple 4K visual modes that are sure to get your spider sense tingling. Pre-order the game here.

Last year’s Call of Duty: Modern Warfare was a colossal success and this year Treyarch and Raven Software take a similar back-to-basics approach with Call of Duty: Black Ops Cold War. A direct sequel to the original Black Ops, this year’s CoD takes place during the 80s during the height of nuclear paranoia and rah-rah imperialism. Black Ops Cold War offers a full campaign sure to ruffle some feathers, all the multiplayer options you’d expect, including the new 40-player Fireteam mode, more Zombies fun, and will be fully integrated with Warzone. Cold War is guaranteed to be another nuclear seller. Pre-order the game here.

The original Hyrule Warriors was a solid Mosou-style hack ‘n’ slash, but it very much felt like a side project. That’s no longer the case with Hyrule Warriors: Age of Calamity, which features a cannon story set before the events of the acclaimed Zelda: Breath of the Wild. Gameplay doesn’t seem to have changed that much, but it looks nicer than ever, as the game borrows the appealing cell-shaded look of BOTW. No, this isn’t a true Zelda sequel, but it should keep your thumbs busy until we get one. Pre-order the game here.

Chicken Police is a gritty, atmospheric, film-noir-style adventure…in which you happen to play as a chicken. You’d be forgiven for thinking Chicken Police is just a goofy gag, but it looks like a surprising amount of effort has been put into its presentation and the game’s devs are promising a legit old-school point ‘n’ click adventure game along the lines of Grim Fandango or the Tex Murphy series. Chicken Police may be silly, but it takes itself seriously in its own way. Here’s the Steam page for Chicken Police.

I’m sure more politics will be the last thing some of you will want in early November, but depending on how the American election pans out, maybe reshaping the world is exactly what you’ll want to do. Realpolitiks II is a Europa-Universalis-like grand strategy game, expect it takes place in the modern world with players being able to take control of any country the want. We all secretly think we’d be able to run the world, so now’s your chance to prove it. Here’s the Steam page for Realpolitiks II.

At first glance, The Falconeer may look like a pretty straightforward chill-out game. Fly your bird around and take in the sights, right? Well, while you probably could do that, there’s actually a lot more to the game. The Falconeer offers a full epic story campaign, a large open-world to explore, deep faction and RPG systems, and some surprisingly intense-looking aerial combat. This may actually be one of the better RPG-like experiences available on the Xbox Series X/S at launch. Here’s the Steam page for The Falconeer.

Bugsnax! This colorful adventure from Octodad developer Young Horses has become somewhat of a meme, with folks on Twitter and elsewhere declaring it the most-exciting next-gen game, with varying degrees of seriousness. That said, the game really does look quite charming, and its “catch Pokemon-like bugs, then feed them to your friends to make them mutate” concept sounds just crazy enough to work. And hey, if you manage to snag a PS5 and are a PS Plus subscriber, you can try out Bugsnax for free! For those looking to play on PC, here’s the Epic Games Store page for Bugsnax.

And those are the games you should be keeping an eye on this coming month. What games are you planning to pick up in November? Did I miss anything you’re looking forward to?