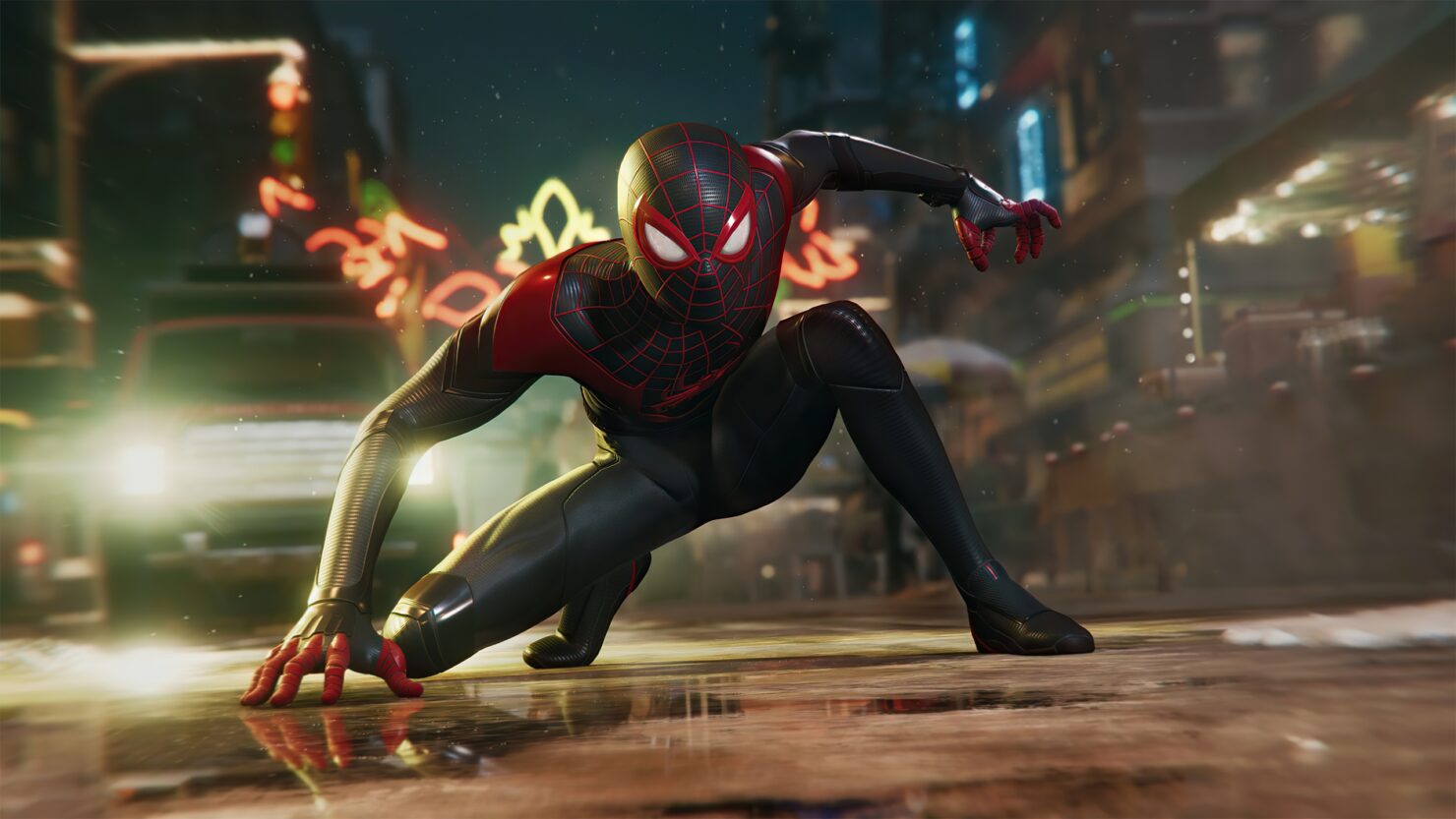 In an interview published today by Entertainment Weekly about upcoming Marvel games, we got to see a brand new Spider-Man: Miles Morales screenshot which has since been confirmed to feature ray-traced puddles by Insomniac Games' Community Director James Stevenson.

Intihar: We knew really early that the game was going to end with Miles getting the spider bite. We would tease it during development. I think everybody was focused on, 'Can you make the first one really good and we'll worry about the other stuff later?' But we wanted to have that set up so if it became a reality to do another game we could pull it off. This has a lot of heart.

Horton: This is a full arc for Miles Morales that started in Spider-Man. We really are completing this hero's coming of age in our game. It is a complete story. When we started crafting it, we realized that, with a little bit more of a compact storytelling style, we could tell a very emotionally impactful story that would fit really well as an experience that would take Spider-Man 1 and Miles Morales and do justice to this character. Whereas Peter Parker's story is born out of tragedy, Miles Morales is more so born out of family. What I think is really compelling about Miles as a character is he has friends that he could actually let into his world — his human world and his Spider world. He's a little different in the way he approaches it.

Spider-Man: Miles Morales, which has been compared to Uncharted: The Lost Legacy in terms of size and scope, will be a launch title for Sony's PlayStation 5 next-generation console. Insomniac Games also confirmed the availability of a 4K@60 FPS 'performance mode' option.