In the midst of the US government's tussle with Huawei, 5G rollout in the country has nevertheless commenced in the county. Verizon offers 5G coverage in 15, Sprint in 9 and AT&T in 21 American cities.

Today, Verizon Communications (NYSE:VZ) has announced that it is adding Houston, Boston and Sioux Falls in the list cities where the carrier's subscribers will experience 5G coverage. This addition will leave a gap of three cities between Verizon and the top 5G provider in the US right now, AT&T (NYSE:T).

Even though three new cities have made it on Verizon's list of 5G-supported cities, the network coverage will not be available in every corner. Verizon offers Ultrawideband 5G, which isn't able to cover large areas. Therefore, for all the three cities, if you want to use 5G on Verizon and have a device with a discrete modem to support the network, you'll have to ensure that the area in which you're trying to connect is covered by the necessary cell towers. 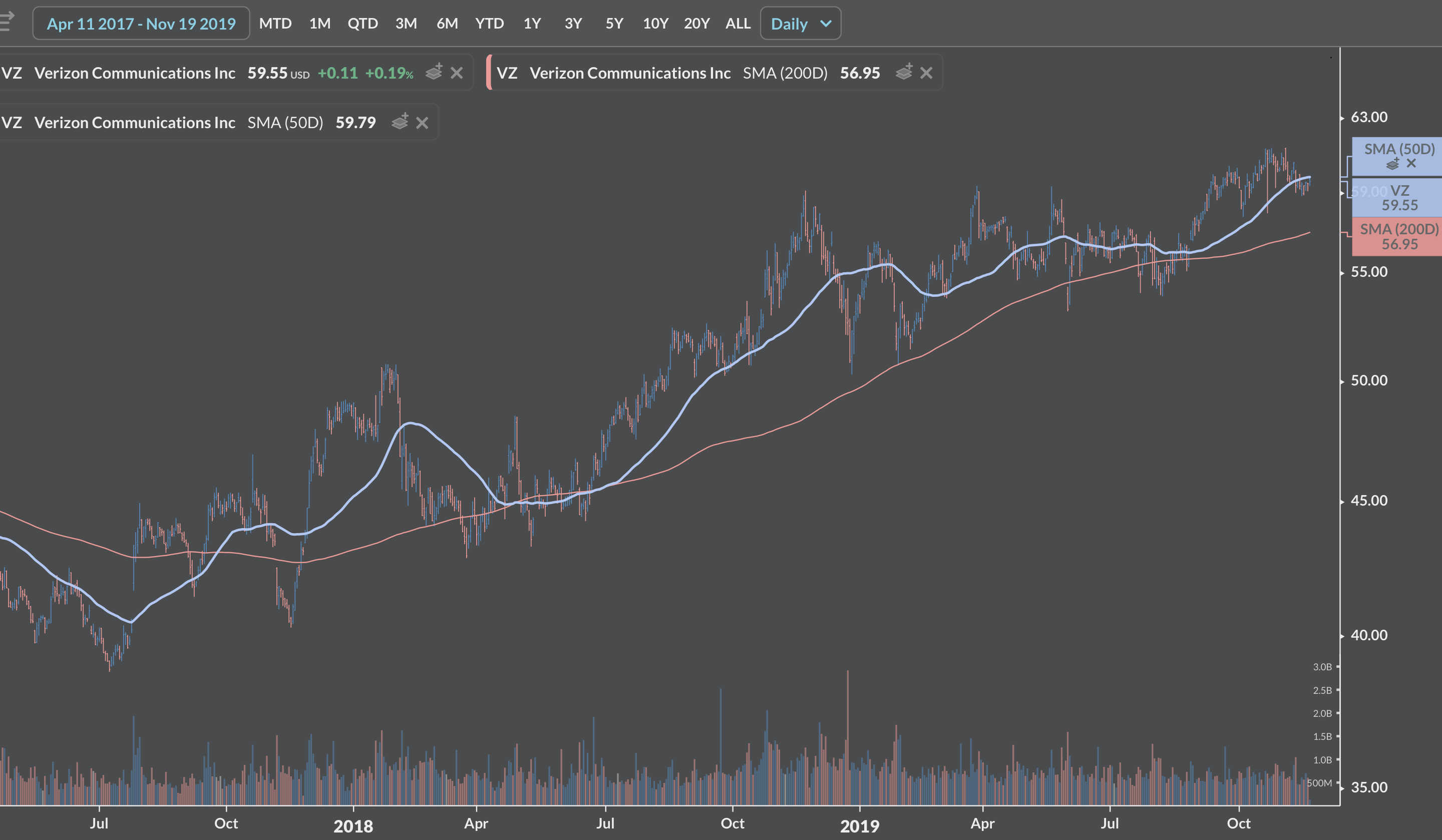 Of the four mainstream US carriers, T-Mobile (NASDAQ:TMUS) continues to lead in price, with one share of the carrier trading for $77.5 at the time of writing. In comparison, AT&T (NYSE:T) and Verizon are trading at $38.34 and $59.62 respectively. This indicates that the market isn't factoring in 5G coverage significantly in pricing decisions, otherwise, AT&T would have been the most valuable telecommunication carrier stock in the US right now due to its large 5G presence in the country.

Verizon (NYSE:VZ) intends to add 12 more cities to its 5G radar by the end of this year, and if AT&T doesn't keep up, then more Verizon users will have access to better cellular networks. Verizon's simple moving averages for 200 and 50 days reflect positive investor sentiment for the company, suggesting that the carrier's infrastructural efforts for 5G are being noticed over the long term and not in immediate pricing decisions.

At the start of trading today. AT&T's rating was cut to 'Sell' by Craig Moffett of MoffettNathanson.