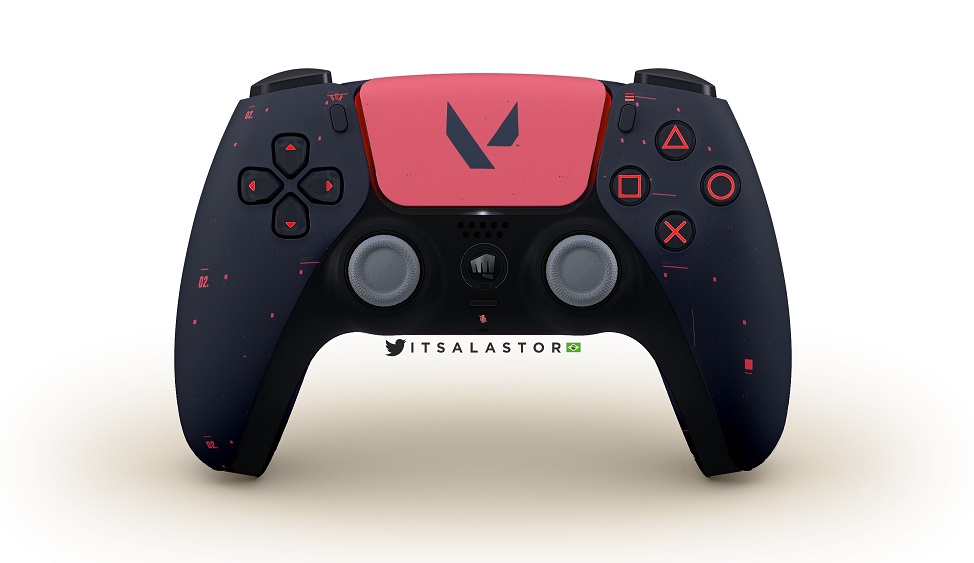 Riot Games’ upcoming FPS Valorant has currently only been announced for PC, but we figured this PS5 DualSense Valorant concept would be worth sharing.

Valorant is off to a good start with the game’s closed beta breaking Twitch single-day viewership records. To date, Riot Games has only confirmed that the tactical hero shooter will release on PC. Whether the game will also release on the next-gen consoles, including Sony’s PS5, remains to be seen at this point. Last year, Riot Games announced that League of Legends: Wild Rift would be coming to consoles, so console versions of Valorant don’t seem to be totally ruled out.

If Riot Games decides to release the game on the next-gen consoles, PlayStation 5 owners will make use of the all-new DualSense controller, which offers a built-in microphone, haptic feedback tech and adaptive triggers. Sony revealed the impressive-looking controller last week and various concepts with alternate colors have already surfaced online.

In comes another concept from art director and designer @itsalastor, who made a Valorant-themed DualSense mockup that we wanted to share. The concept image of the controller can be viewed at the top of this post.

The talented designer also created a Riot-themed concept of the PS5 controller, which can also count on our approval.

I made a Riot + PS5 themed Dualsense#PS5 #Dualsense #mockup pic.twitter.com/pMUp0mdB3k

What are your thoughts on these PlayStation 5 DualSense mockups? Hit the comments down below.

Valorant is currently in closed beta. The game, previously codenamed Project A, was announced last year. The shooter is slated for a release this summer.

Imagine this: tactical shooter meets hypernatural powers. Everyone’s got guns and a unique set of abilities, so how do you beat someone with the speed of wind? Use your own moves to outplay them and beat them to the shot. VALORANT is a game for bold strategists who dare to make the unexpected play, because if it wins, it works.