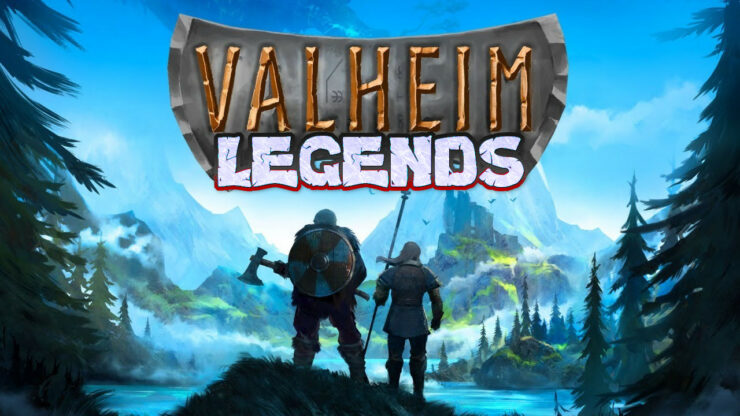 A new Valheim mod called 'Legends' adds six RPG-like hero classes to the hit Viking-themed survival game. Each of these classes features three unique abilities that should greatly diversify the gameplay of Valheim.

In order to unlock a class in this Valheim mod, you'll have to offer a specific item to the Eikthyr Altar: Flint for the Valkyrie, Raw Meat for the Ranger, Bone Fragments for the Berserker, Coal for the Mage, Dandelion for the Druid, and a Greydwarf Eye for the Shaman.

Valkyrie
1. Bulwark - Buff: adds a set block bonus to all blocked attacks and adds damage mitigation to the caster
2. Stagger - Attack: immediately taggers all enemies around the Valkyrie
3. Leap - Attack: Launch into the air and come crashing down, applying splash damage at the point of impact

Mage
1. Fireball - Attack: launch a ball of fire that deals splash damage and applies burning
2. Frost Nova - Attack: create a burst of ice around the caster that damages and freezes enemies
3. Meteor - Channeled Attack: use this ability to call down meteors to strike an area; channel duration (stamina expended) determines how many meteors are created

Druid
1. Regeneration - Heal: causes the caster and all nearby players to quickly regenerate health for a short period of time
2. Root Defender - Summon: grows friendly roots around the caster that will strike nearby foes
3. Vines - Channeled Attack: periodically launches piercing vine projectiles

The mod also introduces five new skills to Valheim: Discipline, Abjuration, Alteration, Conjuration, and Evocation. As you might have guessed already, each of the aforementioned class abilities is tied to one of these skills.

Installing the Legends Valheim mod is relatively simple. You'll just need to extract the downloaded archive and move the .dll file and assets to the game's BepInEx/plugins folder. To uninstall it, just remove .the dll file and the assets.