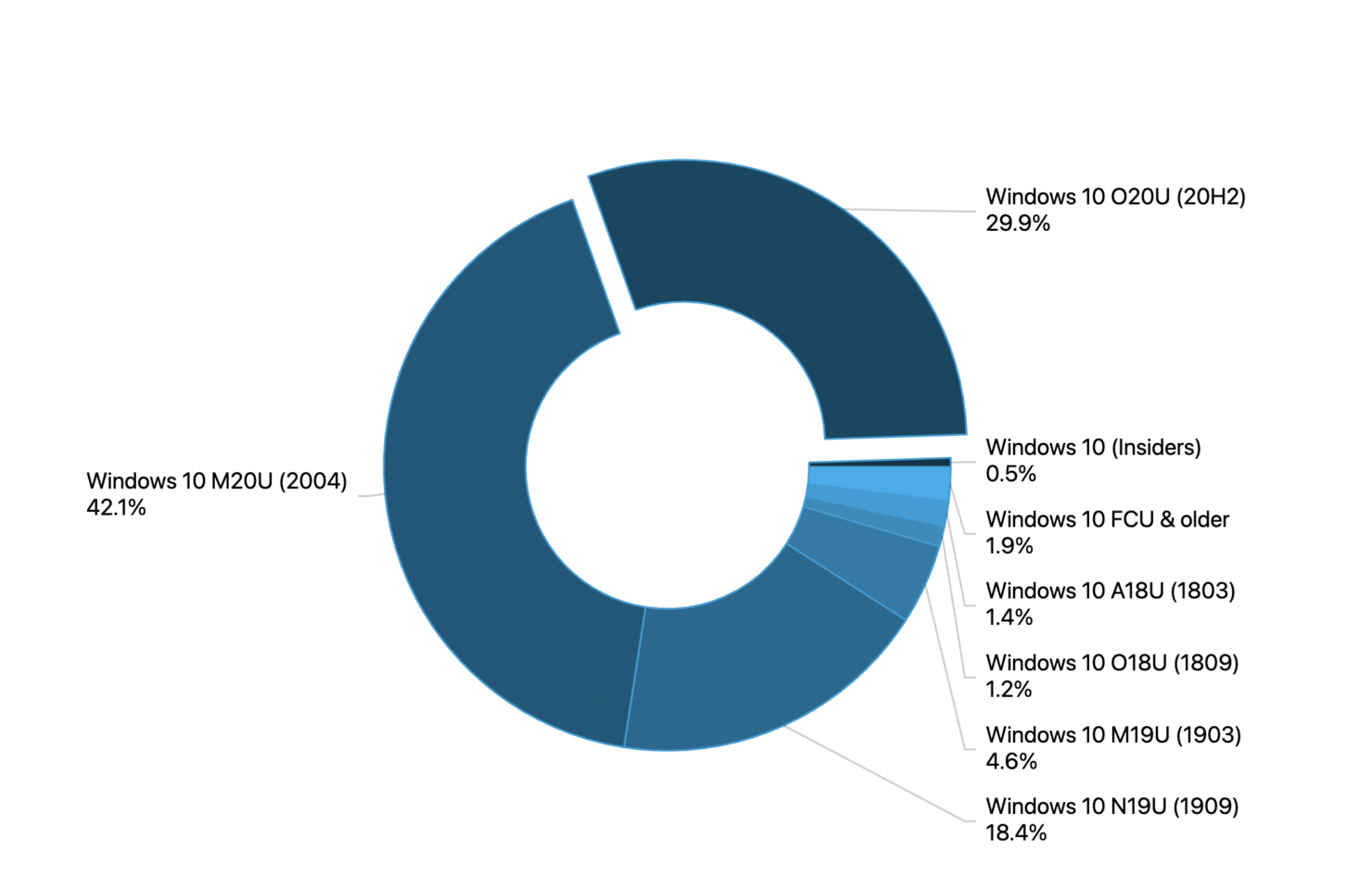 Windows 10 is finally seeing users adopting its latest version, 20H2. According to the AdDuplex report for this month, 29.9 percent of all Windows 10 devices are now running Windows 10 October 2020 Update (version 20H2).

A majority of users continue to run Windows 10 2004 or the May 2020 Update, which currently has a 42.1 percent adoption rate. Windows 10 version 2004 is the last major feature update that was delivered to the operating system as version 20H2 was a smaller feature update released like a monthly cumulative update.

"October 2020 Update is now on almost 30% of PCs surveyed," the report reads. "And a good sign is that it's not growing at the expense of 2004, but rather older releases."

The latest version has added some 10 points to its usage charts, grabbing most of the users from the older versions of the OS. Behind Windows 10 20H2's 29.9 percent and v2004's 42.1 percent is version 1909 at 18.4 percent and version 1903 at 4.6 percent. Some 0.5 percent of devices are helping Microsoft finalize the next versions of the operating system.

Windows 10 version 21H1 is about to be released

The Windows maker has moved the upcoming Windows 10 version 21H1 to the slower channels of the Windows Insider Program. Public release is expected to happen in the next few weeks. Those signed up with the Dev Channel have already moved on to testing features and improvements that would potentially end up with version 21H2.

Unlike previous years, Spring's version 21H1 is a smaller update focusing on security and remote access improvements instead of any major new features. Fall's 21H2 is expected to be the next major Windows 10 feature update after version 2004.