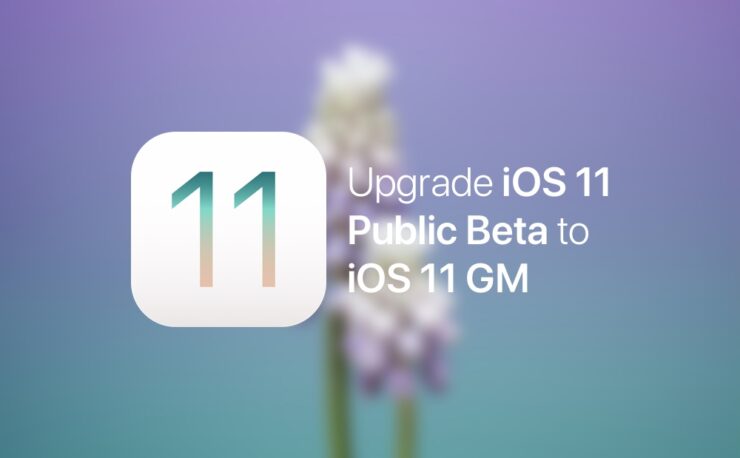 If you have iOS 11 Public Beta installed on your iPhone, iPad or iPod touch then let us show you how you can update to iOS 11 GM right away.

It’s pretty obvious by now that Apple’s iOS 11 GM for devices has taken the world by storm. It brings us insanely close to the final release while it’s worth noting that the Gold Master essentially is the final build in its own right. So, if you have a device that’s running iOS 11 Public Beta (any version) then you will be pleased to learn that you too can get in on the iOS 11 GM action absolutely free.

See, the thing is, rather than making the iOS 11 GM a developer-only thing, the software is available for public testers as well. So if you are enrolled in Apple’s Beta Software Program (which is free, by the way) then downloading iOS 11 GM is a simple case of heading over to Settings > General > Software Update. Once the update shows up, just tap on Download and Install. Easy, wasn’t it?

Keep one thing in mind: since the iOS 11 GM is being delivered to you over the air, therefore it might not perform as well as a clean installation would. But still, it’s totally your call if you wish to take this route. If you you know someone that has a working Apple Developer Program membership, then it’s worth installing iOS 11 GM from scratch. You’ll get the maximum performance benefits as well as the feeling of picking up your iPhone or iPad for the very first time when you bought it brand new.

Nonetheless, staying put on an iOS 11 Public Beta is not recommended at this point and updating to the Gold Master candidate is the right thing to do. You’ll be greeted with a load of stability implementations, and hopefully, better battery life compared to before. But of course, the latter is yet to be thoroughly tested since the firmware is barely a few hours old at this point.

We will keep our readers posted regarding more iOS 11 news as it arrives. For now, take the time to update your devices right away and experience what Apple has been working for the best part of 2017.

The final build of iOS 11 for the general public will be available on the 19th of this month.