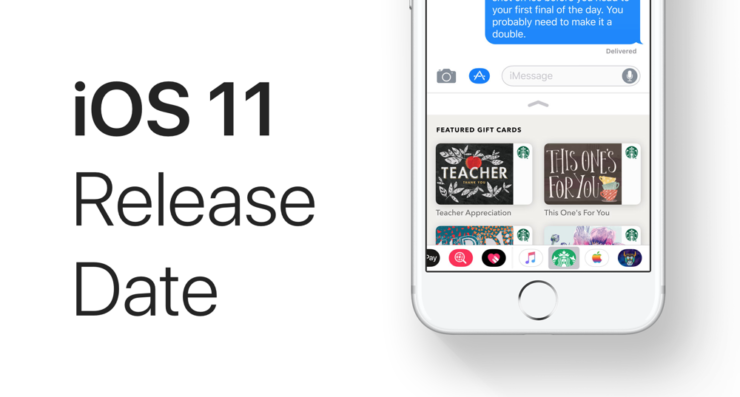 During its keynote, Apple made a quick rundown of the features which users can expect with the release of iOS 11. Things were topped off with a solid iOS 11 release date which is set for 19th of September. On this day, users that are not enrolled in the paid Apple Developer Program or the public Apple Beta Software Program can go ahead and download iOS 11 on their devices. If you are enrolled in the paid developer program, then you will be pleased to learn that you can download the Gold Master candidate of the software right after the event has concluded.

The update, as you’d expect will be delivered to everyone over the air. This means that you do not have to worry about losing your files and settings once the installation process is complete. However, I would still recommend creating a backup using iTunes or iCloud ahead of time, just to ensure that you are on the safe side of the fence. Apart from that, make sure you have at least a few gigabytes of space free on your iPhone or iPad so that everything goes as smoothly as possible. At least 4GB of space will give you enough headroom for the update to parse through perfectly otherwise iOS will hit you with that dreaded ‘memory is full’ message.

There are a ton of features and changes which you can expect from iOS 11, and overall it’s a very, very solid package. It features radical changes in places where it is most needed, such as the Control Center. Rather than just giving the settings pane a quick lick of paint and calling it a day, it is now fully customizable from the dedicated Settings page. Apart from that, Apple has introduced a new video recording format for devices - HEVC. This allows for the same quality at (almost) half the size, saving up quite a bit of disk space in the process. There is a whole lot more packed in there and something which everyone should be excited for.