Nolan North, the actor that voices Nathan Drake in Uncharted, was confronted about the departure of Amy Hennig to Visceral at MetroCon and was able to shed some light on not only that, but also on the mysterious Star Wars game supposedly in development. 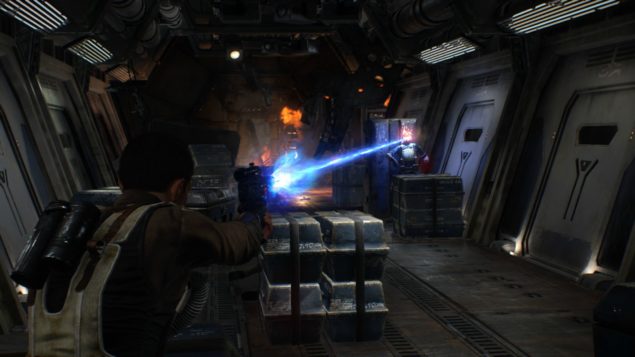 Nathan Drake gives away a little treasure, tells us about the unnamed Star Wars game from Visceral.

At the Q&A panel at MetroCon a fan asked a pointed question about Amy Hennig leaving and how that effected the script and story of Uncharted. Apparently they had to completely discard the eight months of production with her script. After Amy left, Bruce Straley and Neil Druckmann took the lead with a slightly different tone than before, though the overall dream was said to be the same.

It's just that they're different styles. But it's true to the story.

The really great information that came from this panel talk is about the secretive Star Wars project that Amy Hennig was supposedly hired for at Visceral Games. Nolan North was very quick to reassure fans that she's definitely going to be bringing her distinct story-telling style to Visceral, and thus integrate it into this Star Wars game we keep hearing about.

"If you're a big fan of Amy Hennig with her styles of stories, the big thing bout her is that she's gone to EA and is going to reboot a brand new Star Wars franchise in the style of Uncharted and I happen to know a lot about it and it's gonna be awesome,"

Reboot a brand new franchise? That's an interesting choice of words to use when describing what Amy wants to do. In fact it speaks to our previous assessment that Star Wars 1313 was going to be continued (or that it definitely should be). The only open-world Star Wars game that exists, but was never completed, is Star Wars 1313, so it's the only reboot possible in this scenario.

There really is no reason to doubt his appraisal of the state of Amy's new project. He's certainly in a position to be privy to at least some slivers of information. EA and Visceral would be remiss if they didn't capitalize on an already fascinating game concept.