Everything that starts has an end to it as well and that’s just how things work in our universe. This would mean that the universe will end too one day and scientists have often contemplated on this idea. Some have suggested that the universe will gradually get colder and just fade out of existence and they have estimated a time of about 2.8 billion years from now for this to happen. Calculations show that ever since the Big Bang, the stars and the planets in our universe have just grown further and further apart. A study has been provided that looks into this idea in more detail.

It’s not as simple as one might imagine though. The phenomenon of the destruction of the Universe has been studied for years and various possibilities have been brought forward. We currently know that the Universe consist of 68% Dark Energy and this is causing the earth to gradually expand. We don’t know what the energy is composed of and how it works to push the Universe further and further apart. The most popular hypothesis is the Universe will gradually grow apart and will become too cold and will no longer interact. This is believed to cause the eventual destruction or fading out of the universe. This possibility is called the ‘Big Freeze’ or heat death of the Universe. Now the scientists have proposed another possibility. What if instead of expansion into extinction, the universe expands till it can no more and ‘rips’. This scenario is called the ‘Big Rip’ and involves the Dark energy behaving in a manner it hasn’t done so before and to become denser with the expansion. 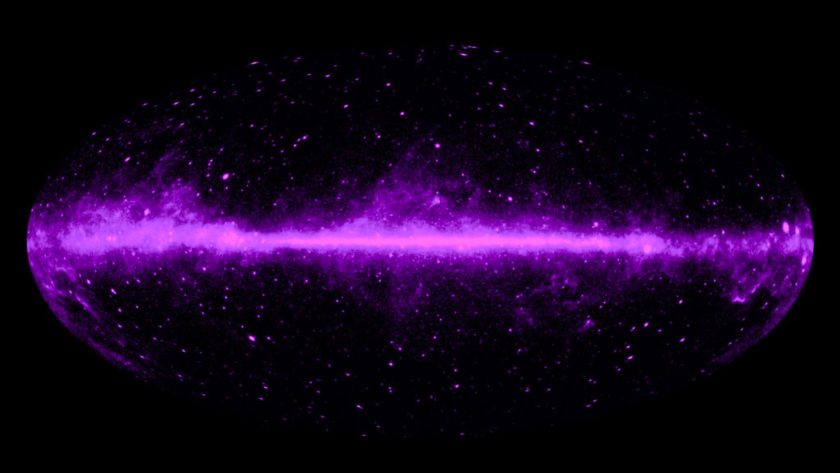 To look more into this concept a team of researchers from the Technical University of Lisbon, Portugal have studied three versions of the rip: the Big Rip; the Little Sibling of the Big Rip; and the Little Rip. The Big rip involves tearing of the universe abruptly, whereas, the other two are more subtle and more gradual. "What they have in common is that our galaxy, and all galaxies, would be ripped apart," one of the researchers, Mariam Bouhmadi-López told Rebecca Boyle from New Scientist. "Everything goes wrong." To study the likelihood of these variations the team studied the map of cosmos based on observations from the Wilkinson Microwave Anisotropy Probe and the Planck satellite.

So what were they actually looking for? They were basically looking for areas in the universe with different gravitational pulls. In some parts of the universe the dark energy or dark matter is more concentrated such as in the Milky Way. These variations in gravity can affect the rate at which the dark energy operates. After studying these clumps of matter the physicists came to the conclusion that the Little Rip will most likely be the cause that causes the Universe to die out. The results haven’t been peer reviewed yet so there are still chances that these predictions may be ignored. But for now this is another way how the Universe may come to an end. The paper is available online at arXiv.org and other scientists can have a look at it as well.

The known and the Unknown

This scenario may eventually be ignored but there are some important things that have been brought to our notice. According to Robert Scherrer from Vanderbilt University, "They’ve been able to come up with some observational signatures that are different in these models, and in the future we will be able to use that”. Scherrer is one of the scientists who originally came up with the Little Rip idea but wasn’t involved in the particular study according to what he told the New Scientist. This scenario will take years to actually happen if it does happen and according to Boyle it isn’t for another 100 billion years. We are still in the process of uncovering the secrets of the Universe so a lot has to be learned and more possibilities will eventually come. But for now, let’s sit back and look into this scenario a little more.