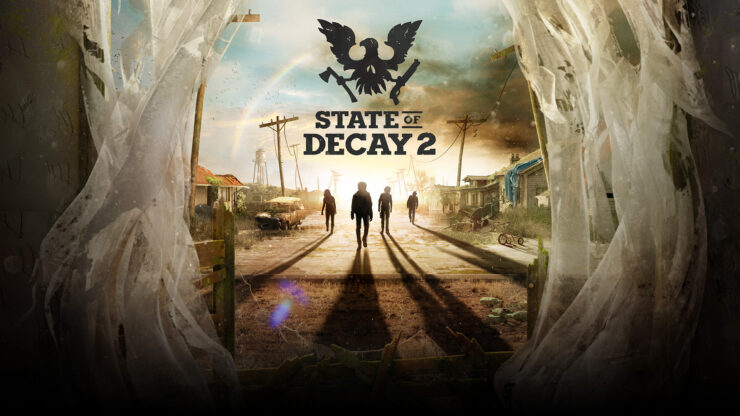 A Microsoft spokesperson got in touch to clarify that this initiative is not directly connected to Undead Labs and Xbox Game Studios. Rather, it's a side activity of Jeff Strain. Below you can find the full quote we received.

Jeff’s vision to increase access and expand opportunities for game development jobs and skills is an independent project. While not directly affiliated, Xbox Game Studios shares his vision for empowerment through games and are eager to support him in his efforts.

Undead Labs, the Seattle-based studio known for the State of Decay series, announced preliminary plans to open a new studio New Orleans, Louisiana. Additionally, there would be a 'partnered game development academy' for potential game developers.

Today we are excited to announce that the Undead Labs Studio Head and Founder, Jeff Strain, is launching an exciting new initiative. As anyone who has played State of Decay knows, big ideas don’t always come from the biggest cities or the flashiest neighborhoods. Sometimes the heroes come from places like Marshall or Spencer’s Mill. That’s why game development needs a bigger base, where the know-how, grit, and ideas of even more people can find their way to the public. As a small town guy himself, Jeff is dedicated to opening a new studio and a partnered broad-discipline game development academy in New Orleans, Louisiana. With the support of Xbox and Microsoft, Jeff’s going to continue in his role as studio head at Undead Labs while also building opportunities to bring in people who might not otherwise consider a career in the game industry. Maybe even someone with the vision for the next State of Decay is out there just waiting for the right opportunity! That’s all we can say for now, but we’ll share more information as soon as we can.

This could be part of the studio's plans to expand. Undead Labs got acquired by Microsoft last year, as announced at E3 2018, alongside Playground Games, Ninja Theory, and Compulsion Games.

Shortly after that announcement, Head of Xbox Game Studios Matt Booty told Eggplante that the acquisition would accelerate the studio's original plans to make State of Decay a 'much bigger, much more persistent online game'. As some of you might know, the founder of Undead Labs is Jeff Strain, one of the original lead programmers of World of Warcraft and later founder of Arena Net, where is credited as a programmer and executive producer on Guild Wars. In fact, the studio's original goal was to make a zombie MMO codenamed 'Class 4'.

While we wait for concrete details about the next project from Undead Labs, it's worth reminding that State of Decay 2 is headed towards Steam in early 2020. It'll have cross-platform multiplayer with the Microsoft Store/Xbox One version of the game.

Undead Labs: Microsoft is “Swinging for the Fences”; “They’re Not Messing Around”