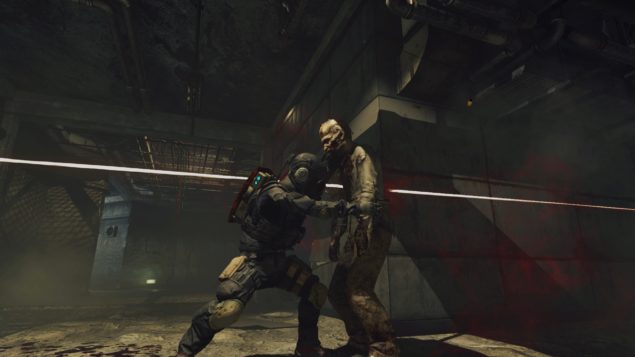 Two teams of developers faced each other in 3 vs 3 battles, which are even more intense in this mode since there is no respawn and the time limit is set to 3 minutes. The commentary provides insight on the tactics used such as flanking and sneak attacks from alternative paths.

The video also shows some of the peculiar weapons that you'll be able to find in Umbrella Corps; for example, the Brainer melee axe can be charged up for a one-hit kill, while the Zombie Jammer is like your proverbial double edged sword, since it can protect you from zombies as long as it works, but when it doesn't it will attract them instead.

Competitive third person shooter Umbrella Corps has been announced last month, during this year's Tokyo Game Show edition. The game will release in early 2016 for PC and PlayStation 4 at $/€29.99, £24.99.

After some backlash from fans, Capcom's Masachika Kawata said that the company intends to provide a variety of experience within the Resident Evil universe, but they are also preparing more traditional games; hopefully that means we're getting Resident Evil 7 sometime in 2016.