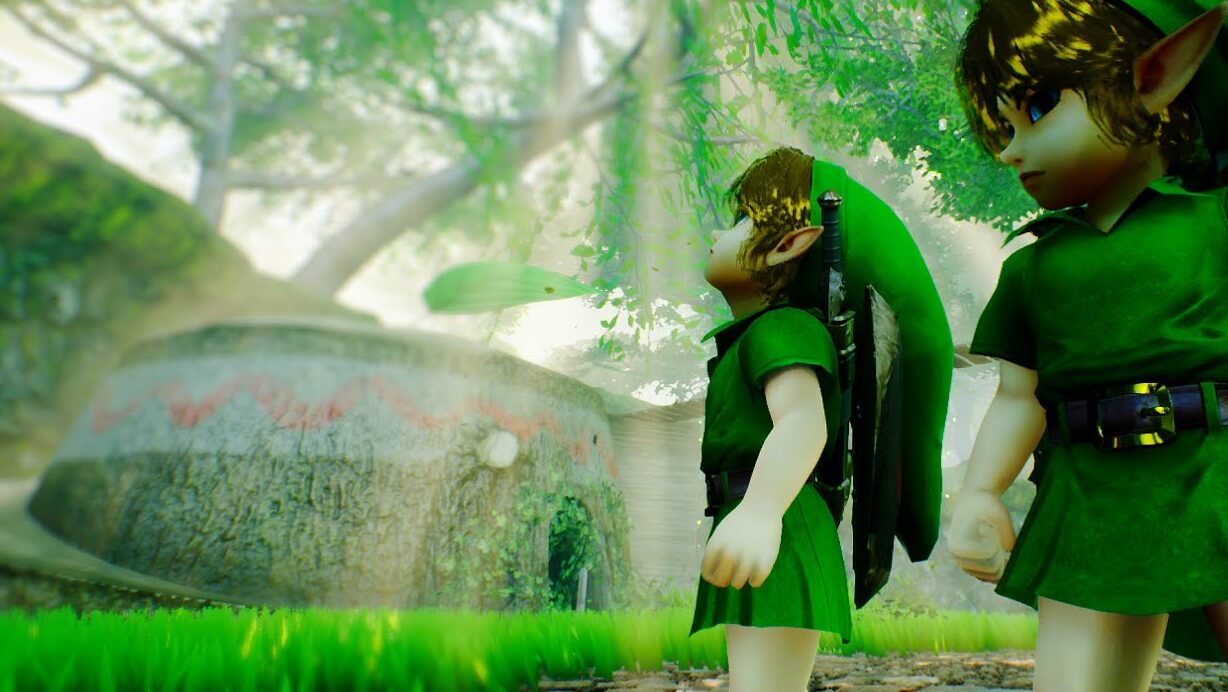 The Legend of Zelda Ocarina of Time Remake within Unreal Engine 4 now offers co-op play and it looks entertaining.

While various fans are already working on their own version of the game within Unreal Engine 5, others are still actively working on a remake in Unreal Engine 4, and it has to be said – this version is looking absolutely fantastic, and it looks fun to play as well.

Based on this video, co-op play works pretty well in this latest build of the Unreal Engine 4 remake. Co-op is a new addition to this fan remake, even more so considering the fact that both the official game and the recent unofficial PC port don’t support co-op play. Check out the video below:

To play this build online with co-op features, ‘CryZENx’ advises using an Xbox controller in addition to the Parsec application.

Those interested can download the UE4 The Legend of Zelda: Ocarina Of Time Remake from CryZENx’s Discord server right here.