Earlier this month, we have reported that a very interesting Unreal Engine 4 powered first person shooter game called Days Of War is looking for funds on Kickstarter. While the project may not seem that different from another World War II game launching in the future, Battalion 1944, Days of War will come with some interesting features that will set it apart from the competition, such as a map editor and more. Fans of the project could also vote for the game on Steam Greenlight, and it looks like Days Of War has managed to capture players' attention. 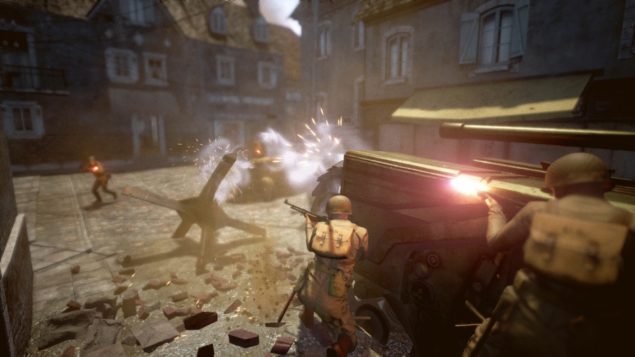 Recently, Days Of War has been greenlit on Steam Greenlight. Thanks to this, Valve has reached out to the developer to start moving things to release the game on Steam, so things are definitely looking good for the game.

As mentioned above, Days Of War will come with a full map editor which should expand the experience considerably. The team has recently launched a map editor demo, and the team is currently considering hosting a pre-alpha test of the map editor tools in the next couple weeks. If you're interested in participating, you can sign up for the pre-alpha testing on the game's official website.

Not counting the interesting map editor, Days Of War will come with plenty of other very interesting gameplay features, such as immersive gameplay and environments, gameplay variety, class based combat, with six classes coming with different traits and more. If you're starving for a World War II first person game, Days of War is the game to follow.

The Days of War Kickstarter campaign will be running for 15 more days, and $47,849 has been pledged so far. The team is asking for $100,000 to complete development for the game, so they can use any help they can get.

If funded, Days of War will be released later this year on PC, PlayStation 4 and Xbox One.