The huge success of the Battalion 1944 Kickstarter campaign has shown how there's quite a demand for first person shooter games set during World War II inspired by some of the best classic FPS such as older Call of Duty games and the Medal of Honor series. If you think Battalion 1944 won't be enough to quench your thirst for such games, you definitely have to keep an eye on another similar game. 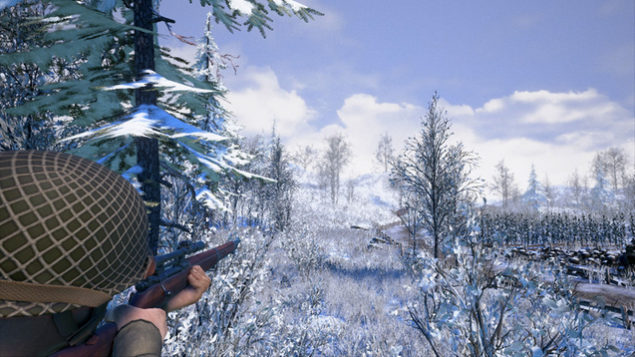 Days Of War, in development by Driven Arts, is an Unreal Engine 4 powered first person shooter game set during World War II. With their game, the team aims to revive the style of classic World War II shooters, focusing on the competitive aspects of the genre.

Our goal for Days of War is to deliver cutting edge graphics with fast paced competitive gameplay. We aim to strike a balance between the authentic weight and feel of the weapons of WW2 but with the lightness and quick response time of a competitive shooter.

The team has a very clear idea on how to proceed with the development of Days of War. The game will include immersive gameplay and environments, gameplay variety, class based combat, with six classes coming with different traits and deep support for modding and player content, which will allow players to tune Days of War in several different ways.

If you like what the team is promising, you may want to back the project. 110 backers have already pledged around $3,893, with the team looking to gather at least $100,000 to complete the game. You can support the project and learn more about Days of War by going here. You can also vote for the game on Steam Greenlight and check out a trailer right below.

If funded, Days of War will launch later this year on PC, PlayStation 4 and Xbox One. We'll let you know more about the game as soon as more comes in on it so stay tuned for all the latest news.