Ubisoft: Stadia’s Server Capabilities Will Usher in a New Generation of Games 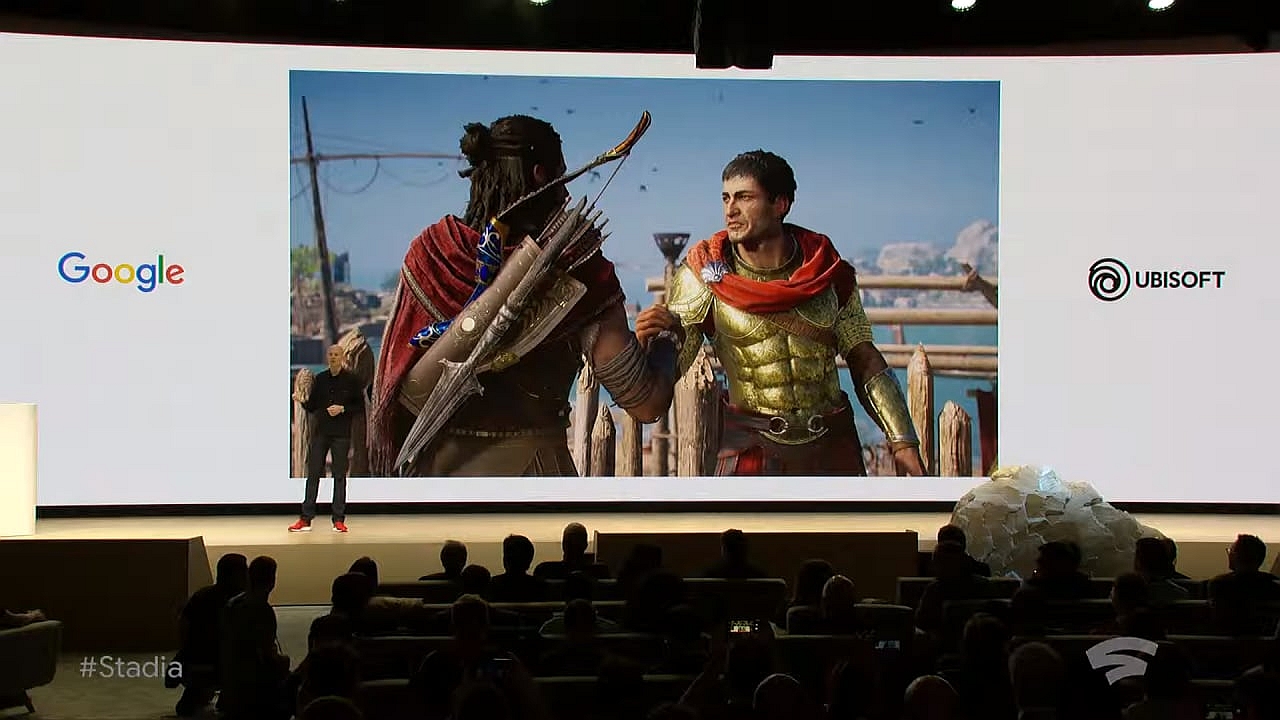 Ubisoft is arguably the triple-A publisher that's more focused on innovation, whether it's by investing in new intellectual properties or brand new technologies. One recent example is the partnership with Google on Stadia. As you might recall, the 'Project Stream' test was conducted using Assassin's Creed Odyssey as the game testers would play.

In the latest MCV magazine (available for free on Issuu), EMEA Executive Director Alain Corre explained the publisher's excitement for Stadia with two main reasons: expanding the customer base, of course, but also providing creators with the hardware capabilities to usher in a new generation of games.

We have moved very early on a lot of new technologies in the past, whether it’s the Wii with the Wiimote or the Kinect for example. And we feel that streaming and cloud gaming technologies are bringing something additional to our industry. We like the idea of the consumer having more options to consume games. Whether they consume traditionally by buying a physical game, by downloading, or if they prefer to stream games, it’s giving them new possibilities. And we will attract new categories of players thanks to this.

Some people don’t want to buy a physical machine or physical goods, or people in some countries feel it’s more convenient to stream games – and there are plenty in the world.
So streaming will give us two things. First is the possibility to create different games. With the capacities of the servers in the cloud, we’ll be able to bring a new generation of games in a few years. The servers will help our creators to put more AI into games, more characters, more NPCs. And that will be I think a real disruption.

And also, again, streaming will appeal to some people in some countries that have never been able to consume games before. So I think the combination of the two will grow the market and we very much like this idea.

So, yes, we are one of the strong supporters of Stadia because [Google] is really the first big company to enter into [cloud gaming] with a lot of push and power behind it. And we want to support this kind of initiative. So we have, I think, six or seven games at launch on Stadia. We believe that this streaming technology will grow, it’s the real start of streaming technology for games this year.

There’s been some in the past but not that important. It will take time for all the servers to be in place in every way, in every country, but it’s the start of something big in the future.

Corre's words on the potential of Stadia echo those of Google's own Phil Harrison and Larian CEO Swen Vincke. Data servers have a built-in advantage over localized hardware in that they can 'recruit' the power of multiple servers through elastic compute to calculate more detailed physics, more realistic AI et cetera.

We'll likely get the first taste of Google Stadia's potential in this regard with Football Manager 2020, as the game's developers have confirmed the game will play best on the new platform, allowing players to either add more leagues to their existing session or just keep the same number while having a quicker experience. Still, the prospect of the next Assassin's Creed running on Stadia and next-generation consoles (which will be equipped with much better CPUs) is a tantalizing one.