Ubisoft: PS4 is an Amazing Machine – The Division and Snowdrop Engine are Specifically Developed for Latest Consoles

One of the Ubisoft’s upcoming gems is a massively multiplayer online third-person shooter video game title called Tom Clancy’s The Division that provides an immersive next-gen in-game connected experience exclusively on PC and latest consoles. The game is set in dynamic, engaging environments that are being developed using the power of Snowdrop Engine, which according to Ubisoft Massive, is specifically developed for the new generation of consoles and it allows The Division to take full advantage of the hardware that Sony’s latest “amazing video game machine”, the PlayStation 4, packs. 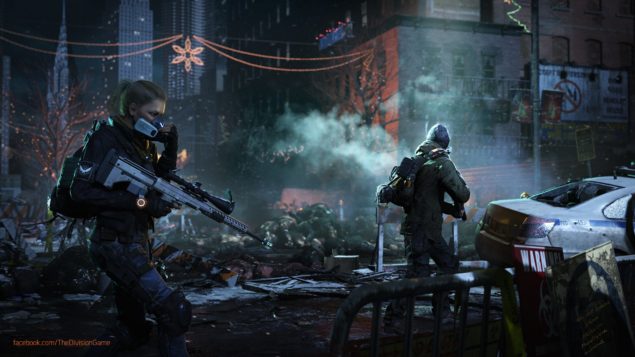 Tom Clancy’s The Division ranks among some of the video game titles that are not hitting the local shelves before 2015, but are still surrounded with massive hype. The game is a tactical third-person shooter and it also contains RPG elements. Set in New York, The Division follows the aftermath of a lethal virus that spread on Black Friday and collapsed the entire society into chaos. Player gets to play as a member of The Division, a top-secret group of self-supporting tactical agents, whose sole duty is to “save what remains.” Along with delicately developed AI, the upcoming game is dedicated to realism and features truly immersive next-gen visuals and textures.

Recently, The Division’s Executive Producer at Ubisoft Massive, Fredrik Rundqvist, talked to PlayStation Universe about the upcoming game and explained how it efficiently consumes the PlayStation 4’s hardware. According to him, PlayStation 4 is an amazing machine, and The Division feeds on all the potential that the console has to offer right now. Both the game and the Snowdrop Engine have been developed from the ground specifically for the latest consoles so the development team didn’t face any technical problems at all. He stated:

“We developed both the engine and the game specifically for this new generation of consoles. So we didn’t have any problems at all, it was perfectly built for that. I know a lot of other games are using older engines that they need to port. Ours was built from the ground up. It takes full advantage of the PlayStation, and it’s an amazing machine.”

The latest PlayStation 4 and Xbox One consoles are still young and new to developers, so it will obviously take some time before video game developers are able to push things further by finding new ways that allow them to unlock the full potential that the consoles have to offer. Rundvist is well aware of this fact, as he too thinks that the latest consoles pack incredible hardware power by default but it will be only unlocked once developers learn to use all the details together. He said:

“With a console generation there is a lot of growth once people learn to use the system. I think the same will happen with the PS4. We will be able to push much more from the consoles when we learn to use all the details. They are incredibly powerful by default but there is more to get from them.”

Tom Clancy’s The Division was expected to arrive later this year on PC, PlayStation 4 and Xbox One but the developer pushed it back into 2015 without pointing out a specific release date. You can check out the graphics comparison between the game’s E3 2013 and 2014 demos here.