Tom Clancy's The Division is one of the several upcoming triple A video game titles that promise to provide bottomless and truly immersive next-gen in-game connected world experience. First announced at E3 2013 and currently being developed by three Ubisoft game development studios, The Division is an online third-person tactical shooter video game that packs the elements of a MMORPG title. Below is a video comparison of the game's graphics showing you how the development on the title is proceeding. 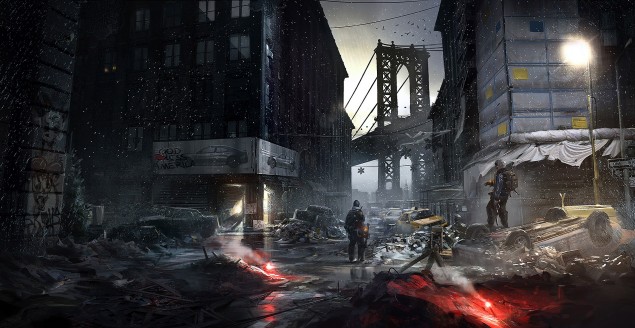 Unless you have been living under a rock, you would already know what Tom Clancy’s The Division is all about. This highly anticipated video game is apparently inspired by Operation Dark Winter and Directive 51, two real-world events which, when occurred, uncovered the fragility of human race. The story of the game begins with a disease that spreads across the United States entirely on Black Friday and causes the society to collapse within five days. Player takes position in the game as an armed member of a strategic group called "The Division", which is formed to protect the remaining civilization.

Ubisoft is now somewhat notorious for downgrading its games as they get closer to the end of development, the most recent example is Watch Dogs, this year's most hyped game by the developer. To see if the things are going the same with Tom Clancy's The Division, here we have a video comparison, courtesy of YouTube user known as LuckySkillFaker, for you showing the differences between the graphics of the game shown in the E3 2013 and 2014 demos, and fortunately, the results are far from bad.

Moving further into development, for an obvious reason, we see many impressive changes in The Division's visuals and gameplay shown in E3 2014 demo compared to E3 2013 demo. Last year, Ubisoft only showed off a small part of the in-game world, but this year, the developer showcased more scenes, revealing the distinction in lighting across different in-game settings. Notably, The Division E3 2013 demo had more close ups in general, but E3 2014 demo didn't feature many close ups.

The comparison video also shows that the new modifications made to the game are not only in the graphics field, the gameplay elements of the game have also been enhanced by the developer. The menu pop for smartwatch UI and the introduction of Echos show that Ubisoft has been adjusting the in-game stretch. To check out all these and more improvements for yourself, watch this comparison video given below.

Tom Clancy's The Division was expected to launch this year but the developer delayed the game back into 2015 without revealing any specific release date. The game is being developed for Microsoft Windows, Playstation 4 and Xbox One.