Ubisoft Talks About Graphics Parity Between PC, PS4 and Xbox One for The Division – PC will Have its Fair Share

Now that Ubisoft’s highly anticipated third-person shooter video game known as Tom Clancy’s The Division has already been pushed back to release next year, several rumors and speculations surround the upcoming game that is being developed using the power of Snowdrop video game development engine that has been created specifically for the latest consoles. Most talks about The Division suggested that Ubisoft Massive, the lead developer, would have to “downgrade” the game’s graphics on PC to match its PlayStation 4 and Xbox One versions, however, the developer has now dismissed these talks saying it won’t be the case. 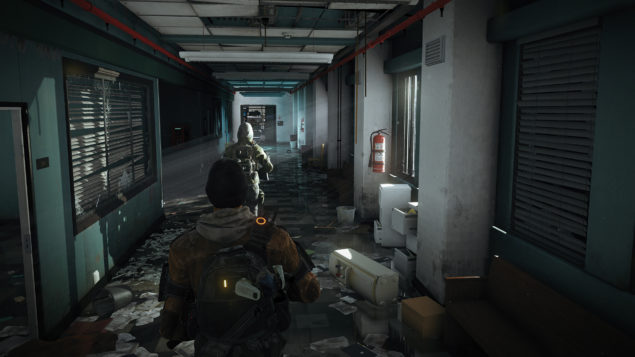 Being developed by Ubisoft Massive in collaboration with Ubisoft Reflections and Ubisoft Red Storm, Tom Clancy’s The Division is a highly anticipated shooter that is inspired by real-world events and is created exclusively for the latest platforms using the power of Snowdrop engine that itself was built from the ground specifically for the eighth-gen video game consoles and PC. In the waves of previous sequence of events, it was being speculated on various boards that the developer might downgrade the graphical quality of the game and bring it down to the level of the latest consoles to achieve parity, however, the developer has now spoken against it.

In an interview with Open World Games [YouTube], Martin Hultberg, head of communications at Massive Entertainment, came forward to make things clear saying that “downgrade” is not an accurate word to define the studio’s approach towards the development of The Division on latest platforms. Explaining how the developer is working at its best to maximize each version of the game according to the offerings of its respective platform, Hultberg said:

"Downgrading is a weird term to use. Obviously, we want to make a game that looks the best it can on its respective format, so Xbox One, PlayStation 4, and PC. So I think the term downgrade is a bit confusing and weird because we're trying to get the most out of every machine we use. So Xbox gets its attention, PlayStation gets its attention, and PC of course will be able to cram it up a bit more depending on the hardware you have."

When asked to clarify if Massive Entertainment was planning to match the specifications of The Division (i.e. 1080p or 60fps) across all platforms, Hultberg said that each version of the game is being treated individually and is being optimized by taking out the most from each respective platform, meaning that the PC version of the game will have its fair share and won’t be downgraded in name of parity. He said:

"We address every console, every platform as its own version. So we try to stay away from the thing where you go for the least common denominator and everybody suffers for it. We want to make a good experience on all respective formats."

During the interview, Hultberg also teased that Ubisoft might release a beta or alpha version of The Division ahead of its release next year so that players may experience the game and point out any possible corners that need polishing. He said:

"We have a long experience in doing online games dating back to Ground Control and World In Conflict. And I think the chance to involve people to do tests is very important. I suspect we will release more details on the possibilities for public tests later on."

With all that’s been said above, it looks like Ubisoft won’t compromise on the graphical quality of The Division on one platform just to match the level of the other platform, and that PC players will get a completely optimized version of the game. Though the interesting thing is that The Division wasn’t even officially announced for PC until just about a year ago, after an online petition raised almost 140,000 signatures for the development of PC version of the game. To find latest information about the game, keep checking back here.