Before the release of Assassin's Creed Unity, Ubisoft had a developed reputation ranging back year of announcing a game's release date and then, a month before it arrives, pushing the PC version back a few weeks. That probably was in the favour of the developer, allowing Ubisoft with ample time to  stabilise their games  before they were released in the market. Unfortunately, with Assassin's Creed Unity, Ubisoft went with the same release date of the game on PC and it was a bug infested mess if i'm allowed to say that here. Bug reports were coming in from all Ubisoft fans and it was so bad that Ubisoft issued a formal apology and some freebie games to match them. But the good news here for the fans is that Ubisoft is taking a slightly different approach with Assassin's Creed Syndicate. 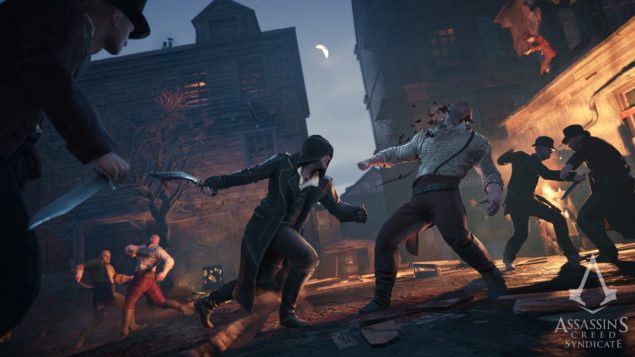 "We've got an internal team that's dedicated to the PC version, and one of the things that I'm happy about is that we're really taking our time with the PC version to really make it shine," Creative Director Marc-Alexis Côté told us at E3. "We want the game to really work well on the PC on day one, which is why it's not the same launch [date] as the Xbox One and the PS4 versions. It will come a bit later in the fall, but I think it will be worth the wait."

"We're working really hard on optimizing the game, making it run smoother on a wider range of PCs," he added, when the question of Unity's abysmal performance on high-end hardware came up. "We're really dedicating a team to working on this and making sure it shines."

Well, this is good news for the PC gamers out their. Ubisoft is making no exceptions in making sure that Assassin's Creed Syndicate is a stable launch and wins back the trust of its fans. Assassin's' Creed Syndicate is coming to the Xbox One and PlayStation 4 on October 23, and to the PC at some point after that, presumably before the end of 2015.

Stay tuned for more information on Ubisoft and Assassin's Creed Syndicate. Do share your views with us in the comments section.