One of the most anticipated titles of the quarter included a major player in the gaming market i.e. Assassins Creed Unity released on the 11th of November. So it won't be news anymore when I say that assassins creed unity was crawling with bugs and required day one patch updates in the market to fix some of the bigger ones. Ubisoft has accepted that the game launched in an unacceptable state, referring to the statement by their CEO, Yannis Mallat. 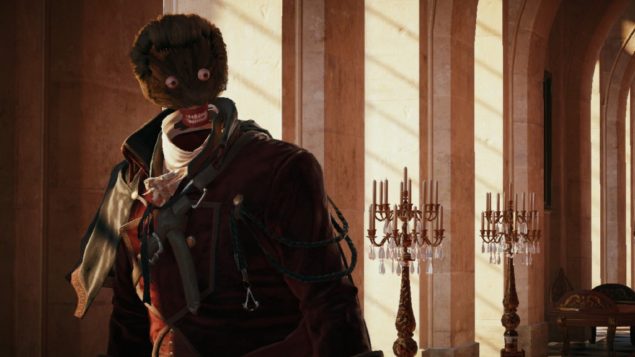 A Public Apology to the Gamers

An official statement popped up on the Assassins Creed website yesterday concerning the patchwork on the Assassins Creed Unity where Yannis Mallat, CEO of Ubisoft Torronto, issued a public apology to all those who bought the game. He said "We know that it was a highly-anticipated moment for many of you as well, as you looked forward to taking part in the first truly next generation Assassin’s Creed game." He added "I want to sincerely apologize on behalf of Ubisoft and the entire Assassin's Creed team. These problems took away from your enjoyment of the game, and kept many of you from experiencing the game at its fullest potential."

With the apology addressed to, he turned towards the news concerning the third patch release of the game, adding that "We’ve been working hard to fix the problems players are reporting, and the patches we have released so far have resolved many of them. Today, we’re releasing our third patch, which fixes a variety of specific issues related to the game’s stability and performance, matchmaking and connectivity, game-play and menus." The Patch 3 Release Notes can be found here.

Making Up for the Incomplete Game with an Impressive Offer

He announced that everyone who purchased the game is entitled to receive the downloadable content, in the form of Assassin’s Creed Unity Dead Kings, free of cost although the release date is yet to be announced. The DLC of ACU: Dead Kings will be available free on all platforms.
Addressing the season pass holders Mallat announced that "For the Season pass holders, we will also offer the choice of one additional game from a selection of Ubisoft titles for free." The collection includes:

The address with Mallat saying that "In addition to the latest patch and this offer, we are committed to delivering further fixes for other issues you’ve raised. In the meantime, please keep your feedback coming – it has been both humbling and incredibly helpful as we continue working hard to improve the overall quality of the game." It's quiet a fair deal and it does seem like the company have learned their lesson. They reflected that they care about their audience and we all hope that they'll come back with a polished following product to this one.