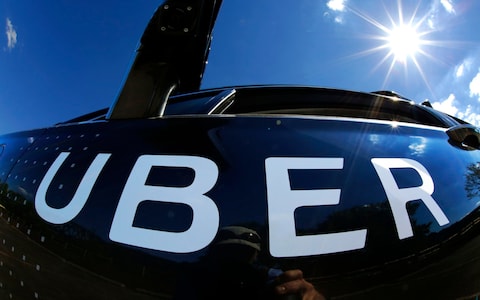 Uber (NYSE:UBER) has revealed that the UK is weighing the possibility of classifying the company as a transportation provider, thereby, rendering it susceptible to the imposition of significant tax liabilities.

“The Uber Group is involved in an ongoing dialog with HMRC [Her Majesty’s Revenue and Customs], which is seeking to classify the Uber Group as a transportation provider,” according to the company’s UK filings.

Uber is currently structured in a manner that allows it to export ‘digital services’ from its Dutch subsidiary, Uber BV, to its UK-based drivers. This structure allows the company to minimize its tax liability by claiming that it is not a transportation provider. Moreover, the ridesharing service classifies its drivers as contractors rather than workers which, in turn, allows the company to avoid costs pertaining to employee benefits.

This issue of Uber’s core business activity classification is intrinsic to an ongoing litigation in the UK Supreme Court where the company is fighting to retain for its drivers the legal classification of contractors. Consequently, in case of an adverse judgement by the UK Supreme Court or a unilateral reclassification of its business activities by the HMRC, Uber could be charged 20 percent VAT “on gross bookings or on the service fee that the company charges drivers.” This measure would either slash Uber’s margins or force it to increase fares, making it less competitive against rivals. Additionally, the VAT charges could be applied “both retroactively and prospectively” which would give rise to a back tax claim that could run in hundreds of millions of pounds.

Of course, this is not the only issue plaguing Uber in the UK. In 2017, the Transport for London (TfL) refused to renew the company’s license over ineffective practices pertaining to the background checks of its drivers (read our previous coverage here). The company, however, won a 15-month reprieve from a court. This reprieve ended on 25th of September 2019 and, subsequently, the TfL granted Uber only a two-month London operating license. This suggests that the authority wishes to keep the company on a short leash so as to ensure a more proactive monitoring of its business activities.

The ridesharing service draws a significant proportion of its overall cash stream from a handful of cities with New York, Los Angeles, San Francisco, London and Sao Paulo contributing roughly 25 percent to the company’s revenue. Things are already worsening for Uber in San Francisco where the California State Legislature has passed a law, more widely known as AB5, that grants part-time workers – including the company’s drivers – a variety of employment benefits. This, in turn, has increased Uber’s operating cost in the state. Given the industry-wide stagnating growth, if Uber’s margins are now headed for a squeeze in the city of London as well due to the imposition of VAT charges, the company’s bottom line is bound to suffer a massive hit. Moreover, UK's imposition of VAT charges on Uber will certainly resonate with other EU countries which, on the whole, possess quite similar VAT regimes.