Uber Rocked as Kalanick Sued for Fraud by Key Investor 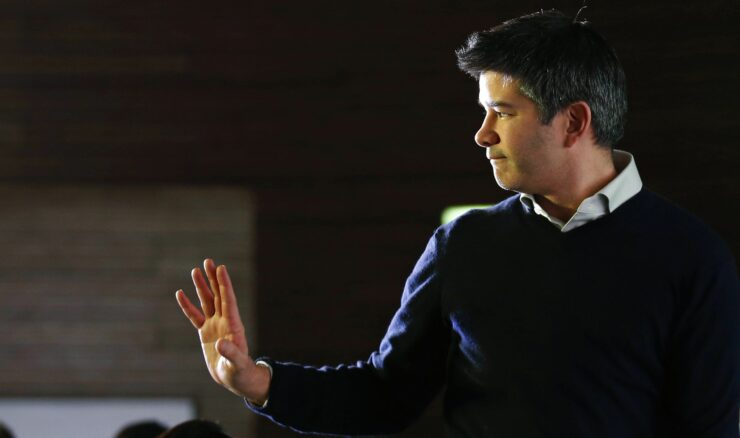 It's probably a good thing that Uber is a private company. If it weren't then the seemingly endless list of scandals would take a toll on investor confidence and share price. Just three months ago Uber revealed its financials for the first time, indicating that the company lost $3.8bn in 2016. Things have recently got worse for the company. Former CEO Travis Kalanick has been sued by one of the company's largest investors: Benchmark Capital.

Filed yesterday in Delaware Chancery Court, Benchmark are suing Kalanick for fraud, breaches of fiduciary duty and breaches of contractual obligations. The complaint specifically states that this was done in an aim to "entrench himself on Uber’s Board of Directors and increase his power over Uber for his own selfish ends. Kalanick’s overarching objective is to pack Uber’s Board with loyal allies in an effort to insulate his prior conduct from scrutiny and clear the path for his eventual return as CEO"

Uber Under Kalanick: A Damaged Past

The now resigned CEO Travis Kalanik has overseen a company embroiled in a list of controversies that needs to be seen to be believed. A host of executives left the company earlier this year, including President Jeff Jones. This was following allegations of sexual harassment of female employees in what was described as a toxic work environment. Compounding this issue was the fact that Uber employees were able to use data to stalk exes, celebrities and others.

Outside of these issues, Uber has had large problems with regulators worldwide. The greyballing scandal, effectively hiding the number of active cabs it had from particular users (read: regulators). The company has faced a host of issues outside of America also. Abandoning its operation in China at a loss of $1.2bn is just one element. Recently the company has pulled out of Denmark as regulations require taxi's to be fitted with fare meters and seat occupancy sensors. UberPop, the low cost alternative using unlicensed drivers has also been banned in a number of countries, including France, Germany and Finland.

Here in the UK an employment tribunal dictated that its drivers have rights to minimum wage, sick pay and paid holidays. Uber are appealing this decision, which is to be heard September 27th. The claim against Uber stated that drivers have little, if any independence. Working patterns are dictated to drivers and they are locked out of the app if refusing too many fares. In addition, commission had been raised while rates that drivers can charge have been cut. 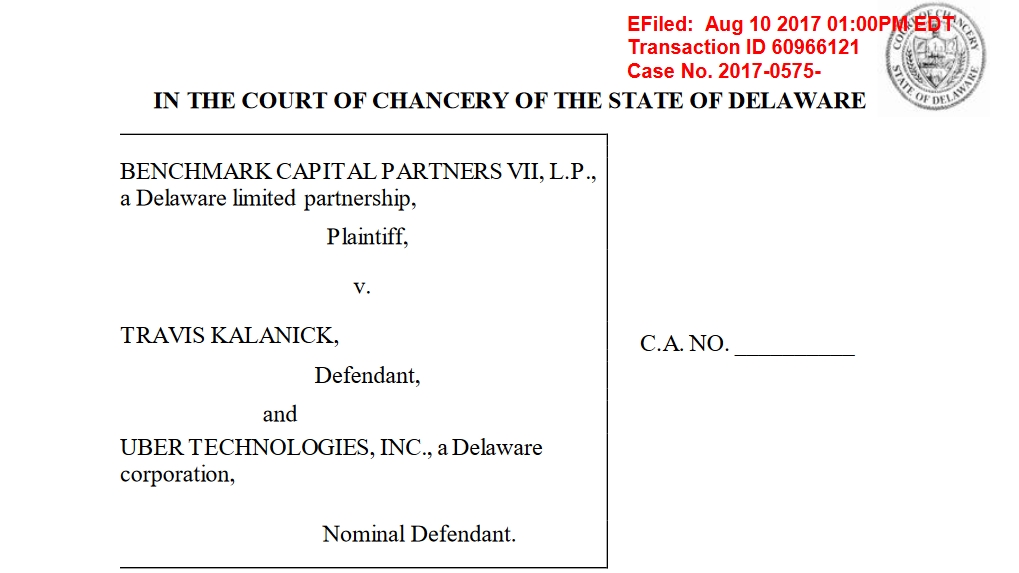 What of the Suit?

These highlighted cases of gross mismanagement include the purchase of a company (Otto) allegedly harboured stolen trade secrets from competitor Waymo. Another highlighted case is of former executive Eric Alexander who reportedly obtained medical records of a woman raped by her Uber Driver. These records were allegedly passed around amongst other executives, including Kalanick. Furthermore, the case highlights the aforementioned sexual harassment and discrimination of employees in the workplace, amongst other issues.

Benchmark claim that, were they informed of these events of misconduct, they would have never approved the three extra seats. The suit alleges that Kalanick knew his misconduct would eventually force him to resign as CEO of Uber. Moving to cement his position he hid the misconduct, having the vote pass and packing the board with three directors loyal to himself. This packed board would leave him with a significant role in the strategic direction of the company.

The Rebuttal and the Future

Travis Kalanick's spokesperson has stated that the suit is "completely without merit and riddled with lies and false allegations". In addition to this, the statement states that Benchmark are acting completely out of self-interest and that the suit is contrary to the interests of Uber and a blatant attempt to deprive Kalanick of his rights as Uber's founder and shareholder. The statement also states that Kalanick "will continue to act in the interests of Uber and all of its stakeholders and is confident that these entirely baseless claims will be rejected".

Particularly noteworthy is the size of the relevant parties’ stakes in Uber. Kalanick reportedly holds 10% of the company's stock, with 16% of the voting rights. Benchmark, on the other hand, hold 16% of the stock with 20% of the voting rights. It would be safe to argue that a venture capital firm like Benchmark would be hesitant to damage one of their biggest investments. Particularly so as Uber is valued at over $60 billion. However, this valuation has reportedly been falling as a result of aforementioned scandals. It could likely fall again as a result of the lawsuit and the implied fractures within the board of directors.

Should Benchmark Capital be successful in their suit, Kalanick would be ousted from the Uber board of directors. This would effectively kill off any chance of him returning to the company in any significant role. Also worth noting is that the CEO position is still vacant. In addition, yesterday Ryan Graves, the company's first employee, resigned from his operating role while remaining on the board.