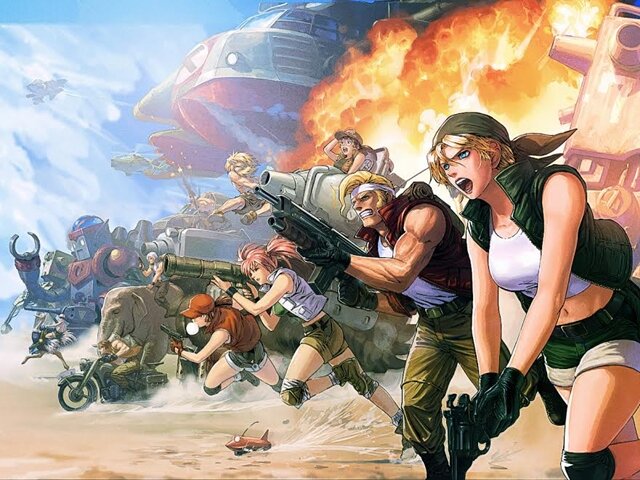 According to Korean webzine Inven and Gatoray on Twitter, SNK Interactive will have not one but two new Metal Slug games in development that both appear to be ready for a 2020 launch. Not counting the recent remakes of Metal Slug 7 that released on Xbox One and PlayStation 4 in recent years, these would be the first new successors to the franchise in over a decade.

The Metal Slug series received its last official version in Metal Slug 7 on the Nintendo DS. Since then, SNK Interactive has released a number of compilations and enhanced versions but nothing in the genre of run 'n gun in quite a long time. Even the last newer titles to bear the name were tower defense titles called Metal Slug Defense and Metal Slug Attack.

According to Inven, the two new titles are being developed in Japan, one for mobile and a second for console, and remain separate from the mobile title that Tencent's Timi Studio is working on. Development on the mobile title is roughly 80% complete and will be a "2D side-scrolling card-type" set to launch on both iOS and Android platforms later this year.

The other console title has no new details as of yet, but it has been confirmed that this new title will be in the same sidescrolling run 'n gun genre as contemporary Metal Slug games. Jeon Se-hwan, CEO of SNK Interactive, mentioned that both the mobile and console titles that will be released this year are focused on both the 10-20 and 30-40 year old demographics, perhaps as a sign that they're perhaps hoping to use nostalgia for the Neo Geo titles to help develop the console version.

Including Tencent's smartphone game, three new Metal Slug games are currently in development. With a number of summer games presentations about to begin later this week, there's a good chance that players could see one or both of these titles being announced for a Western release.