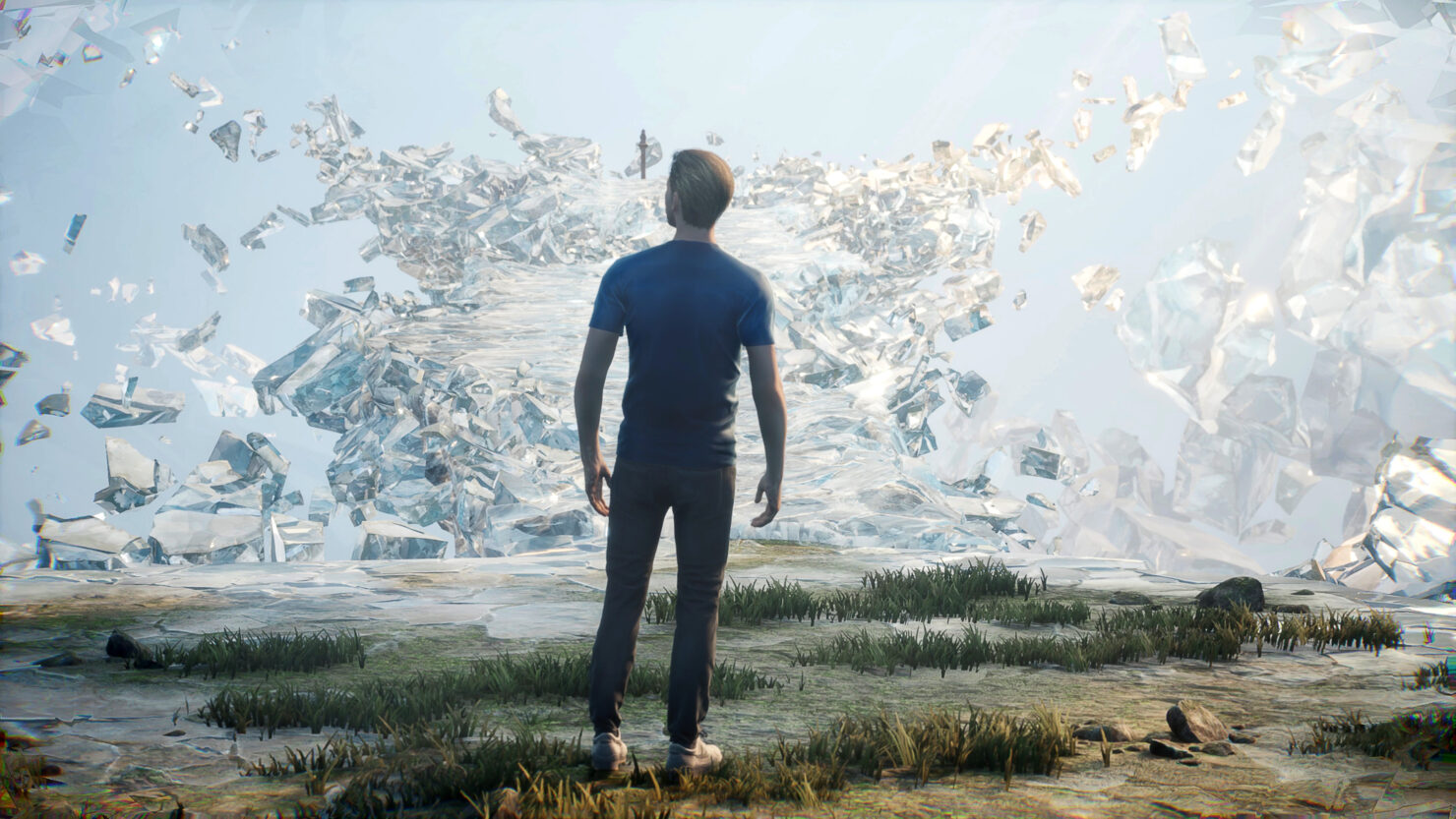 DONTNOD is starting to become synonymous with thoughtful, emotive, linear games, and the upcoming Twin Mirror seems to follow in that tradition. We’ve seen some footage of Twin Mirror before now, but the studio recently showcased some more defined footage behind closed digital doors that suggest what we might expect when the game releases later this year.

Walking through the first twenty or so minutes of the game, we saw how Twin Mirror is shaping up to be an evolution of DONTNOD’s iconic formula and storytelling, as well as a look back at some of their lesser-known works. Set away from the Lynchian Pacific North West, Twin Mirror will more closely follow the structure of a thriller, complete with moody lighting, unflinching cameras, and conspiracies. Arriving in Basswood, we see protagonist Sam Briggs doing the typical adventure games things of speaking to himself and examining everything in the area. But as he approached a tourist telescope that overlooked the town, we also got to see the newly renovated mind palace that seems to make up the heart of Twin Mirror’s story.

And it also bears a striking resemblance to Remember Me, one of DONTNOD's earliest games. The Mind Palace is a place where Briggs can go to search his memories much like Sherlock in the BBC series or countless other detectives throughout fictional history. In Remember Me, the player had the ability to hack and alter the memory of others, changing their personalities, ideals, and goals. It was a system that directly led to the puzzle mechanics you can find in Life is Strange, but it might be that we see Briggs begin to edit his own memories in the palace as time goes on, although to be clear, this is only a theory and was not shown in the video.

What we did see though is a stylish and creative way of introducing characters into the story, without needing to shoehorn exposition heavy dialogue that defines their relationships. In the video, we were introduced to Anna, the ex-girlfriend of Briggs, through a short series of flashbacks that neatly familiarise the player with her personality as well as her relationship with Briggs. On top of that, the Mind Palace just looks cool, with the world falling away and being replaced by floating shards of the titular mirrors. The style in general seems to be leaning away from the more comics looking, highly stylised work of Life is Strange, with a more realistic colour palette and thinner outlines.

The video also demonstrated what will no doubt be one of the core conflicts in Twin Mirror. While in the mind palace, it seems that Briggs is less aware of the world and can lose time while lost in his memories. We don’t yet know if you have any say on when he enters the mind palace or if it will only happen at story relevant moments, but losing time could have serious implications on relationships and the investigations, too.

Speaking of the story, we don’t yet have a great idea of what to expect, but it seems to revolve around Briggs' friend who died in a car crash that not everyone believes was accidental. Like Life is Strange, the action is set in a small town overflowing with secrets, but perhaps this time of a less magical nature. In the first twenty minutes, we only got the vaguest hint of the story, but that was intriguing enough. The folks at DONTNOD have shown time and time again they are good at developing interesting characters and creating enthralling mysteries and this seems no different.

One such character that Twin Mirror has been teasing us with since its announcement is the Double. This imaginary entity appears to Briggs whenever a difficult choice needs to be made, and seems to exist at least initially to provide some context and opposing views on the matter. It is obvious that DONTNOD have more planned for the Double but his role is already fascinating in a game about making choices, from a studio known for making choices. Perhaps the studio wanted to introduce him as a way to try and provoke more thoughts from the player. Life is Strange often saw the community around it heavily lean towards a single choice, something the Double could be there to discourage this time around. In the video, for instance, I had a good idea of the choice I would have taken until the Double raised some excellent points I hadn’t even considered. Whether or not this is true of everyone is yet to be seen, but his input looks to set this game apart from earlier DONTNOD works.

There wasn’t a great deal of brand new information to be gleaned from the video, but it has neatly set up the tone and expectations for the finished product. The mind palace and the Double both stand out as features worth exploring more, features that we can assume DONTNOD are going to continue to tease information about as we get closer to launch. The story and characters appear interesting, but we don’t know enough about them yet to see if they really get their claws into you like with the Life is Strange series. Overall, Twin Mirror is starting to look more polished and intriguing, and well worth storing in your shiny mind palace.

The game will release later this year on PC (through the Epic Games Store), PlayStation 4 and Xbox One.