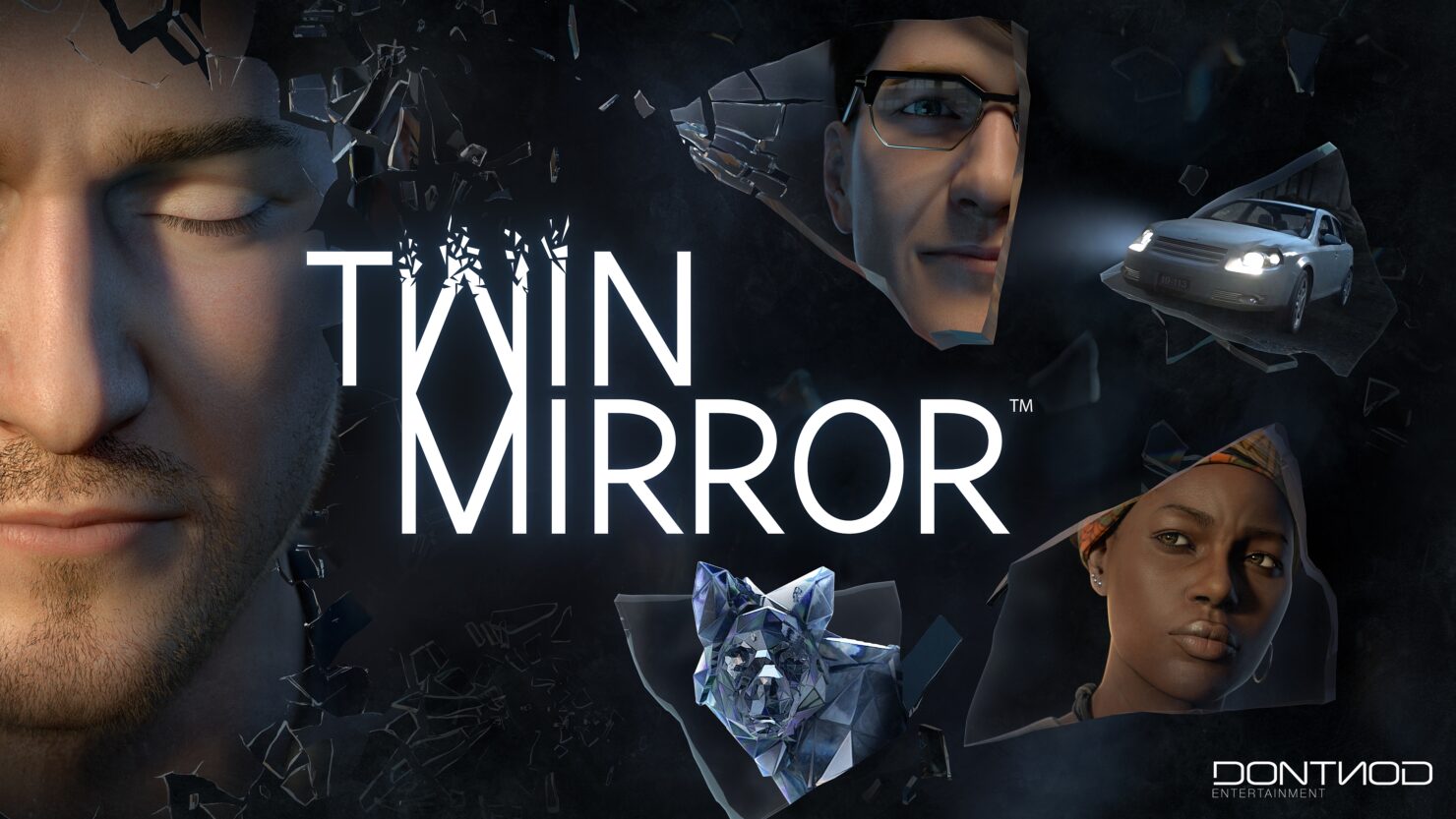 The beginning of Twin Mirror feels like the beginning of any other DONTNOD narrative game. A subtly beautiful soundtrack overlaid with lovely shots of the rural Americana that can only exist as a foreigner's imagination of the place. The real America doesn’t look like this, it doesn’t feel like this. But it likes to pretend it does, and sometimes visitors can pretend it does too. But there is something else here, something different that separates it from DONTNODs other work.

Twin Mirror doesn’t feel like Life is Strange. It's more mature. Not because the stories that Life is Strange or Tell Me Why were juvenile, but because they focused on the youth of those characters. We saw the world as those young people, with bright colours, strange jokes, and endless possibilities. The world is Twin Mirrors appears as it does with adult eyes. There are no drawings that appear in the periphery of your vision when you play as Sam Higgs. His thoughts are clear text and organised.

And with that comes a cleaner way of investigating. Like other DONTNOD games, Twin Mirror revolves around a mystery that you are tasked, willingly or unwillingly, to solve. And like other DONTNOT games, this means you’ll be sifting through an area, absorbing all the information left behind by the people that live, work, or otherwise exist in that place so that you can find the right clue, the right fragment of the mystery, and move on to new places. Most narrative games like this will have you stopping to meticulously examine each item, each sign, each post-it note in turn, weighing its relevance in your hand like LA Noire. Twin Mirror has streamlined this side of the investigation with a sprinkling of information at a glance, that can be enough to satisfy the less curious. Whenever you look at an object of interest you’ll see a window open, noting the thing and giving you a brief like of text, from Sam Higgs's perspective, as to the relevance and history of it. If you would like to delve deeper you can, but this surface extraction can help you find the things important to the story without losing the context and subtext of the area, and the characters within it.

It works incredibly well, even with the few positioning errors that I encountered on this preview build. When the full game launches, I can only imagine that it is the sort of low-key quality of life change that will really help players connect with the game, even if they don’t notice it for the much flashy Mind Palace elements of the investigation. I’ve spoken about the Mind Palace earlier, and its inclusion feels exactly as expected. The game uses it frequently to introduce characters and their relationship to Sam Higgs in a way that is far less intrusive than stating it all in clunky dialogue. It's also a big part of the investigation as well, doing recreations of scenes much as we've seen in several other games like The Vanishing of Ethan Carter. 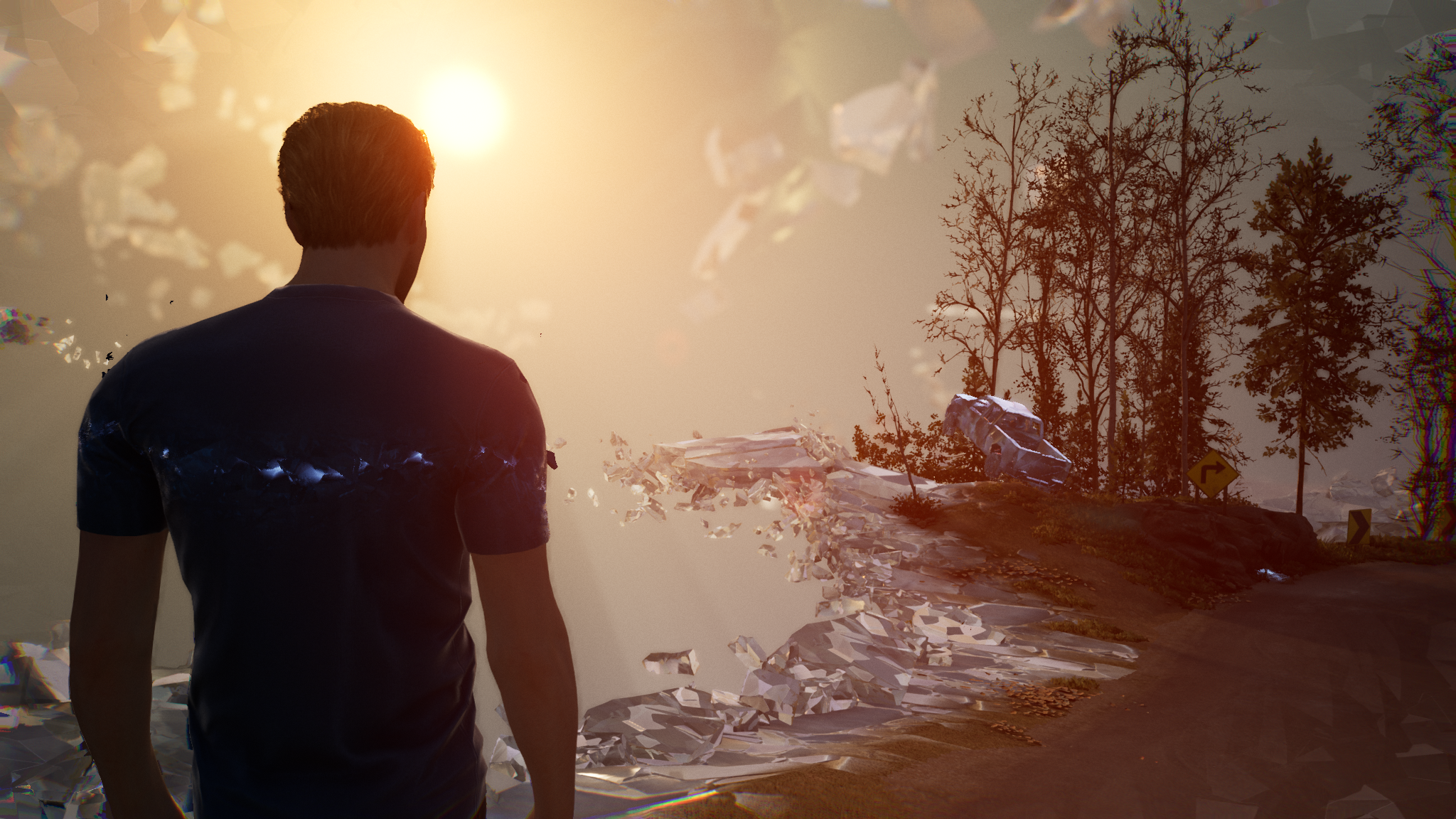 These improvements make it even more of a shame that all of this comes with arguably the most boring protagonist DONTNOD have imagined in their decade-long history as a game developer. Sam Higgs is a man who can almost perfectly recall memories, recreate scenes that he didn’t see from a handful of clues, and even has his own vaguely unnerving imaginary friend, and yet all he talks about is how boring his life is and how no one likes him. He could be Sherlock but instead feels like a typical angry, cynical, regretful bloke that you'd do your best to avoid getting stuck with at the pub.

He has an interesting past though, and his connection to the town you arrive in at the beginning of the game makes his relationships with the people here a lot more interesting than he actually is. It also does a fantastic job connecting him to the story. While most DONTNOD games have a much more personal story to share, where the crux of the game deals with how the central characters react to and overcome the challenges in their path, Twin Mirror feels more like a pure thriller. There has been a mysterious death, where not everything appears as it should, and the hint of conspiracy lingers. It's good, compelling stuff, even if it takes a few stuttering scenes to get the pace going. There is also a lot of room for the characters to tell their own stories as well, and it's typically impressive to see how fleshed out the side characters have become. One of the menu screens is dedicated to the characters you meet along the way, and there is a surprising amount of them that all feel distinct from each other.

Like every DONTNOD game so far, there is something Lynchian about the experience: the small town with big secrets. But while the others have a hint of magical realism about them, this one settles more for a detective thriller. In Twin Mirror the threats aren’t so otherworldly or hard to understand, but its nonetheless setting itself up to be a compelling, intricate story with enough puzzles to stir the mind and enough character to stir the heart, as long as Higgs can stop talking about how sad he is.

Twin Mirror is out December 1st on PC (as an Epic Games store exclusive), PlayStation 4, and Xbox One.