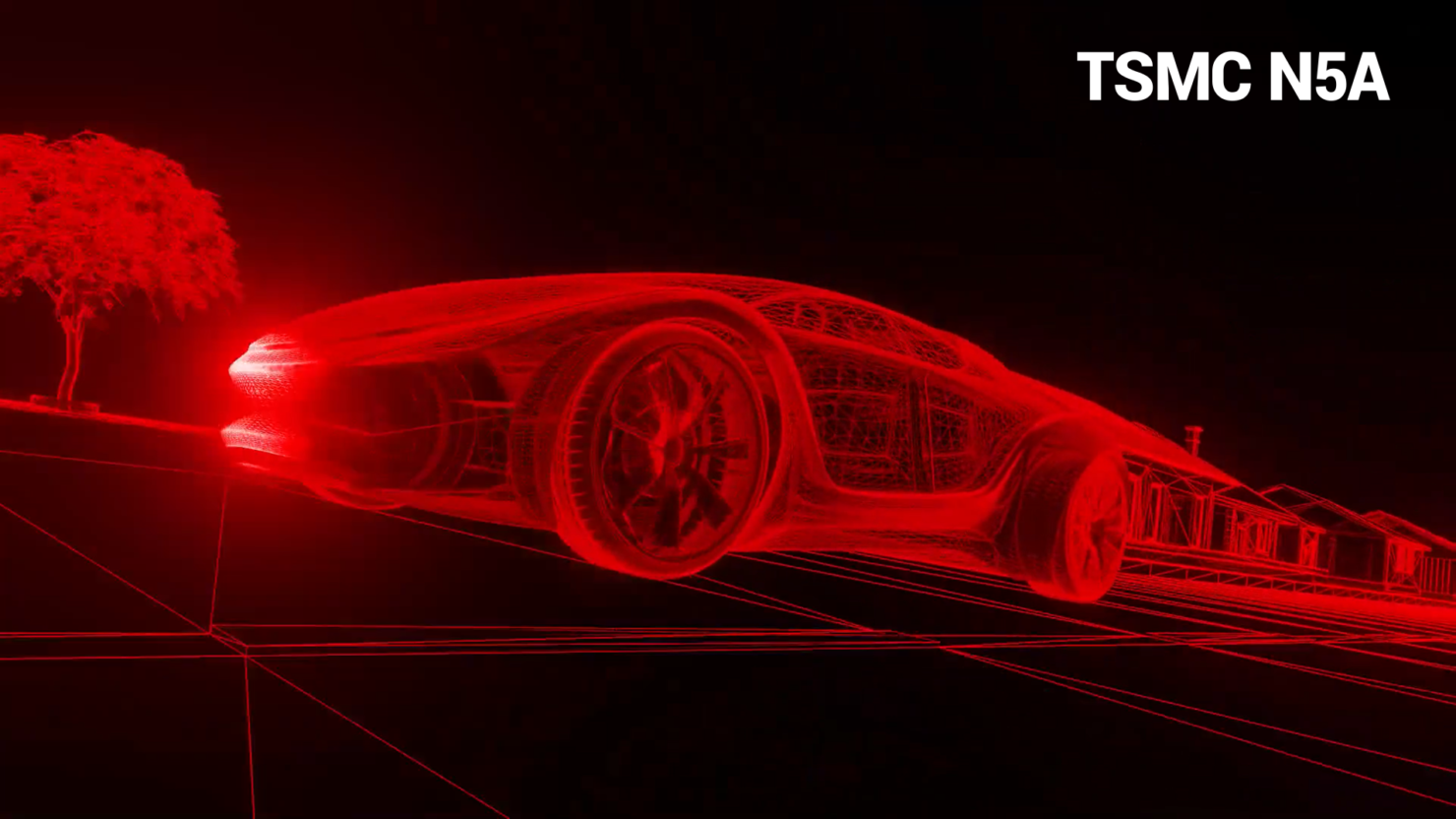 At its online technology symposium yesterday, the Taiwan Semiconductor Manufacturing Company (TSMC) solidified its portfolio of chip manufacturing technologies by announcing customized semiconductor nodes. TSMC, which is the world's largest contract chip manufacturer, does not sell any products in the market. Instead, it produces chips on orders placed by companies all over the globe, including American firms such as Apple Inc, Advanced Micro Devices, Inc, Qualcomm Incorporated and NVIDIA Corporation.

At the symposium, TSMC's chief executive officer Dr. C.C. Wei introduced two new semiconductor processes. Dubbed as the N5A and N6RF, these will be customized for automotive and communications products, respectively. Building on the announcement, TSMC's director for Automotive and MCU, Dr. Cheng-Meng Lin and its director for RF and Analog Business, Dr. Jie Jay Sun, shared details for these nodes, and in his keynote, Dr. Wei was clear to emphasize that TSMC's customers do not have to worry about competing products from the fab.

Following Dr. Wei's keynote, Dr. Lin shared details about TSMC's N5A process node. According to the executive, this node will be the first of its kind to date, and it will be the most advanced chipmaking process for automotive applications.

TSMC is currently manufacturing chips for automotive applications with its N6 and N7 process nodes. These are similar to the ones used for other applications such as personal computing and smartphones. However, with the N5A, the fab will allocate specific capacities of the N5 for automotive purposes, and it aims to secure the required certifications for these purposes by the third quarter of next year.

Dr. Lin's comments on the matter are as follows:

N5A inherits the computing performance power efficiency and logic density from N5. It is under development and target Grade-2 QA in third quarter 2022.

In his talk, Dr. Sun provided details for the N6RF process. He elaborated that N6RF transistors improve power efficiency and performance over the preceding 16nm process. Additionally, according to the executive, the transistors significantly improve key radio frequency (RF) performance areas such as cut-off frequency (f-t) and conductance. In RF transistor design, (f-t) and (f-max) refer to the maximum frequency which it can generate before the signal or energy is reduced, and conductance refers to the ability of a transistor to translate applied voltage into the outputted current. 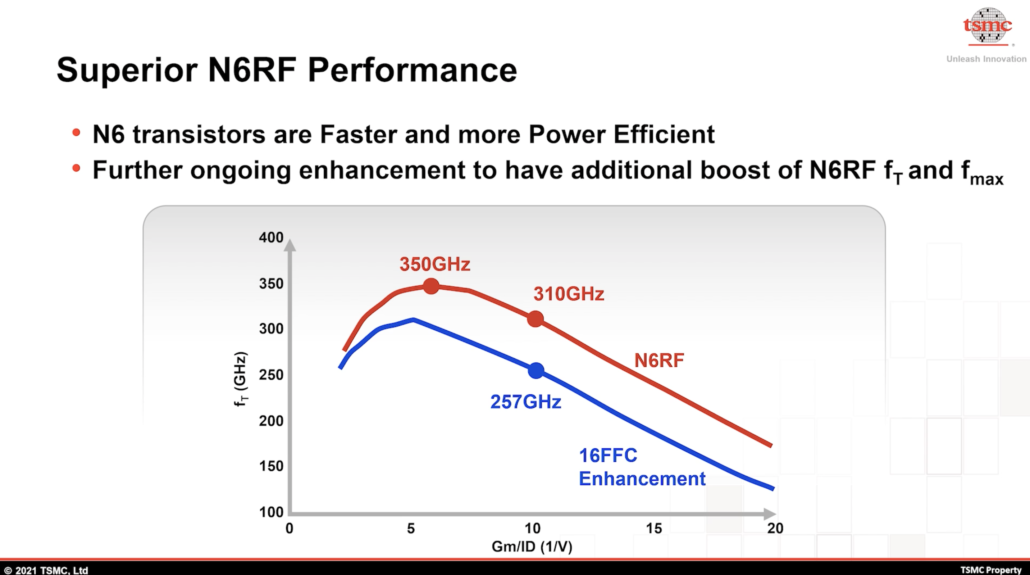 The process can also reduce power consumption and area by up to 50% for some use cases over the 16nm process. Design tools for N6RF are already available, and TSMC also plans to improve performance through an 'Enhanced' version set to be introduced next year.

N5A and N6RF were the surprising announcements made yesterday, as they indicated TSMC's willingness to customize its processes to their use cases. The fab's opening model of a contract manufacturer supports this decision, as it allows its customers to pick between either general-purpose processes or specialized use cases.

It will particularly serve as a strong alternative to Intel Corporation's plans to enter the contract manufacturing space through its planned investment in its Arizona campus. Under its IDM 2.0 plan, the Santa Clara, California-based chip behemoth will open its foundries to companies such as Qualcomm, AMD and Apple, and hope that they use its facilities for their chip needs.

TSMC's decision to announce the customized nodes targets Intel's ability to attract corporate customers, as, through processes such as the N6RF and N5A, the Taiwanese fab will create confidence in its chipmaking capabilities. In addition, it will also market its processes as having specific advantages important to a fixed set of products such as 5G modems. These, when compared to what right now appear to be general-purpose chip nodes offered by Intel in the future, will garner serious customer interest.

In his closing remarks to his keynote yesterday, Dr. Wei emphasized the value TSMC placed on its customer relationships and stated that TSMC's customers are concerned with competing products in the market from the fab itself. The executive closed his session by stating that:

Speaking of trust, I cannot emphasize enough that TSMC will never have our own products to compete with yours[TSMC's customers]. That's why we are able to work closely and grow together.