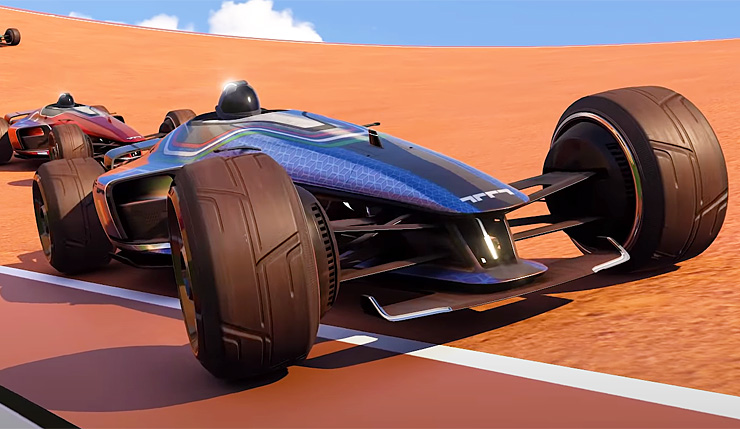 Earlier this year, Ubisoft revealed the fan-favorite Trackmania Nations was getting a reboot, now simply titled Trackmania. The announcement kind of came out of nowhere, and a lot of questions were left unanswered. Heck, we didn’t even get a trailer! Well, thankfully that’s now changed. The new trailer provides a peek at the game's new building tools and impressive sense of speed – check it out below.

Need to know more about the new TrackMania? Here’s the official description:

Race, create and compete in this remake of the legendary Trackmania Nations. Trackmania is a new start for the franchise, with better live content, better progression opportunities, new blocks and upgraded graphics. With its unique racing experience, creation and sharing tools and in-game competition systems, the franchise reinvents itself to become the racing discipline of today. Welcome to the club!

As we learned before, the game will have a heavy live-service focus:

Trackmania will have daily and weekly casual cups, seasonal official campaign rankings, and a Grand League & Open Grand League happening two times a year. Community events and professional tournaments will have easy in-game access and will be advertised on tracks, bringing the fantasy of esports to Trackmania.

Trackmania has always had a large amount of content thanks to our players, but players often rush through the campaign and then stop playing. So, we decided to create a seasonal game, with a regular official campaign and one daily track selection among all players submitted and peer-reviewed maps. Additionally, we intend to create regular updates featuring new seasonal blocks or new features.

Trackmania was originally supposed to hit the track on May 5, but will now launch on PC (via the Epic Games Store and Uplay) on July 1 due to the COVID-19 pandemic. Ubisoft has yet to reveal a pricing scheme for the game – Trackmania Nations was free-to-play, but it’s not clear if that’s still the case.