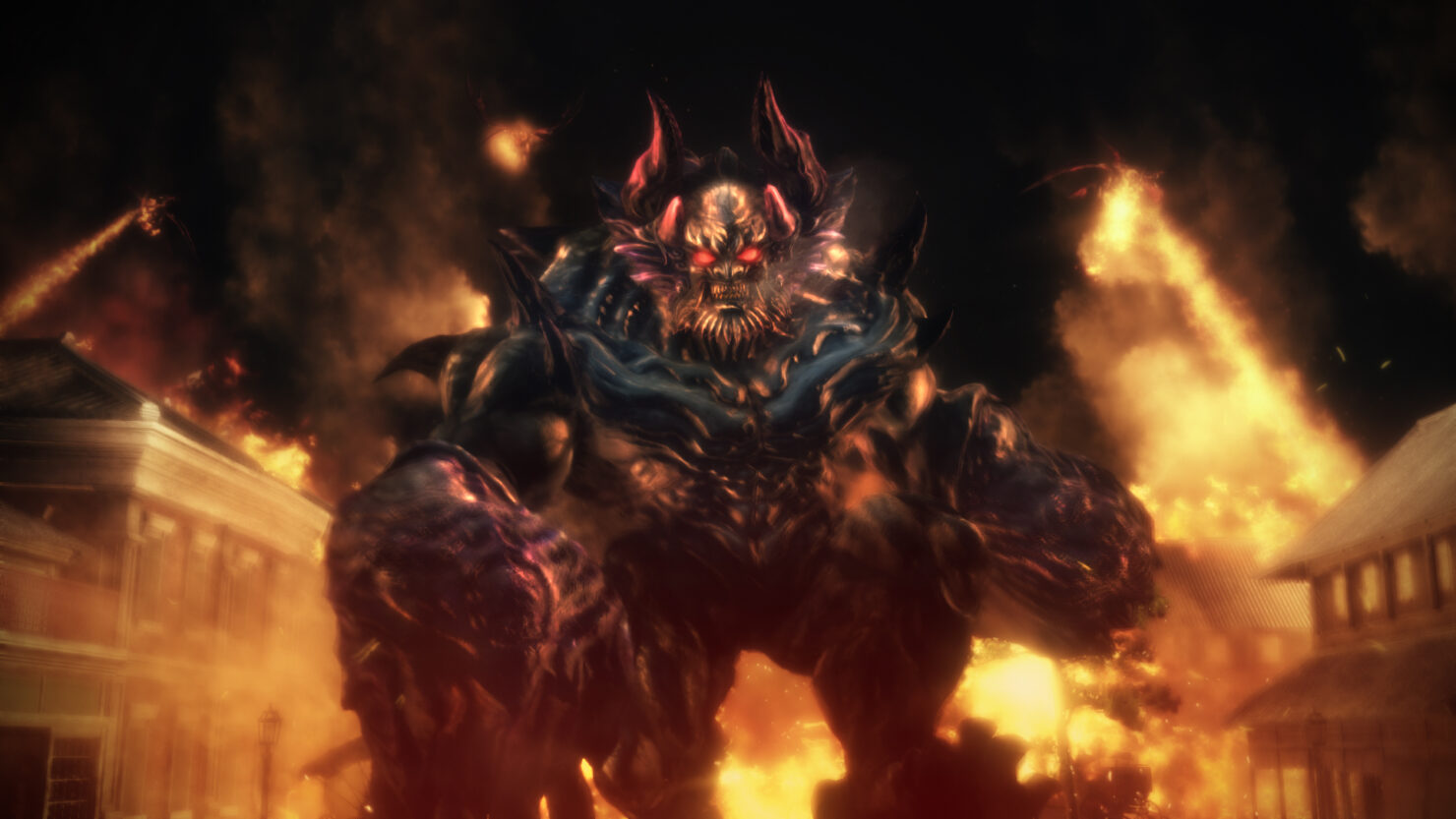 Slayers, are you ready? Koei Tecmo announced today the release date for the demon-hunting action-RPG, Toukiden 2. Join a new group of Slayers as they defend mankind from vicious Oni attacking the city of Yokohama.

Part of the combat this time around is the inclusion of the Demon Hand, a strange device that creates the 'physical manifestations' of the Slayers' thoughts. As you can see in the trailer, the way the Demon Hand translates into gameplay is it lets create a giant hand to grab and throw enemies. The Demon Hand can even be used as a grappling hook to access inaccessible areas.

If you're not familiar with the Toukiden series, Koei Tecmo gave us some background for Toukiden 2 via press release:

During an event known as the Awakening, when Oni ravaged the world and left it in ruins, a group of Slayers – defenders of mankind – set out to defend the city of Yokohama and drive back an attacking force of Oni. In the midst of their fierce battle, a giant demon emerged, and opened a portal that swallowed a lone Slayer. Ten years later, and with no memory of the past, that Slayer awakens in Mahoroba Village. Toukiden 2 puts players into the boots of this mysterious Slayer, who is accompanied by a unique cast of compelling characters: Hakase, a professor keen to learn the truth of the world, Tokitsugu, a Machina imbued with a human soul, Gwen, a young British Slayer and master of sword and shield, Benizuki, a kind-hearted fellow considered to be the strongest Slayer in town, and Homura, an ex-thief turned Slayer who wields a chain whip.

Koei Tecmo announced the return of the Machina, little robotic companions that bring back rare crafting components from the Otherworld. These components can be used to create better equipment at the blacksmith. As you upgrade these little robot friends, the quality of materials they bring back will also drastically improve.

Toukiden 2 will be available March 21 in North America on PC, Playstation 4, and Vita. European players will get to play on March 24. Pre-ordering the game from Amazon, Best Buy, EB or Gamestop will allow players to get the Tenko Costume.