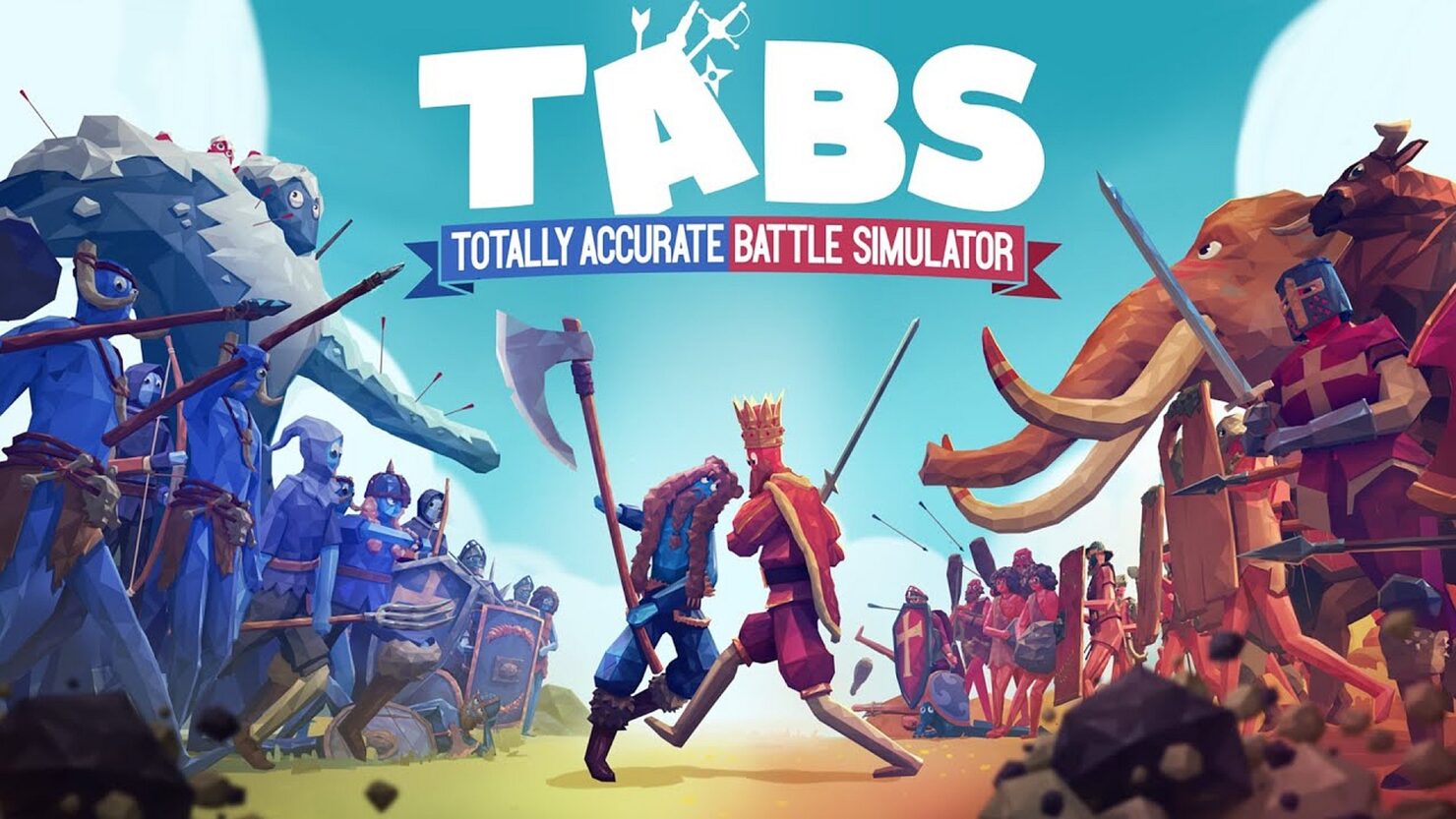 Who would win in a fight: Zeus, or a wooly mammoth? Or how about between a Viking Longship and a wheelbarrow? What about a brave knight and a haunted scarecrow? These are the questions that have plagued mankind for centuries, but we finally have a tool to answer these questions. Totally Accurate Battle Simulator is the latest game from Swedish developer Landfall and lets players build incredibly silly armies to fight it out for our amusement.

To call Totally Accurate Battle Simulator a strategy game would be a disservice to both TABS and the genre. While there is a campaign where players have to build an army to defeat a specific enemy army, the results are always more comical than truly strategic. The player will be shown exactly who they have to defeat and where they are on the battlefield, then recruit a counter army using a simple but effective points system. Zeus costs thousands of points, while a simple farmer only costs sixty or so. Once you’ve used all your points or are happy enough with your regiment, the battle will unfold.

Unlike other army games though, your soldiers, even the good ones, will march awkwardly, flail wildly and appear hilariously unthreatening. There is something extremely enjoyable about the animation in the game, and how the soldiers bump into and off of each other as they haphazardly jab with their weapons. This rarely ununiformed army also takes strategy completely out of the window, as the outcome can change drastically and by sheer chance. Players have no control over the battle once it begins so will have to just sit back and watch to see the outcome. 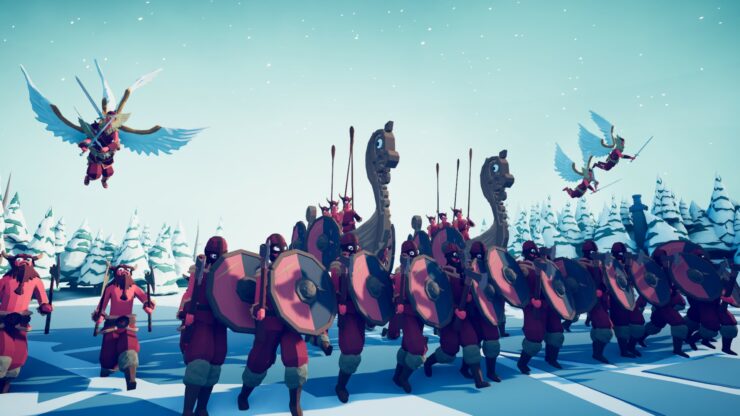 To be perfectly clear, though, Totally Accurate Battle Simulator is a game that does not take itself seriously at all. This isn’t some terrible attempt at breaking into the strategy genre but a loving and cheeky homage to it. Each unit has a unique trait and appearance, and while the game never tells you how anything will behave, it is safe to say it will do something funny. The wheelbarrow I mentioned earlier is the closest thing to cavalry the game has, as it speeds headlong into enemy groups and destroys their defences, but more often than not, falling off the nearest cliff. The Viking longship is not a naval unit, but a ship being carried across the land by two sailors who will throw it at the enemies at the slightest provocation.

Although the campaign is fun enough and gives you the excuse to learn about the traits of each unit, the real fun in the game comes from the sandbox. Here you can freely experiment with the troops, creating near limitless armies on both sides and watching the ensuing chaos. I say limitless because the game doesn’t stop you adding troops, but the software and your computer itself will strain if you get a little too ambitious here. A lot of the excitement for this game seemed to come from the Twitter as Landfall game designer and CEO Wilhelm Nylund has been posting short videos of the game for most of last year. These short videos express what is so much fun in TABS, and that is simply watching strange warriors do all kinds of bizarre things. Building a small force and unleashing it against another team is exciting, as the outcome is never predictable, and funny. Watching a medieval king take a catapulted rock to the face before marching on is simply bonkers, and if that doesn’t sound fun as a set up I don’t know how to help you.

My favourite experience with TABS, however, was playing it with friends. What started as me showing them this silly little distracting game turned into a night of debauchery as we quickly turned the whole thing into a drinking game. Two players would create opposing armies, and everyone would bet a drink or two on the result. The bets and the armies got more outrageous as the evening went on before we finally ran out of vodka. 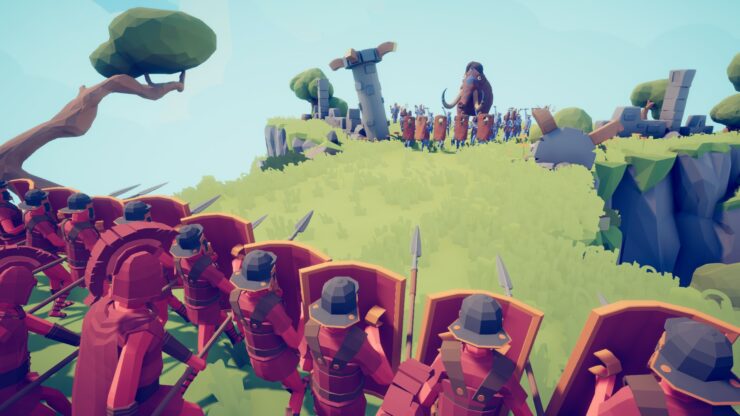 And when you’re not blind drunk because the Minotaur you bet on got frozen by ice arrows, the game can even be quite cinematic. The art style is beautiful. The bright colours highlight the lovely soft shapes and amusing animations, and the cartoonish style makes sure you never actually wince at any deaths. As the totally accurate battles rage, however, the player in control can pull the camera in and out of the action. Catching decisive moments and hilarious ones, too. I wouldn’t be surprised if someone was currently trying to recreate the famous battles from the likes of Lord of the Rings and Game of Thrones in this title.

If you are looking for something that you can mess around with, and something that will keep you surprised, this is the right game. There’s no real pressure to fight against or challenges to overcome, just the chance to watch something funny happen and know that you were a part of it. And with new features being teased already, the game looks to keep you occupied longer than you might think.