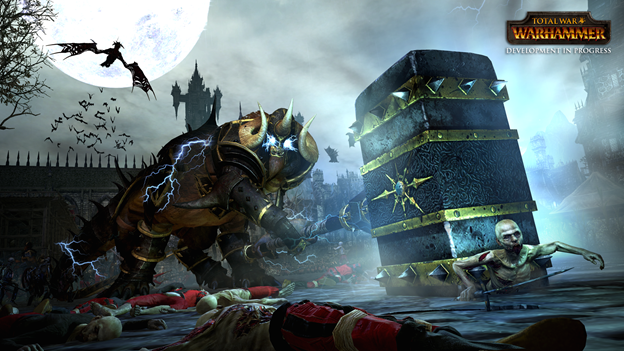 Creative Assembly have extended their Total War: Warhammer pre-order bonus to any customer who picks up the game in the first week after its launch.

Retailers who are currently supporting the pre-order pack will continue to offer it until 10am PDT/6pm BST on May 31st, a week after its May 24th launch.

Speaking about the decision, creative director on the game Mike Simpson said:

The Chaos Warriors have proven to be hugely popular.

By extending the deadline for getting them for free by a week, we can ensure loyal fans who don’t feel like pre-ordering  don’t miss out, while still rewarding early adopters whose support is really valuable to us.

We’re really confident in the game and with the community backing us so strongly this should be the biggest launch for Total War ever.

Total War: Warhammer is the very first fantasy entry in the longrunning franchise, and will offer fans of both franchises something to look forward to.

People happy to skip the third party sellers and planning to pick it up directly on Steam will be eligible for the Chaos Warrior pack.