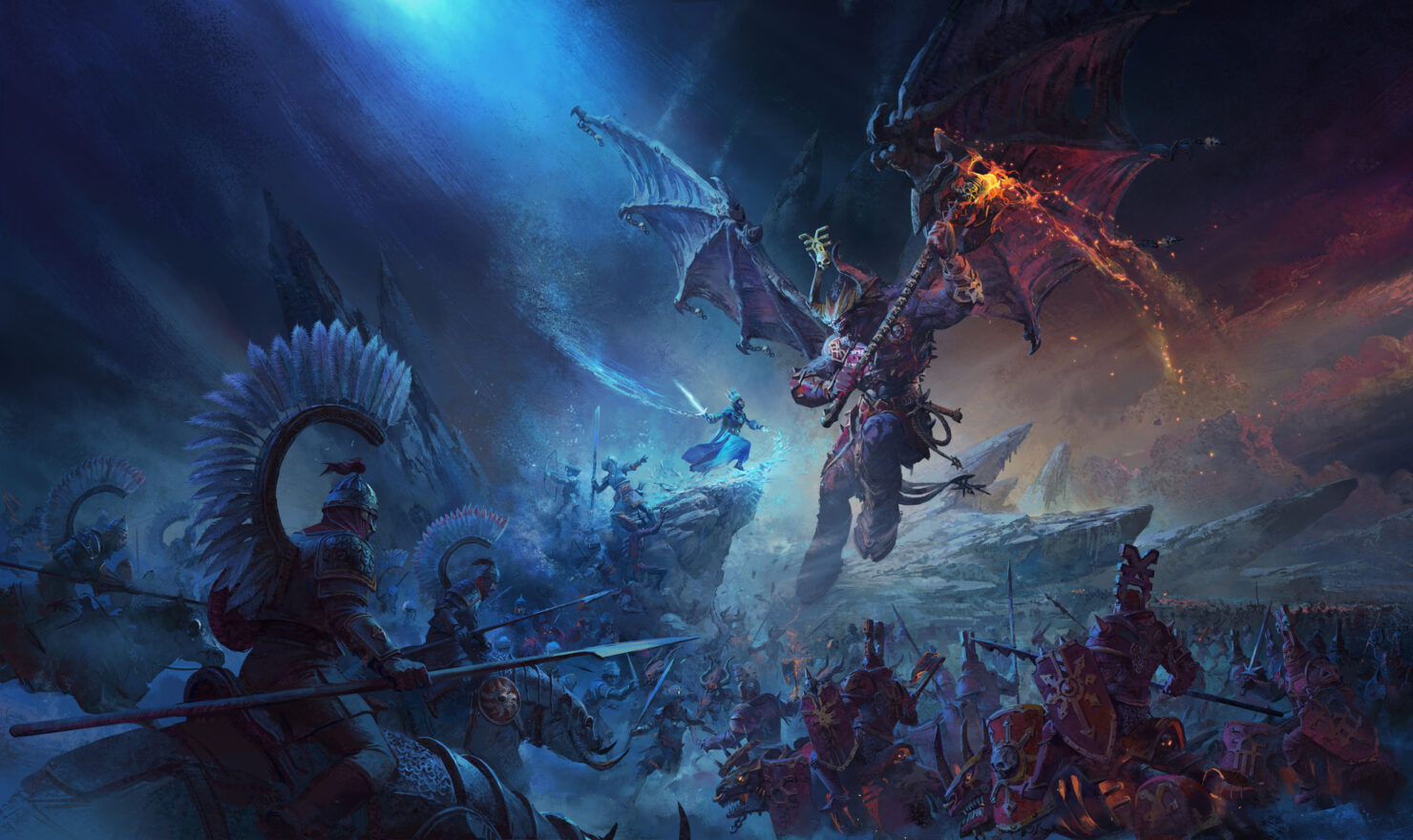 In the latest Total War: Warhammer III trailer, Creative Assembly shows off some gameplay with the Grand Cathay. Players can watch as the Grand Cathay defends the fabled Great Bastion. Kairos Fateweaver, Greater Daemon of the Chaos God Tzeentch, sends his unfathomable hordes forth, and the Storm Dragon must stand resolute in the defense of her father's empire.

You can watch these eternal enemies face off below:

The Great Bastion is the symbol of everlasting defiance that has protected Grand Cathay from the wrath of the Chaos Gods for millennia. This titanic, night-impenetrable wall is imbued with ancient magic that runs the length of the Celestial Dragon Empire's northern border with the hostile Chaos Wastes.

Made up of three gatehouses, this unique settlement has access to its own building chains, commandments, and can be further bolstered by the great Wu Xing Compass which channels the Winds of Magic to its aid, allowing for greater campaign and battle bonuses. Players can make use of new features like the ability to construct missile towers while defending this great settlement.

We talked about the Grand Cathay before. Coming from the east of the world, they are inspired by the Rapa Nui, using giant statues to fortify their locations and then using magic to bring these statues to life to assault the enemy. All of this while carrying their emblematic Jade Dragon symbol.

Meanwhile, their rivals (at least in this spotlight) are the Tzeentch. Of all the Chaos Gods, only Tzeentch has found any purchase within Grand Cathay itself, and the Changer of Ways has infiltrated aspects of Cathayan society where the more overt tactics of his brothers have failed.

A being unmatched in magical capability and subterfuge, Tzeentch has bestowed this gift upon his minions to wreck-havoc upon the mortal world. More details regarding Tzeentch and its Legendary Lord, Kairos Fatewever, will be revealed soon.

Total War: Warhammer III is slated for release on PC (Via Steam and Epic Games Store) in Early 2022.