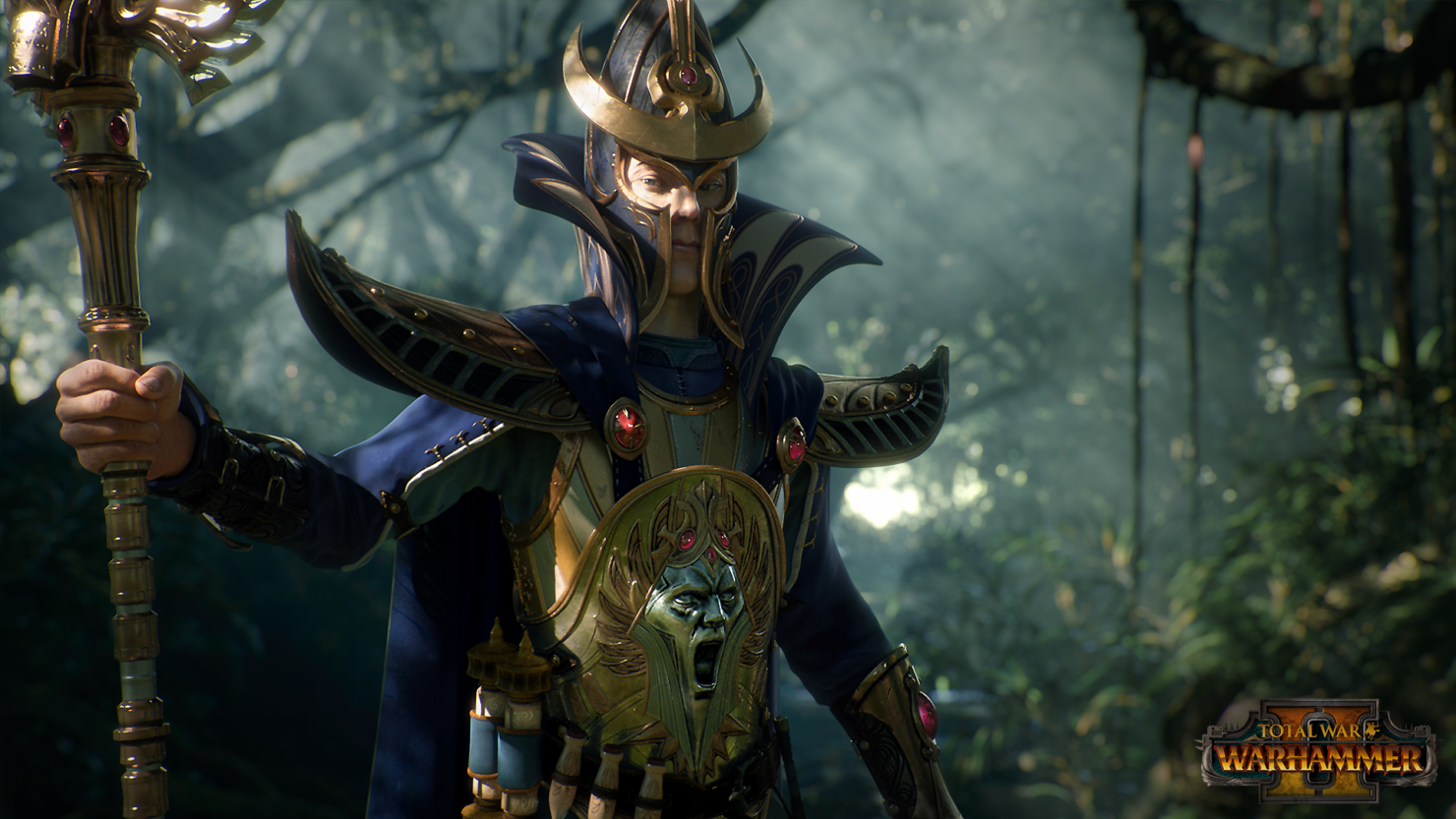 Creative Assembly and SEGA announced today that Total War: WARHAMMER II will launch later this year on PC. As you can easily guess from the title, it's the sequel to 2016's excellent real-time strategy game and the second entry in the planned trilogy.

The press release mentions that hundreds of hours of gameplay will be available in the new campaign across four new continents: Ulthuan, Naggaroth, The Southlands and Lustria; moreover, the studio will release shortly after launch a huge combined map featuring both the old and new regions (provided that you own both games).

Total War: WARHAMMER II unveils the mystery-shrouded continents far to the west of The Old World.  Featuring four iconic new races from the Warhammer Fantasy Battles world – the High Elves, Dark Elves, Lizardmen, and a fourth yet to be revealed – players will battle across enchanted isles, bleak hinterlands, treacherous swamps, and perilous jungles.

In a Total War campaign like no other, players will struggle for dominion over the ailing Great Vortex that has swirled for millennia above the elven homeland of Ulthuan. Performing a series of arcane rituals, each race must save or disrupt the Vortex according to their motivations – a struggle culminating in a cataclysmic endgame. Territorial conquest is no longer enough… this is a race for control that will define the fate of the world!

Total War: WARHAMMER II represents the next step in our trilogy, our vision for the most incredible fantasy strategy series ever made. The success of the first game has increased our ambition; we’re not only going to deliver a thrilling campaign in the sequel, but also an additional combined campaign, the biggest so far, for owners of both.

We're thrilled to see the sequel to last year’s smash hit Total War: Warhammer coming later this year. Sega and The Creative Assembly continue to astound us with their ability in crafting the Warhammer Fantasy Battles world in further glorious pageantry, with races never realised on this scale before in a video game. We are proud to be in partnership with them on this next great step in the franchise.

Check out the cinematic trailer below.