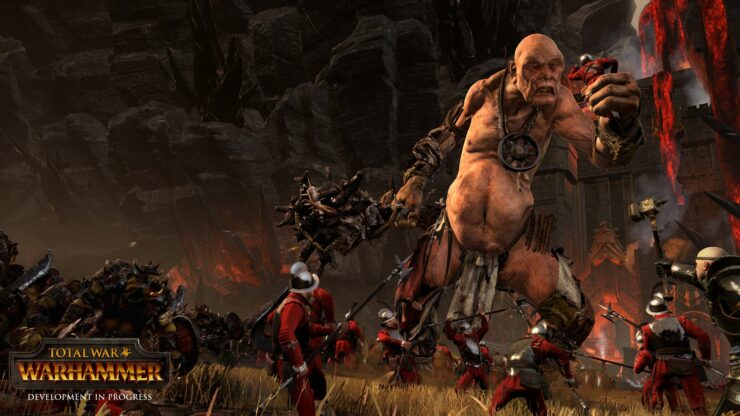 Back in March, it's been confirmed that the Creative Assembly developed strategy game Total War Warhammer, launching next week on PC, is going to support DX12. Not much else has been said about the matter in the past few weeks, but today the team revealed more not only on this matter, but also on the optimization work that has gone into their game.

We’re pleased to confirm that Total War: WARHAMMER will also be DX12 compatible, and our graphics team has been working in close concert with AMD’s engineers on the implementation. This will be patched in a little after the game launches, but we’re really happy with the DX12 performance we’re seeing so far, so watch this space!

As already mentioned, the team has also detailed some of the optimization work that has gone into Total War Warhammer, revealing how they managed to use the CPU and GPU more efficiently, with the game taking better advantage of multicore CPUs, balancing the load across cores so that no core is maxed out.

Total War has traditionally been quite CPU-bound, with the game-draw and graphics render processes both running on the same CPU thread. Over time, as the engine has evolved and become more demanding, this has become an increasingly important bottleneck for us. During the course of TWWH’s development, we’ve spent time separating these so they now run independently on their own threads. We’ve also optimized our task-system to have better multi-threading performance across the board.

In GPU terms, we’ve shifted our particle simulation pipeline from the pixel shader to the compute shader, which is a more efficient use of the GPU’s time. In fact we’ve done this with several parts of the rendering pipeline, further utilizing the GPU and letting the CPU focus on everything else it has to do.

More information on the engine having been switched from 32 to 64-bit, anti-aliasing, MSAA implementation and more can be found on the developer's blog.

Total War Warhammer will launch on PC next week, on May 24th.